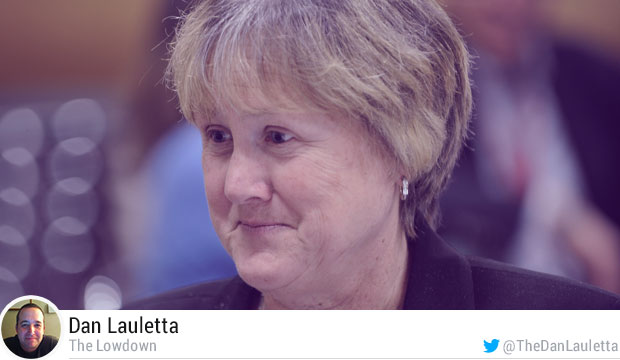 For the first time the National Women’s Soccer League will undergo a seismic shift in leadership.  Cheryl Bailey will step down as executive director of the fledgling league as soon as the search for her successor is concluded.

NWSL owners have known about this for some time.  The league made a formal announcement on Tuesday after weekend buzz centered around a job posting discovered on the NCAA listings website and The Equalizer reported the move on Monday.  We’ll save the discussion about why and when the listing showed up there for another time.  Instead we will focus on the more important story, how this move will impact the league’s short- and long-term future.

No official reason was given for Bailey’s impending exit other than her saying in a statement, “now is the time for me to step away.”  Sources told The Equalizer that Bailey’s main motivation for leaving NWSL is to spend more time with family.  That is often code for a less than amicable separation, but that does not appear to be the case here.  Not only is Bailey staying on until a successor is found, she will continue after that as a consultant to aid in the transition.  And while the news is new to most of us, indications are the owners have known for some time that Bailey would step down, and only the awkward discovery of the job posting prompted the league to make an announcement.

Bailey was hired on Nov. 29, 2012, at a time when no players were under contract and some of the teams had yet to formalize venues and coaching staffs.  The former general manager of the U.S women’s national team and University of Wisconsin athletic administrator helped the league and its clubs navigate a chaotic buildup to the inaugural weekend of play barely four months later.

[Read The Lowdown, Dan Lauletta’s regular column on the NWSL]

The job posting is for “executive director/commissioner.”  Commissioner was never part of Bailey’s job title and she never acted like any of those who hold that title in the country’s more established sports leagues.  Some saw her as an extension of U.S. Soccer, which funds the league office and the salaries of the top domestic players.  In reality Bailey ran a strong league office and was a tough negotiator in terms of player contracts with a deeper role than most realize.

If the new hire is more of a commissioner than business leader it could signal that NWSL is ready to take the first small step forward from being a year-to-year, dollar-to-dollar operation into a league with an eye for and a plan for future growth.  That is not to say NWSL is entirely stable, only to suggest that it might be time for some bold, new thinking.

Every successful sports league can trace important roots back to a decision or set of policies set forth by a commissioner.  Major League Soccer was floating idly along when Don Garber took over 15 summers ago.  The growth over the last decade is well-documented among soccer fans.  Pete Rozelle combined his clairvoyance about television with his innate ability to build consensus among egomaniacal owners.  The result was an all-for-one approach to television revenue.  A half-century later the NFL continues to thrive on the principle.

Somewhere out there is a bellwether moment or philosophy for NWSL.  The hope is that the next leader can identify and exploit it.  But that is the long term.  In the short term the league is heading into a critical juncture.  Both of its predecessors, WUSA and WPS, failed after completing three seasons.  The 2015 campaign will be NWSL’s third.  And while the tales of demise of the other two leagues are almost entirely different, their matching timelines create great symbolism for NWSL if it can equal and surpass the three-year mark.

Leadership changes are always fluid and to that end there is rarely a great time to transition upper management.  But Bailey’s exit from NWSL smells a lot different from Tonya Antonucci’s after two WPS seasons.  Antonucci had been far more influential in the building of WPS, having done the legwork on attracting investors.  By the time she left, two teams had preceded her out of the league and two more followed a few months later.

WUSA also underwent midlife leadership changes.  In their case, the impetus was a realization that giving big money to Barbara Allen, formerly of Quaker Oats, was not the best way to launch a professional sports league.

So like it or not Cheryl Bailey’s replacement will be dealing with the notion that his/her predecessor leaving was a sign of something amiss with the league’s stability, and will be taking over during a season some will naturally expect to be the last .  More realistically, whoever takes over will be in a unique position to capitalize on a sport that continues to struggle at the league level but that has never been more broadly relevant both here and abroad.

For me, the critical season will be No. 5.  This season and next, NWSL will walk a delicate line trying to balance its season with the World Cup and Olympics.  Both events are nearly certain to direct positive attention on the league.  One of the roles of the new commissioner will be to make sure there is enough foundation to absorb and effectively utilize that attention.  I believe if NWSL can get to the 2017 season on reasonably good footing it will stand an excellent chance of surviving for the long haul.