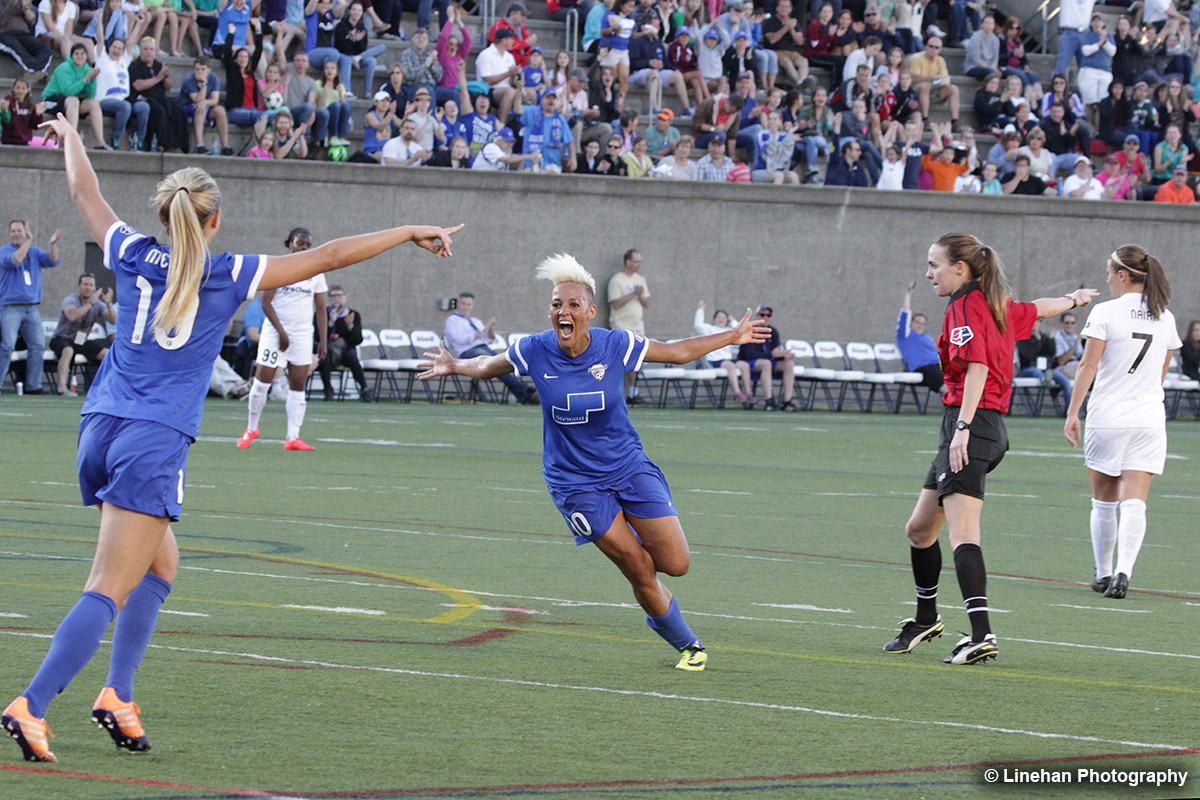 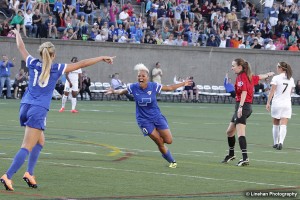 Lianne Sanderson won’t return to the Breakers in 2015. (Photo Copyright Clark Linehan for The Equalizer)

By no surprise, forward Lianne Sanderson will not return to the Boston Breakers in 2015, opting to stay in England and play for Arsenal ahead of the 2015 World Cup.

“I’m so pleased to be coming back to the club I call home,” she said. “I’ve got some fantastic memories of playing for Arsenal such as winning the quadruple in 2007 and I hope to be able to continue to create many more great memories. I grew up learning the game at Arsenal since the age of 8 and I get a real sense of pride every time I pull on the Arsenal shirt so I can’t wait to get started in January.”

Losing Sanderson is another blow for a Breakers team that finished second from bottom in 2014 with a 6-16-2 record (20 pts.). The Breakers traded away Heather O’Reilly — their leading scorer in 2014 — and lost Jazmine Reeves to early retirement and Joanna Lohman to Washington on waivers.

“We completely understand Lianne’s decision based on how hard it was for her last year with all of the back-and-forth travel of competing for her national team and that will only be higher in 2015,” Breakers general manager Lee Billiard said. “Obviously, we are disappointed not to have her but we feel that we have made several significant signings to fill the void.”

The 26-year-old is back in favor with the English national team with Mark Sampson now at the helm. She proved a key part of England’s direct qualification to the 2015 World Cup. She has 13 goals in 40 appearances for England.