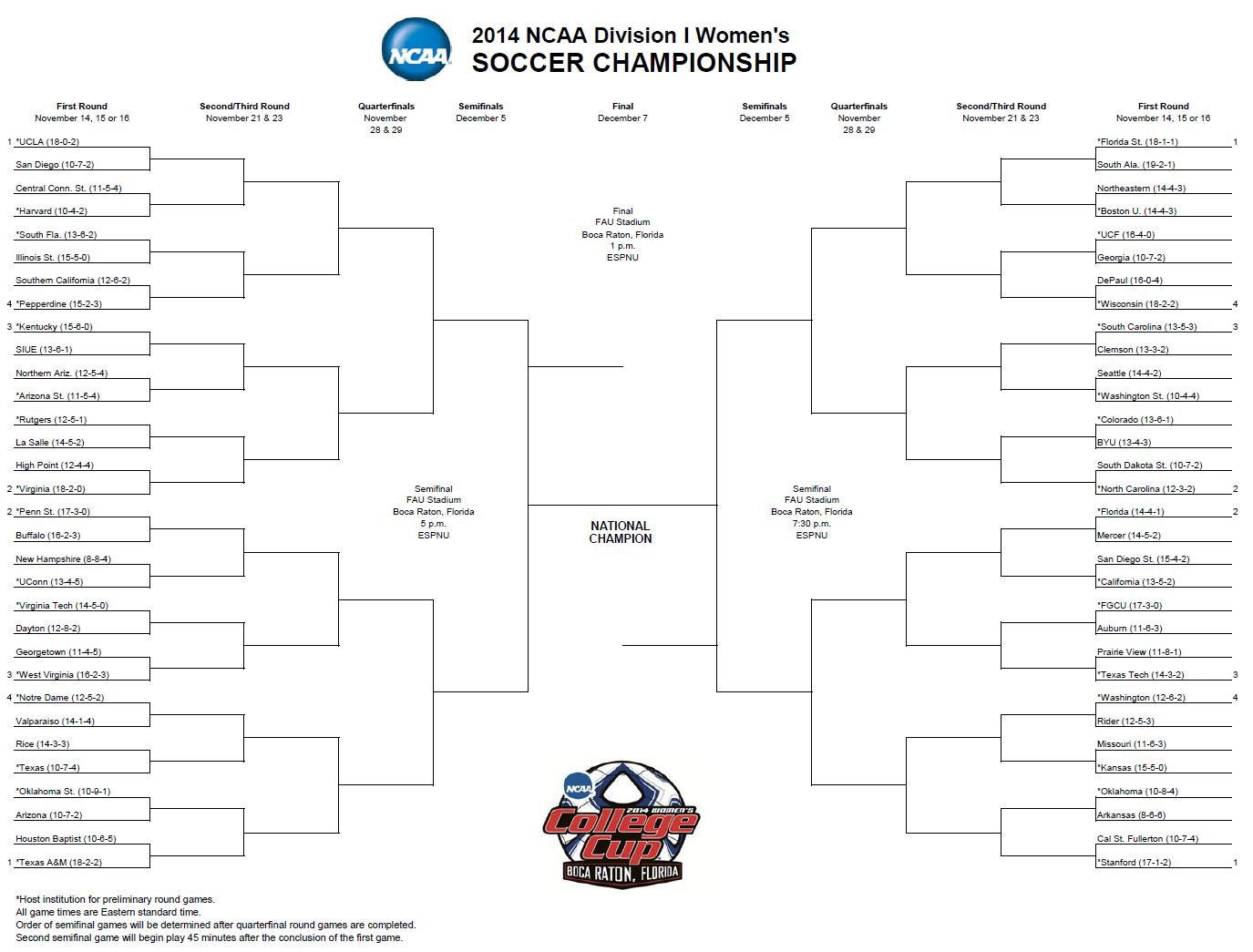 No. 3 seed Kentucky and No. 4 seed Pepperdine needed penalty kicks to advance to the second round of the NCAA Division I women’s soccer tournament on Saturday. Georgetown also upset No. 3 seed West Virginia in penalty kicks after playing to a 0-0 draw through extra time.

Kentucky, seeded into defending champion UCLA’s region, defeated Southern Illinois University-Edwardsville, 4-2 on penalty kicks after a 0-0 match. Kentucky out-shot SIUE 31-4, but couldn’t find the net from the run of play.

Illinois State held on to upset Southern Florida, 3-2 behind a brace from Rachel Tejada (one of The Equalizer’s players to watch for this tournament). ISU jumped out to a 3-0 lead in Florida and held off a late rally from USF. The Redbirds will next play Pepperdine, who beat USC on penalties after a 1-1 draw through extra time.

No. 4 seed Wisconsin handed DePaul its first loss of the season, 2-0 to advance to the second round.

Harvard rolled past Central Connecticut, 6-0 to advance to play No. 1 seed UCLA next week.