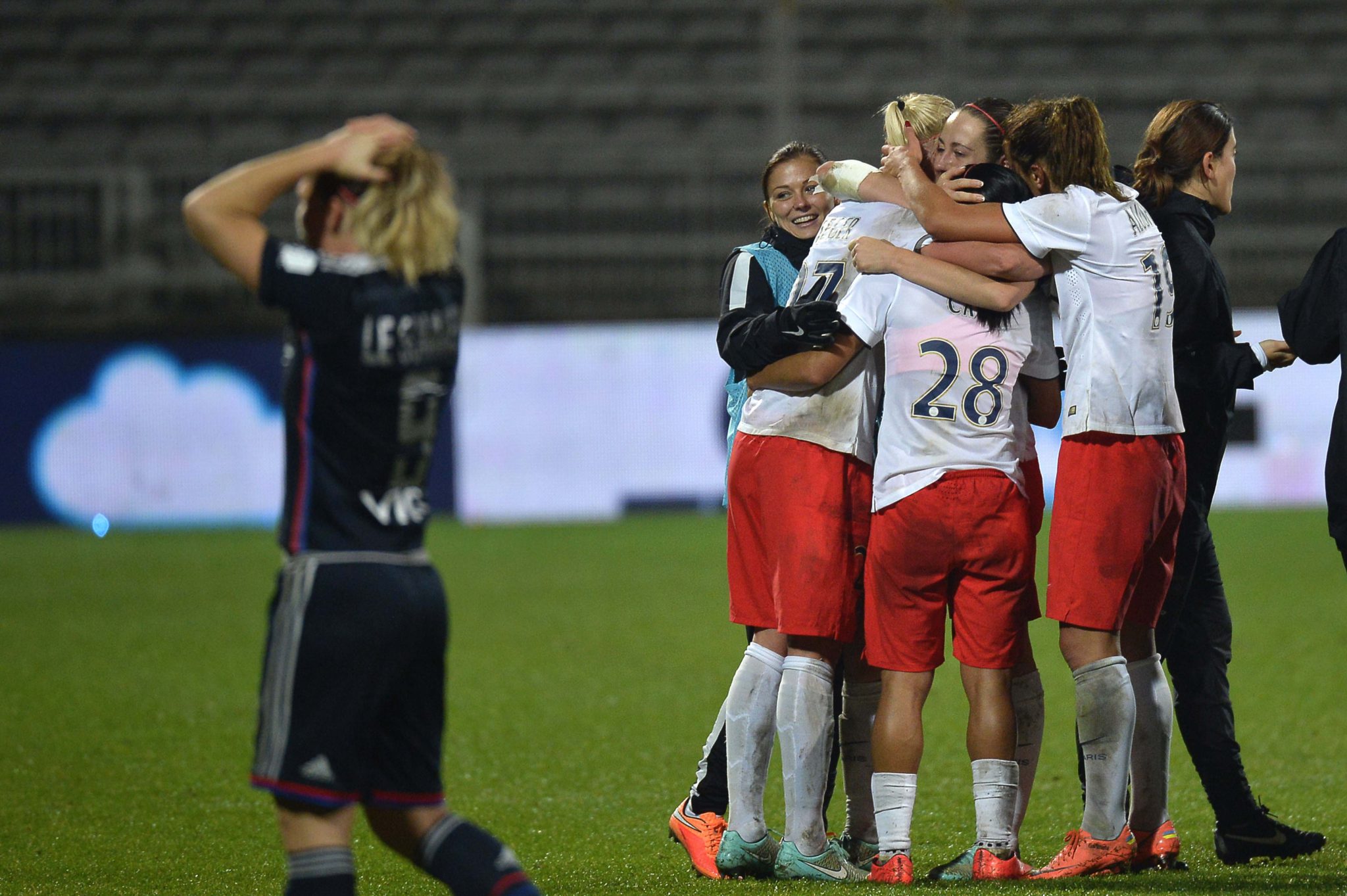 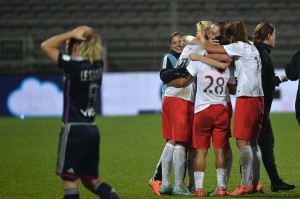 PSG beat Lyon on Wednesday to advance to the UWCL quarterfinals for the first time. (Getty Images)

Paris Saint-Germain scored against the run of play in the 79th minute to upset Lyon 1-0 and advance to next spring’s quarterfinals in the UEFA Women’s Champions League, 2-1 on aggregate over French rivals Lyon.  Frankfurt, Brondby, and Wolfsburg required far less drama to advance in earlier Wednesday matches.

It is PSG’s first appearance in the quarterfinals.

Lyon carried the advantage into the second leg of the all-French Round of 16 encounter after the sides drew 1-1 in Paris on the weekend.  And Les Lyonnaises held the territorial advantage throughout almost all of the second leg.  A scoreless draw would have sent the two-time champions through, but they deeper it went into a physical 90 minutes the longer the door was left open for an emboldened PSG.

In the 79th minute the visitors lined up for a long free kick.  The ball was well served near the top of the six and briefly appeared like it would elude everyone lined up to get a head on it.  PSG’s Laura Georges arrived on the scene and adroitly tapped the ball off the side of her leg to Fatmire Alushi who somehow had space on the left side.  Alushi calmly beat Sarah Bouhaddi for the only goal on the night at Stade de Gerland.  It was one of only two shots credited to PSG against 18 for Lyon.

Lyon continued to pressure the PSG penalty area through the final 10 minutes and stoppage time but to no avail.  Paris keeper Katarzyna Kiedrzynek was sharp and a sequence that may have ended in a penalty in the final minute was allowed to play on.

Lyon and PSG will face off again in Paris next February 22 in league play.  Lyon won 2-1 at home earlier this month and sit atop the table in search of their 9th consecutive league title.

American Lindsey Horan started and played the first 65 minutes for the winners.

The draw for the quarterfinals will be made following the conclusion of Round of 16 play.