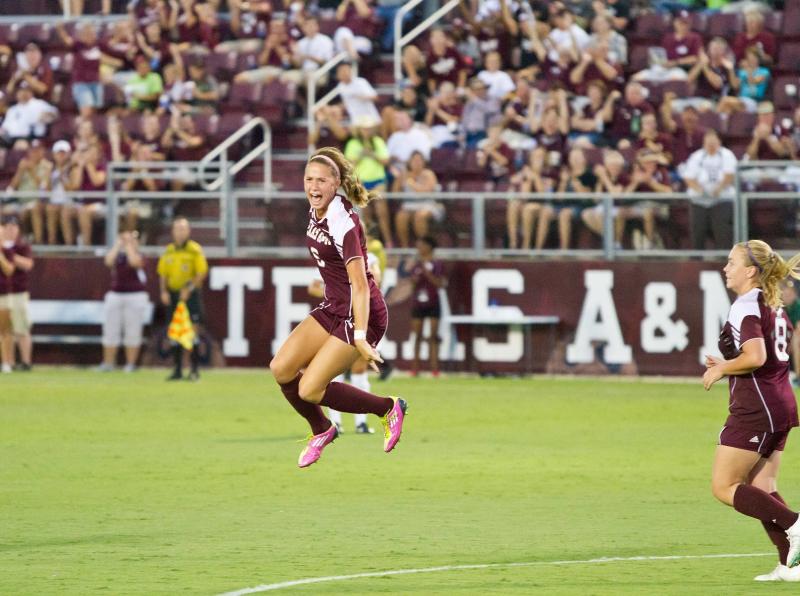 This weekend across the country, Division I women’s soccer teams faced off to earn conference titles and more importantly automatic bids to the NCAA tournament, which begins next week. Here’s a short recap of the major conference games as well as a listing of all the teams that won title games:

Florida State took an early lead off a Carson Pickett header in the 17th minute and it was all the team would need. The Seminoles’ stringent defense successfully frustrated Virginia’s offense throughout much of the match. The 1-0 Florida State win is a repeat of the regular season meeting between the sides. The Seminoles have now won 3 of the last four ACC Titles.

DePaul remained undefeated and capture its first Big East title Sunday. The Blue Demons beat Georgetown, 2-0 at Belson Stadium in Queens, N.Y. The game didn’t start out well for the Hoyas as one of the team’s outside backs, Marina Paul, went off early due to injury and did not return. Elise Wyatt scored in the 26th minute for the Blue Demons. Amber Paul added another in 60th minute. Georgetown made a push in the final 20 minutes and create some opportunities but were unable to find the back of the net. DePaul is unbeaten through 20 games.

Shea Groom headed in a Haley Pound set piece in the 31st minute to give the Aggies the 1-0 advantage, which is how it ended. With the win, Texas A&M strengthens its case for a No. 1 seed in the NCAA tournament. Texas A&M goalkeeper Jordan Day, who missed most of the regular season, had a strong performance, notching six saves in the match.

Kinley McNicoll led Wisconsin over Iowa, 1-0 in double overtime. McNicoll scored on a direct corner kick goal in the 104th minute. The well-taken corner curled beautifully into the net. Surprisingly, it took until the second overtime to decide the game as the Hawkeyes were able to stave off Wisconsin through regulation despite the Badgers dominating play. Wisconsin recorded a season high in shots in the affair.

West Virginia beat Oklahoma on a 13th minute goal scored by senior Kate Schwindel. Schwindel was able to get on the end of a ball sent into the box by Amanda Hill. As the half went on Oklahoma began to control more and more of the play.  The Mountaineers’ defense, led by Kadeisha Buchanan, held firm. Notably, the game’s goal-scorer Schwindel left the game with an injury to her thigh.

Other conference champions and automatic qualifiers for NCAA tournament:

*Howard does not advance to NCAA Tournament as it is the team’s inaugural season in the Conference. Runners up Prairie View will represent the conference.