Carli Lloyd: The evolution of a star 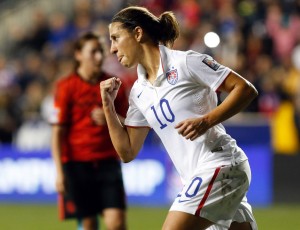 But despite her heroism, Lloyd is still largely overshadowed on a U.S. team that features stars like Abby Wambach, Alex Morgan, Hope Solo, Sydney Leroux and Megan Rapinoe.

Lloyd still strives to prove the naysayers wrong, and she is still getting getting better at age 32. Her road to this point, however, was a rough one. Her fitness was poor, she was benched on several occasions and she thought about quitting before ever making it.

Carli Lloyd: A star (still) in the making