The Lowdown: Assessing the flurry of NWSL trades 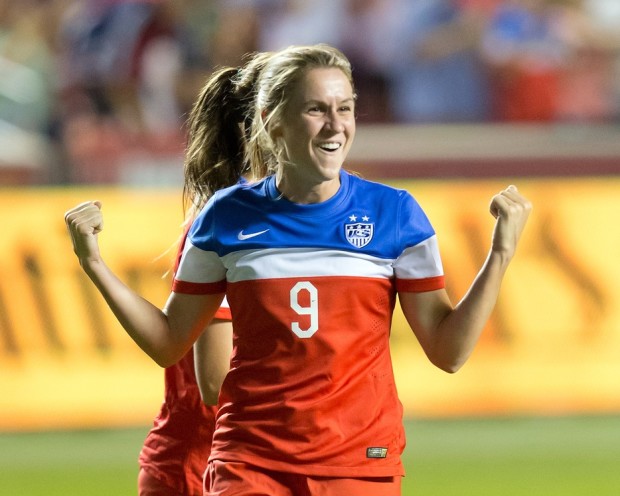 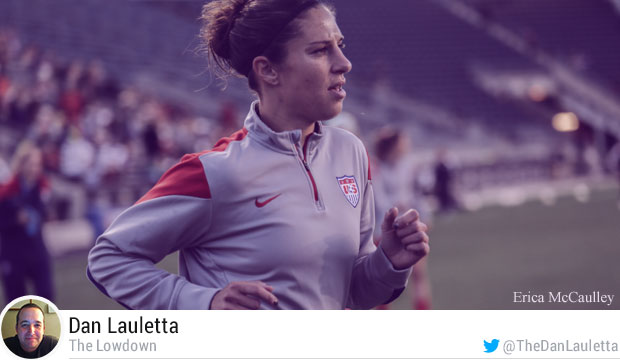 The NWSL went virtually dormant through September and much of October.  Save for some loan news and the retirement of Jillian Loyden, things were quieter than usual.  And then came an onslaught of trades, some of which saw U.S. national team regulars move, and all of which were buried under the weight of the CONCACAF Women’s Championship.

Before delving into analysis of the moves, a word of caution.  The offseason is long and the player pool extends far beyond the reaches of those who played in NWSL last season and anyone eligible for the draft.  So a trade that appears to favor one team today may have been made with a future move in mind.  The finished products come March will tell the tale more than rapid analysis in November.

That won’t stop us from offering some of the rapid analysis though:

The initial reaction to this one was that the Breakers traded a national team star for a pair of talented players who are neither as good nor as marketable as O’Reilly.  And it may be true.  But let’s take a moment and look at how it might benefit the Breakers in 2015.

First, players subsidized by U.S. Soccer must approve any trades so if O’Reilly did not ask for a deal she was clearly okay with it.  And as popular and as good as she is the team has had little success during her time in Boston.  The club is in need of a complete overhaul and there is nothing wrong with doing so with younger players.

Kallman is not widely known, but she will help the Breakers whether she stays at left back or moves back to her college position, center back.  At this point it looks like Kallman and Julie King will play at left back and center back, respectively.  King’s best soccer last summer came when she moved central so there remains a chance that Kallman plays wide left.

Two years ago the Breakers had a revolving door at goalkeeper and outside back and Cat Whitehill was quick to point out that they rarely started the same back five in consecutive matches.  Alyssa Naeher locked down the keeper spot in 2014 but the late defection of Kia McNeill to the work force left a hole in central defense that seemed to leave the back line a quality player short every single week.  The addition of Kallman should lead to defensive stability in the spine of the park which is a crucial element of turning a team around.

Marlborough is a forward with size—something the Breakers have lacked in their NWSL seasons—who figures to compete for a starting role.

One other reason the trade has a chance to benefit the Breakers is that O’Reilly is likely to miss several games and loads of training ahead of the World Cup.  Kallman and Marlborough are not on the World Cup radar and should be around the entire season.

As for the Blues, word is that O’Reilly has long been on the radar of the club’s technical staff.  At first glance it does not seem as if her style is a mesh with how they have played the last two seasons.  But we know that O’Reilly will work hard and keep her mistakes to a minimum and she will give the team more width than it has had.  An attacking midfield trio of O’Reilly and Erika Tymrak flanking Lauren Holiday should give opposing coaches a few nightmares along the way.

They key now is for FC Kansas City to find a new left back.  Indications out of Kansas City are that Merritt Mathias would not mind a move to a club that would offer her an expanded role.  But Mathias also played outside back the first half of 2013 and is an option to replace Kallman.

An intriguing trade from both sides as the Dash acted on what appears to be a fascination with Carli Lloyd, with the Flash beginning an overhaul following a disappointing 2014.

First the Dash:  Engen was supposed to be the long-term cornerstone of their defense and Edwards exceeded expectations by playing every minute of the season until the last match (when a loan deal prevented her from playing an unscheduled makeup game).  In Lloyd, the Dash acquire a player who can play high or low in midfield and can regularly assert herself as the best midfield player in any match.  And Lloyd is no stranger to the spotlight having been a shining light in the last two Olympic Gold medal matches.

But the acquisition of Lloyd—who will miss time for the World Cup—can also be viewed as a gamble that could easily backfire.  The loss of Engen leaves the Dash with precious few assets in back, the best of which is Meghan Klingenberg, who will also miss World Cup time.  Edwards is also a loss in midfield, leaving Kaylyn Kyle—yet another World Cup player, for Canada—as the best defensive option.

The Dash already signed English midfielder Rachael Axon and clearly have a plan to support Lloyd and build a defense.  We just need to be patient to see what it is.

From the Flash end, dealing Lloyd seemed unlikely seeing as she was their best player in 2014 and the main reason they almost made the playoffs despite their performance dropping off precipitously.  Aaran Lines promised changes and it is clear he was serious about it.  In place of Lloyd he acquired Engen and Edwards, who were on his team in 2011 when they won WPS.

Engen and Brittany Taylor, when Engen is there, should challenge for the top center back pairing in NWSL.  Edwards—the only player in the deal not currently in the U.S. national team mix—will sit on top of them and give the Flash a superb defensive spine.

The Flash will have to find an attacking personality in midfield, but they will head into the holiday season a much better defensive team than they finished the summer.

Western New York Flash trade Katherine Reynolds and Angela Salem to Washington Spirit for Jordan Angeli and a 1st Round pick in 2015 (No. 6 overall)

The Flash’s second trade in short order continues the club’s retooling.  Reynolds was a regular in both NWSL seasons, mostly at full back, while Salem went from being an underrated defensive midfielder in 2013 to an underperforming one in 2014.  The acquisition of Edwards made Salem a top candidate to be moved. Lines said afterward that both players “expressed interest” in being traded.

Angeli returned to play limited minutes in 2014 after missing three years to recover from ACL surgery.  If she continues to progress she could be an important depth player as she can play anywhere from defensive midfield up to striker.  But the more important element of the trade is the No. 6 overall pick that gives the Flash three of the first seven selections in January (No. 3 and No. 7.)  They hired Charlie Naimo as technical director and she should help improve the club’s dodgy draft record.

The addition of Reynolds should allow the Spirit to keep Crystal Dunn off the back line and into positions where she can have a more dynamic impact on the match.  Salem joins waiver draft pickup Joanna Lohman as new midfielders in Washington.  That could mean a more forward role for Christine Nairn and possibly a new home for Yael Averbuch, who often struggled with distribution in defensive midfield.

Barczuk was a bit player as a rookie in 2013 and had a slightly more expanded role in 2014.  The Breakers can use her in central defense or in a deep midfield position.  She is hardly a game changer but will be part of a Breakers team that is working on a much improved defense.

— Not trade related, but the ACL tear suffered by Diana Matheson will almost definitely spill over into the 2015 NWSL season.  Matheson has been the Spirit’s best midfielder the last two years but is almost certain not to be ready for the start of the season.  Her injury could also affect whether or not Canada allocated her back into the league.  Stay tuned.

— Hope Solo’s domestic violence trial is scheduled to begin Jan. 20, with a hearing slated for January 6.  It remains too early to tell if legal problems will have an impact on Solo’s World Cup or NWSL status in 2015.

— Sky Blue FC signed Shawna Gordon, a midfielder most recently of Umea in Sweden.  An attacking midfielder, Gordon went to Cal State Long Beach and spent time with the Boston Breakers in 2013 but did not play in a league match.

— The Dash inked Rachael Axon from the Norwegian side Kolbotn IL.  She attended Oregon State where she caught the eye of Dash coach Randy Waldrum, then at Notre Dame.

— Waldrum is in Mexico, where he is preparing Trinidad & Tobago for their World Cup playoff against Ecuador.  The first leg is Saturday in Ecuador.