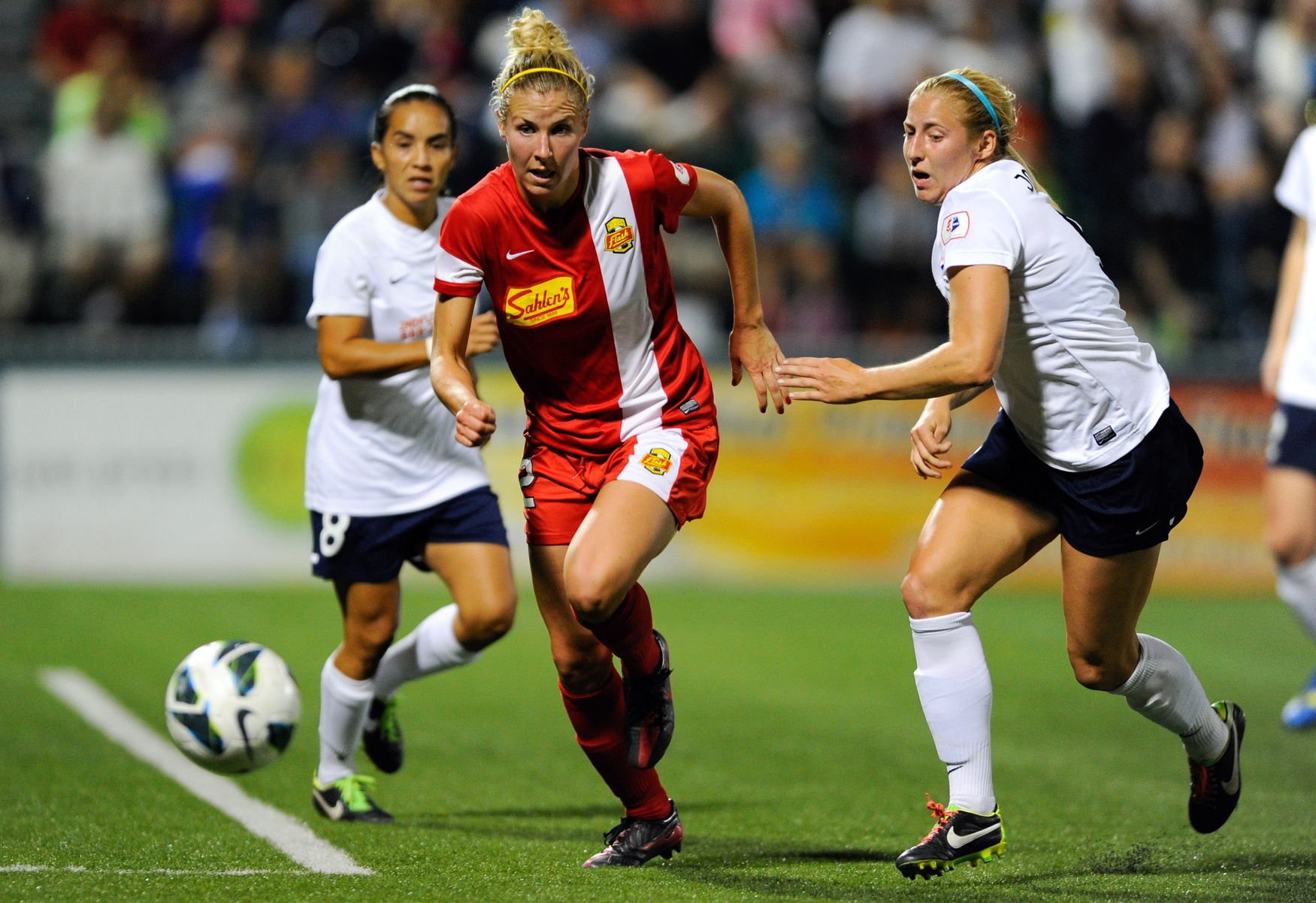 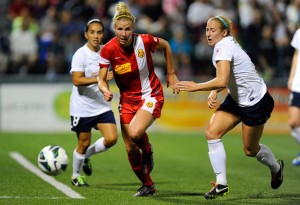 Amy Barczuk is now a member of the Boston Breakers. (USA Today Images)

Amy Barczuk is now a member of the Boston Breakers as the Western New York Flash continue to clean house following a disappointing seventh-place finish in 2014. On Monday the Flash traded Barczuk to Boston for a second-round pick — No. 18 overall — in the 2015 NWSL College Draft.

Barczuk can play along the back four or as a holding midfielder. She played in 19 games for the Flash over the first two seasons of the league.

The Flash now hold the 3rd, 6th (via Washington), 7th (via Portland), 18th (via Boston) and 21st picks in the 2015 draft. They acquired the No. 6 overall pick from the Spirit in an October trade that sent midfielder Angela Salem and defender Katherine Reynolds to the Spirit. That came days after trading U.S. midfielder Carli Lloyd to the Houston Dash for Whitney Engen and Becky Edwards.

Western New York coach Aaran Lines and new technical director Charlie Naimo are intent on rebuilding the Flash, who missed the playoffs for the first time as a franchise after four straight finals in four different leagues, including three championships. The Flash were 8-12-4 (28 pts.) in 2014.