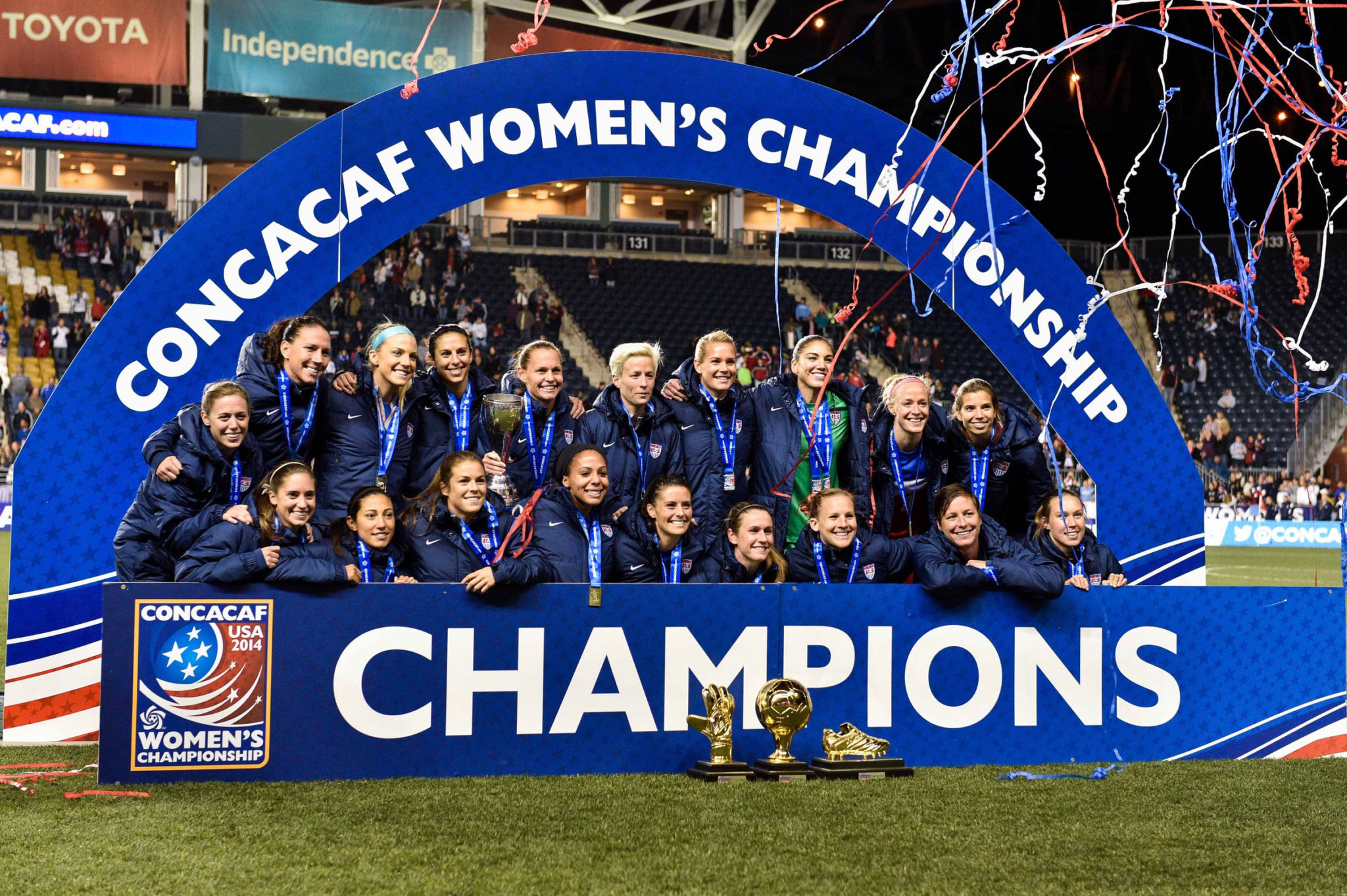 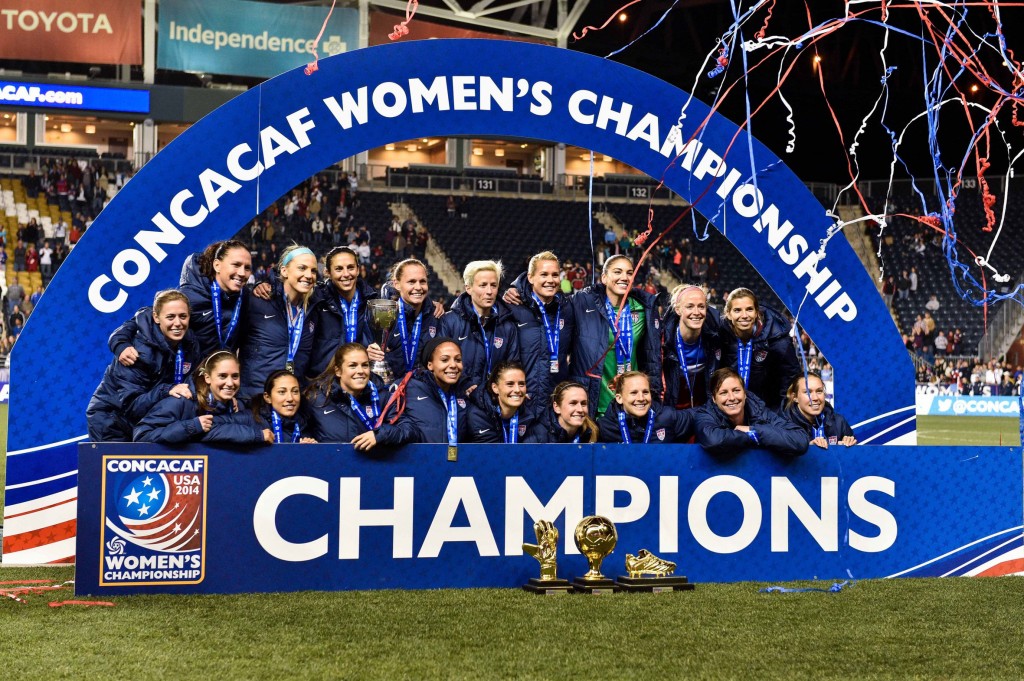 PHILADELPHIA – Abby Wambach is the world’s all-time leading goal-scorer. She owns two Olympic gold medals and a FIFA World Player of the Year trophy. But as she is so often reminded, she’s never won a World Cup in three tries.

“It’s what I think about all the time,” the United States women’s national team forward said Sunday, moments after scoring four goals to lead the U.S. to a 6-0 win over Costa Rica on Sunday at PPL Park in the final of the CONCACAF Women’s Championship.

“Whether it’s in the front of my mind or on the back of my mind, it’s always there. It motivates me, it helps me make decisions — random, not even pertaining to soccer.”

The regional title was the seventh all-time for the United States. Canada won the other two.

Wambach extended her record international goal haul to 177 and broke Michelle Akers’ U.S. record for most goals scored all-time in World Cup qualifying. Wambach has 18 of those now after scoring seven in five matches this tournament.

[KASSOUF: Greatest tests yet to come for USWNT on road to World Cup]

On Sunday the United States women finally got the more open match they had been craving, and they ruthlessly pounced.

“That’s good for us,” U.S. coach Jill Ellis said. “It’s good to find transition moments and they gave us that, because they did try to come out and play. They gave our defense something to do.”

The U.S. women haven’t won a World Cup since their famous triumph on home soil in 1999. They also won it in 1991, the inaugural event.

Costa Rica and the United States both entered Sunday unbeaten, but the U.S. re-asserted its dominance in the region after slipping up in 2010 against Mexico in the semifinal and being forced into a playoff against Italy to make the 2011 World Cup.

This year was a different story, however. The U.S. finished the tournament without giving up a goal, outscoring opponents, 21-0 across five matches.

On Sunday, the U.S. clicked early and often as Wambach scored the opener in the 4th minute on a header and added two more in the air by halftime. She also showed off some skilled footwork in the second half, scoring on a deft chip in the 71st minute after gathering a through ball from Sydney Leroux, who added the sixth and final goal two minutes later.

Costa Rica coach Garabet Avedissian said on Saturday that it would be “foolish, even suicidal” to try to play the U.S. the same way the Ticas had played other weaker opponents in this tournament.

Still, Costa Rica came out on Sunday playing much like they had throughout the tournament. The Ticas didn’t sit in with more defenders or bunker as other teams had. They still tried to play their style, and it might have made the scoreline worse than it should have been.

But they couldn’t deal with the pure size of the Americans, especially the 5-foot-11-inch Wambach. Ellis gave Wambach extra rest in Friday’s semifinal win over Mexico, bringing her on for the final 28 minutes.

“This actually has kind of been our plan for Abby, is to bring her back in,” Ellis said. “I wanted her to play 90 (minutes) tonight and fill the back of the net, and she did. I think she’s made a really strong commitment to making sure that physically she is ready for this, and I think we can use her in multiple ways. Tonight we wanted her in the starting lineup and she delivered.”

Ellis said Wambach, 34, even asked this week to practice more heading — her trademark, having scored 75 international goals with her head — because she wants to be better.

That’s a scary proposition for opponents.

“All you can do when Abby Wambach is playing like that is pray,” Avedissian said. “Pray that she doesn’t get the ball.”