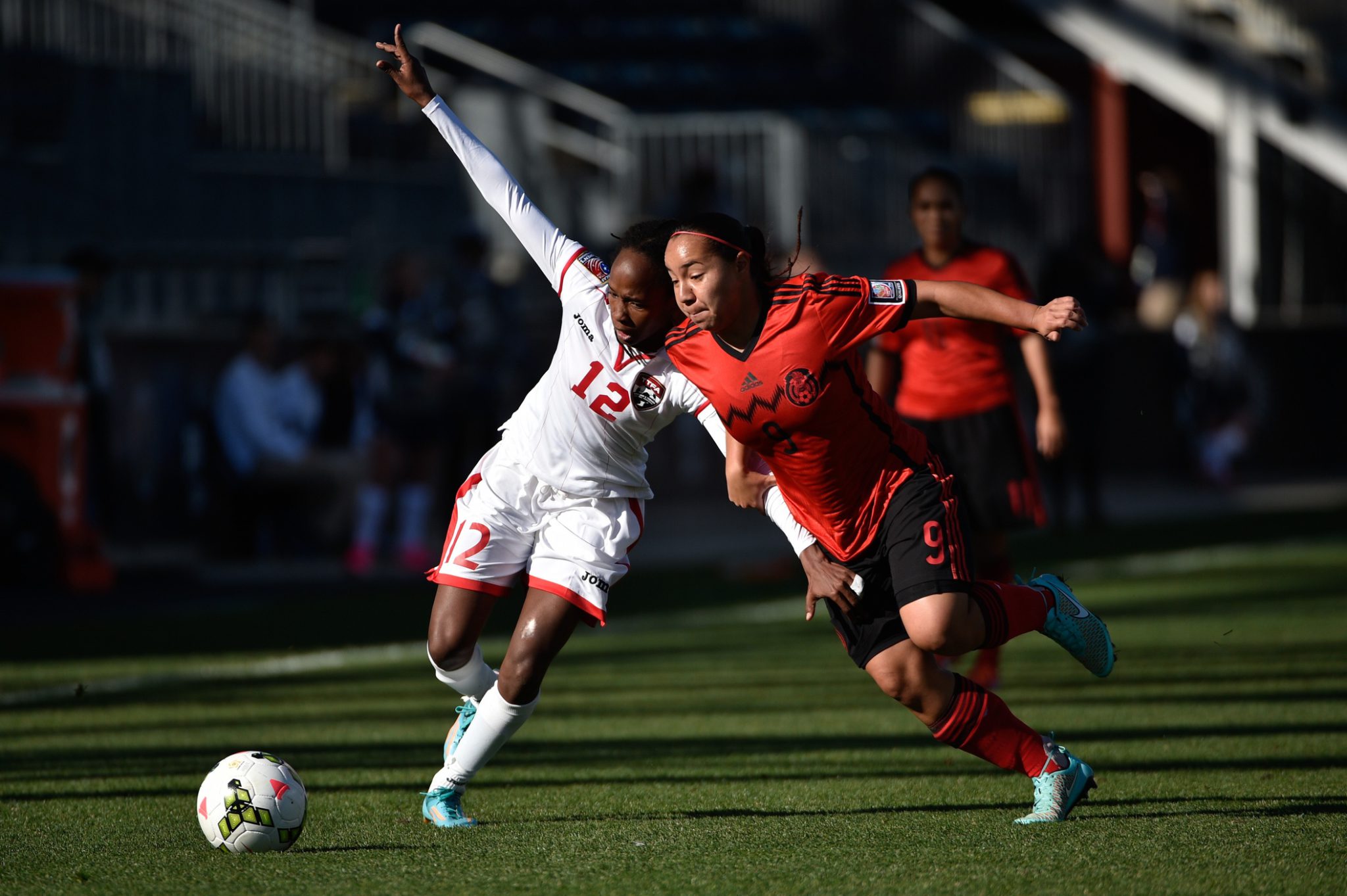 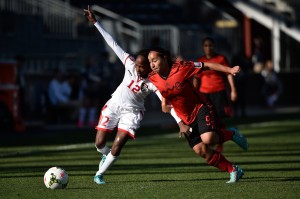 PHILADELPHIA – Charlyn Corral’s first goal in extra time brought about a subdued celebration. There was a self-awareness to it, that nothing has been a given of late for Mexico.

Her second goal, however, brought a smile and a bench-clearing group hug on the sideline. That goal on Sunday at PPL Park gave Mexico a 4-2 lead over Trinidad and Tobago, and it ended that way to ensure El Tri a spot in the 2015 Women’s World Cup.

“The game was intense, so when I scored I was calm. I said, ‘we need to be calm on the field; be focused because this game was crazy,” Corral said.

“(At halftime of extra time) I told my teammates, ‘we have to score the next goal.”

Corral did exactly that.

Trinidad and Tobago still have a chance to become the first Caribbean nation to qualify for a Women’s World Cup. They will play Ecuador in a home-and-home playoff on Nov. 8 in Quito, Ecuador, and Dec. 2 in Trindad and Tobago, four days before the World Cup draw.

Mexico did seemingly everything the hard way at this CONCACAF Women’s Championship, and on Sunday the team backed its way into a second straight Women’s World Cup.

“The beginning of every half has been a problem for us,” Mexico coach Leo Cuellar said, admitting that Trinidad and Tobago was the better team

“It’s something that we need to analyze and we need to correct immediately.”

Mexico opened the tournament with a loss to Costa Rica, the first time the Ticas had ever beaten Mexico. El Tri followed that up with an easy win over lowly Martinique and a cagey effort against Jamaica on Tuesday in a match in which Mexico needed at least a draw to advance.

The poor form in group play landed Mexico the United States in the semifinals, a match Mexico coach Leo Cuellar all but conceded, resting players in anticipation of Sunday’s match against an undoubtedly weaker opponent.

Missing out on the World Cup could have been catastrophic for Mexico, which according to Cuellar pre-invested money in the women’s national team in anticipation of qualification.

“When you coach the national team of your country, you always have your job on the line,” he said. “To go back to Mexico without the ticket (to the World Cup) would have been tough.”

Stephany Mayor opened the scoring in the 24th minute, finding space inside the 18-yard box and slotting the ball past T&T goalkeeper Kimika Forbes. But Mexico still looked lethargic, and much like Tuesday against Jamaica, it would take conceding a goal to wake up El Tri.

Kennya Cordner scored on a diving header in the 57th minute, and Mariah Shade gave the Trinidadians an improbable lead in the 78th minute, tapping in a loose ball.

But Mexico scored the equalizer less than a minute later. Mayor found Monica Ocampo at the back post, and Ocampo calmly headed the ball in from inside the six. Trinidad and Tobago coach Randy Waldrum called it “a back-breaker” of a moment.

“We haven’t gone through this before,” Waldrum said.

“You learn to handle those moments. Mexico handled it quite well tonight.”

Corral then scored once in each half of extra time to clinch the win for Mexico.

Twenty-one of the 24 spots in next year’s Women’s World Cup are now decided.

Trinidad and Tobago now turns its attention to the playoff against Ecuador, the first leg of which is in two weeks. After the match, Cuellar invited Waldrum’s team to train in the altitude of Mexico City, a rare place in the world that can replicate the conditions in Quito.

The final three spots to complete the 24-team field will be filled by Oceania’s tournament winner (determined next week), the winner of UEFA’s playoff (determined next month) and the winner of the CONCACAF vs. CONMEBOL playoff, the second leg of which won’t be played until Dec. 2, four days later in Ottawa, Canada.