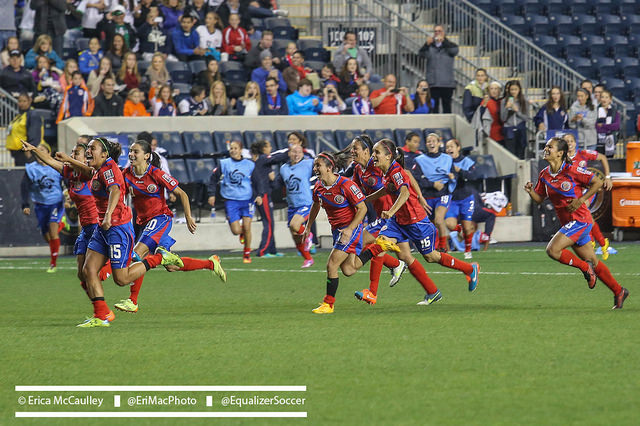 PHILADELPHIA – There were a few tears shed on Friday at PPL Park.

There had to be, after all. Costa Rica had just qualified for a Women’s World Cup for the first time ever.

A years-long journey culminated in the moment these players had all been waiting for – that dog pile celebration when you know you’ve just won the game of your life – and it couldn’t have been more dramatic. With a World Cup berth on the line in the CONCACAF Women’s Championship final, Costa Rica dominated Trinidad and Tobago much like the Ticas – as the Costa Rican women are known – did to their other opponents thus far in this tournament, by some surprise.

But Costa Rica was wasteful on the night, and let the game go to extra time and penalty kicks, where goalkeeper Dinnia Diaz saved not one, not two, but all three shots she faced. The moment was divine and the emotion was overwhelming. Costa Rica had arrived in women’s soccer on the world stage.

International soccer is a sport cyclical by nature. Its major events happen every four years, not annually. The four-year gaps are referred to as, somewhat obviously, as “cycles.” Unlike professional sports (especially college sports in the U.S.), there is no building a one-and-done for a year. Going all-in like that on a World Cup still requires at least several years of planning.

The most recent famous cycle was the reign of Spain’s men’s national team, winning back-to-back European crowns in 2008 and 2012 and, in between, the 2010 World Cup. It ended abruptly this year with an awful World Cup.

And Germany had itself a nice 12 months from August 2013 through August 2014. The senior women’s team won the 2013 European championship and U-20 women won their age group’s World Cup in August, about a month after Germany’s senior men’s side won the World Cup, most high-profile of the triumphs.

But 2014 really belonged to Costa Rica in so many ways. Costa Rica women’s national team coach Garabet Avedissian refers to it as “a year of blessings,” directly referencing his own team’s success. 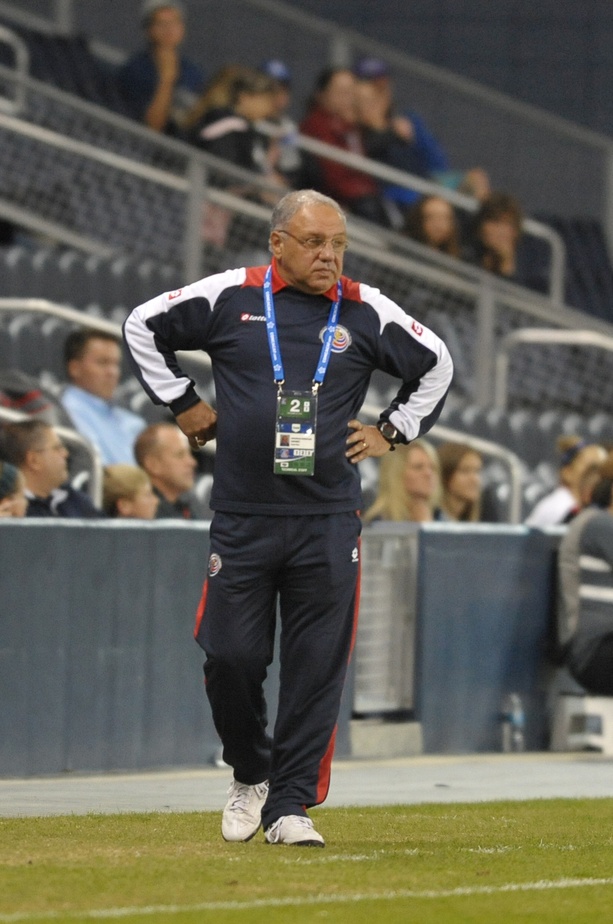 The Costa Rican men made the most improbable of runs at the World Cup, winning their group over Uruguay, Italy and England and advanced to the quarterfinals, where the Ticos lost to the Netherlands on penalty kicks to end (but not really) one of the biggest stories of the tournament.

Earlier this year Costa Rica, a nation of fewer than 5 million people, hosted the U-17 Women’s World Cup. It was a watershed moment for the women’s game there. The event attracted 284,320 fans in 32 matches and had the country truly buzzing about women’s soccer for the first time. It far exceeded expectations, much like these senior Ticas are doing now.

Costa Rica remains ubeaten heading into Sunday’s meeting with world No. 1 USA in the final. That’s a game they will try to enjoy, a realistic Avedissian said.

The process of getting to the World Cup took a little more than a full cycle. The core of Avedissian’s team played in the 2008 U-17 World Cup, then in the U-20 edition in 2010. Players bought into his plan and into each other.

Defender Daniela Cruz was part of both of those youth tournaments and now the University of West Florida senior is integral to the senior team. Recent investment in the players is now paying tangible dividends, she says.

“(Qualifying) will show that giving support like they have done with us in this generation – we’ve been (together) since Under-17, Under-20 and now the full team – we’re showing them that we can do it, that there’s talent in our country and that all we need is support,” Cruz said on the eve of her team’s eventual qualification.

Shirley Cruz – unrelated to Daniela – has waited the longest, and she didn’t know if that seminal moment would ever come.

“It’s my dream,” she said after Friday’s victory. “I talked with all the girls and I said maybe this is going to be my last chance to play a World Cup.”

Now 29 years old, Shirley Cruz debuted for Costa Rica in 2002 as a teenager. She is a brilliant two-way midfielder who has played her entire pro career for French powerhouses Lyon and Paris Saint-Germain (PSG). She has “held up the name of Costa Rica,” according to Avedissian, and she’s a trailblazer whose individual development outpaced her country’s overall development. She’s gone largely unnoticed by the outside world, having not had a stage like the World Cup on which to shine.

Until about eight months from now, of course.

The poster child of Costa Rica’s youth movement is Gloria Villalobos, who at age 14 starred in that home U-17 World Cup earlier this year before playing in the U-20 World Cup in Canada and now World Cup qualifying with the senior team. She trained with PSG’s youth side this summer.

Most of Avedissian’s players still ply their trade for clubs at home, which have a long way to go in terms of quality. He dreams of a professional soccer league in Costa Rica, but players are still in a place where their struggle is whether to play soccer or take another, more stable job.

Avedissian has bigger dreams, however.

“I firmly believe that all of them have the quality necessary to leave the country and play in big clubs and do well,” he said Friday. “But it’s an important step for them to become a professional.”

Now they will rally for more support back home, as they’ve been doing since before the tournament started. Avedissian said Costa Rica president Luis Guillermo Solís called Friday to congratulate the team.

Help that’s been justified by the country’s ultimate achievement on the women’s side.