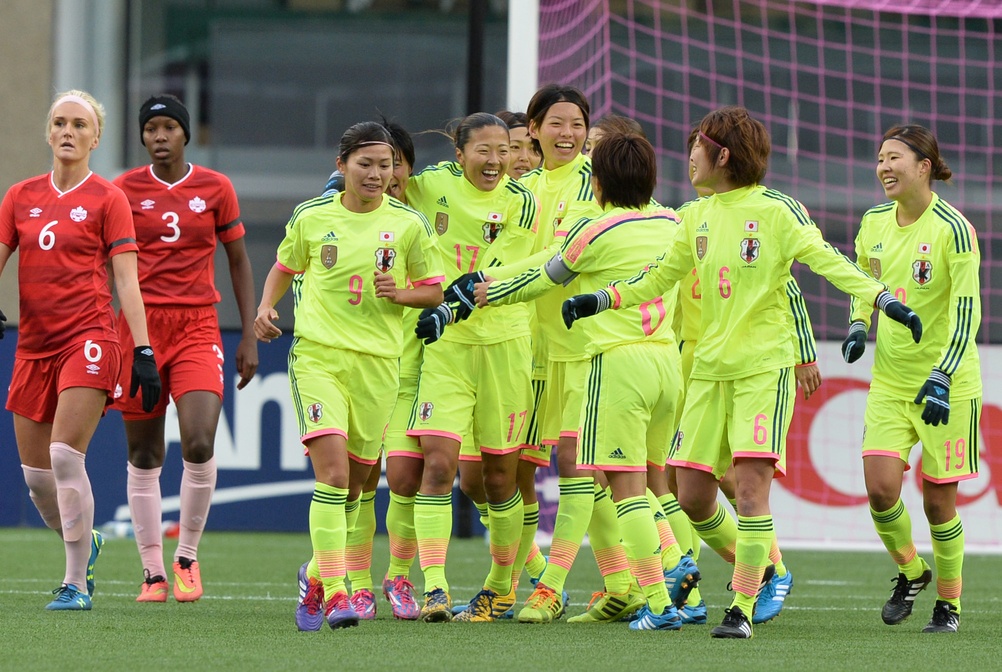 EDMONTON, Canada — Japan proved to be too much for Canada as they defeated John Herdman’s side, 3-0 in front of 9,654 supporters at Commonwealth Stadium on Saturday. Japan’s balanced attack was just too much for Canada. Yuki Ogimi scored early and Yuri Kawamura and Nahomi Kawasumi added second-half goals as Canada could not keep up with Japan in the second half of this match.

The match was the first of a pair of friendlies between the teams in the span of four days as both squads looked to explore tactics, and player options leading up to the FIFA Women’s World Cup next year.

Japan dictated the match and Canada could not gain control as the match slipped away once Japan took over.

“There was no way I was going to lock up the shop and say, look we’ll try and keep the scoreline respectable. We’re going to go for it and we sent our fullbacks on and that left even more space for the Japanese. I think the big learnings here today is, there was a 40-minute period there were I think that the girls should be very proud of their performance.”

Goalkeeper Erin McLeod was asked to come up with save after save and she did her best to keep Canada in the match for as long as possible. The Alberta native was pleased with the performance her teammates put forward against Japan.

“I thought there were moments in the first half that were the best soccer we have played,” she said. “We were sticking to our game plan in the way that we were setting up our early runs, our timing, and I thought our quality was really high for us. I think from that vantage point it was very promising.” 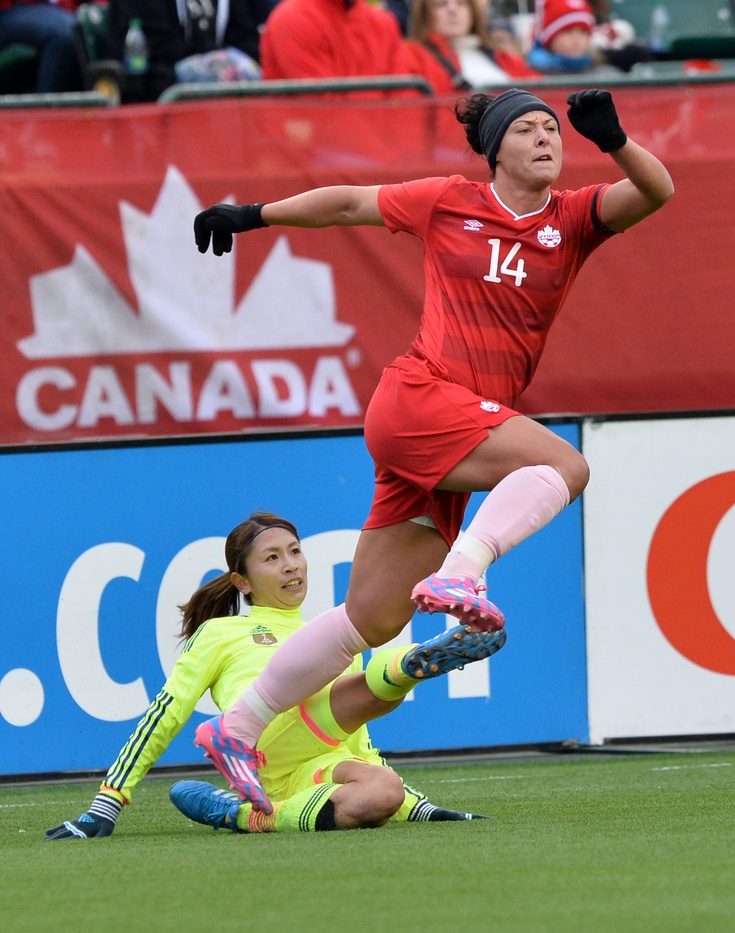 McLeod made five saves against Japan and recognized that the opposition was fantastic on this day. Japan took full advantage of the opportunities they created. Canada was stretched far to often and McLeod was left to bail out Canada more than she should have in the second half.

“I think as we grow and I grow our vision and awareness has to get better as a team,” she said. “I thought today it really showed a lot of promise. I think actually in the second half, Japan, they were phenomenal and they exposed a lot of our weaknesses and we got stretched in the middle. We are always our strongest when we are a tight team front to back, and side to side. We got stretched and they took full advantage of that.”

Not looking to sit back and park the bus against the reigning World Cup champions, Herdman started a very strong offensive lineup against Japan. Kaylyn Kyle, and Diana Matheson were tasked with being holding midfielders and also distributors for Canada’s potentially potent attack. Christine Sinclair, Sophie Schmidt, and Josée Bélanger all started behind lone Canadian striker, Melissa Tancredi. Looking to create more offense was a clear mindset for Canada against Japan.

Sinclair said Canada improved against Japan compared to the match both teams played at the 2012 London Olympics. Japan didn’t miss the chances they created on Saturday and Canada will have to work on defensive assignments and finishing when they meet Japan on Tuesday night in Vancouver.

“Looking back on it I thought it was a weird game, we actually played pretty well. We lost a little bit there in the second half,” Sinclair said. “You compare out first half to when we played them in the Olympics and I thought we created a lot more chances, we had the ball a lot more, and I felt we eliminated a lot of their chances. They’re so clinical in front of goal, you give them a couple of chances and they’ll put a few of them away.”

An enormous defensive miscue resulted in the opening goal of the match, just nine minutes in. Carmelina Moscato and Kadeisha Buchanan both over-committed to Japan forward Shinobu Ohno inside the Canada box. Ohno, who plays for Arsenal, connected with a wide-open Yuki Ogimi and she had all the time and space in the world to place the ball past McLeod. Canada’s top keeper was left out to dry as Ohno and Ogimi connected with a rare FAWSL partnership to score early.

It was the start of a frustrating match for Canada.

“It’s a hard one to swallow, I think it’s a bit frustrating,” Tancredi said. “We had good moments, but we let the game slip away from us. The consistency of play from us kind of went down for a bit and really we just didn’t take advantage of the chances we had, and it kind of put us in a hole. Overall there is a lot to learn.”

One of those chances that Canada did not convert, came in the 26th minute. Tancredi connected on a diving header that just went wide of the Japanese net. The Chicago Red Stars striker did well to get behind Japan’s defense and stay onside as she received a terrific cross right-back Rhian Wilkinson.

Japan was content to sit back in the midfield after they opened the scoring. After the opening goal, Canada seemed to settle down and shake off the early nerves. Buchanan had some timely tackles, and clearances inside the Canada box. Japan’s long passes and attempts to stretch the Canadian defense meant that Canada was vulnerable to a quick counter-attack from Japan.

Sinclair had an attempt on goal in first half stoppage time. Allysha Chapman played a great ball up the flank to Sinclair and the skipper was forced to the outside by Japan and her sharp angle cross was cleared away by Japan goalkeeper Erina Yamane. The first half was fairly even with the only major difference being an early Ogimi tally.

Ogimi was by far the best player on the pitch and she had a wonderful opportunity to score a brace in the 67th minute. Japan came with numbers and McLeod made a point-blank save off of Ogimi. Moments later Kozue Ando had a shot on target that McLeod got hand on to tip over the bar. You could clearly sense that a second goal was coming for Japan and they capitalized on a set piece to go up 2-0 in the 70th minute.

Aya Miyama played a short corner, she received the ball back and delivered a cross into the Canadian box. Yuri Kawamura rose up and headed the ball into the net. McLeod was able to get a hand to the ball, but it was not enough to prevent Japan from doubling their lead. Japan wasn’t finished as they kept coming and with wave after wave. Nahomi Kawasumi converted a tap in-goal in the 80th minute. The Seattle Reign player was left wide open back door and she made no mistake.

The first half from Canada was very convincing and they held their own against Japan. But the depth that Japan showed was not met by Canada in the second 45. Canada was picked apart and looked gassed as they match went on.

Notes: Stephanie Labbe will start for Canada on Tuesday against Japan at BC Place in Vancouver.