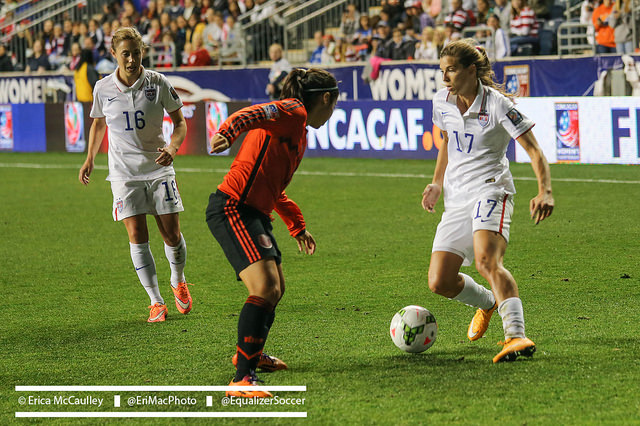 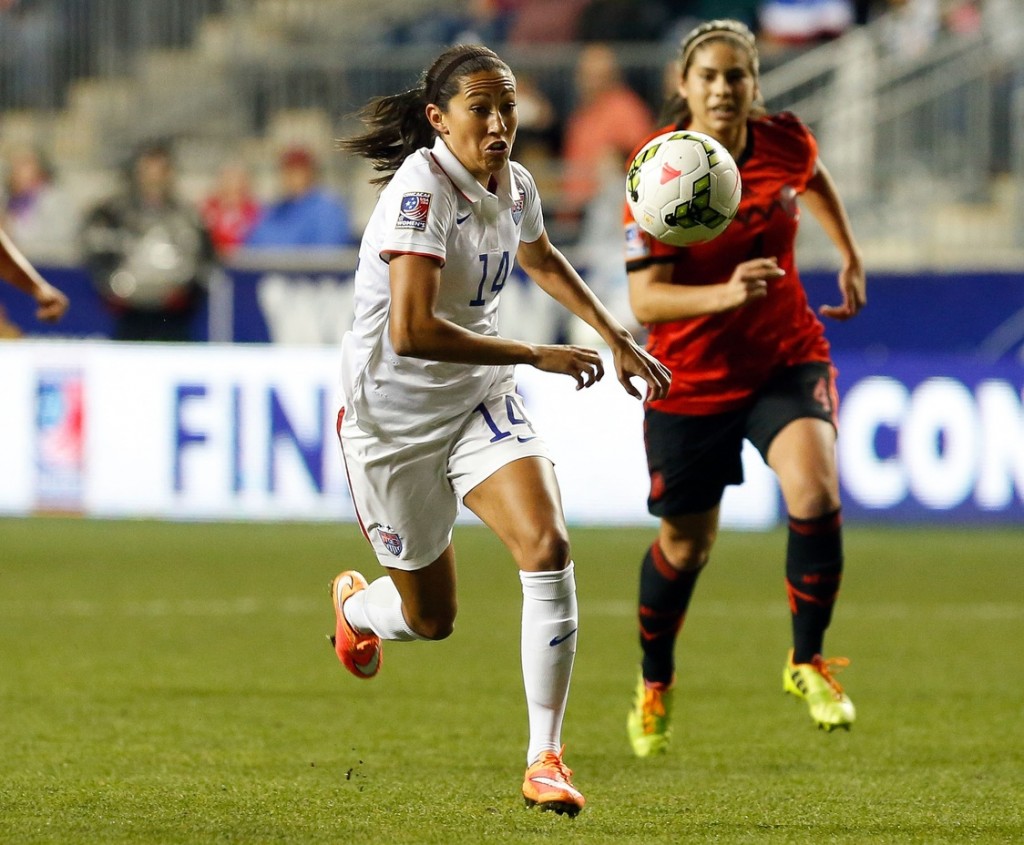 Christen Press has been a big part of the United States’ progression of play out wide. (USA Today Images)

Progress for the U.S. at this CONCACAF Women’s Championship, where the U.S. qualified for the World Cup with a 3-0 win over Mexico on Friday in the semifinals, has been most present out wide. Tobin Heath has been arguably the team’s most dangerous player and Christen Press’ versatility has proven useful in an ever-malleable formation.

Press says the progression of the team’s wide play is a testament to players buying into Ellis’ system.

“Getting my feet on the touchline – the sideline – every single time I get the ball,” Press said of her role after Friday’s win. “It took us a while to see the angles; that changed everything. But as we’ve progressed through this tournament, it’s become quite clear that we’re starting to get it. Standing from that position out wide, I see it. I see it’s on all the time.”

Press scored the United States’ third and final goal on Friday, cutting in from her wide position to tap the ball around Mexico goalkeeper Pamela Tajonar and into the net.

[Lauletta: Cuellar hopes the resting players pays off on Sunday]

Outside backs Meghan Klingenberg and Ali Krieger have also pushed forward more than ever, creating combination play and options on the flank that can overwhelm opposing defenses.

Heath, like Press, credits Ellis’ instructions for both the team’s success and some of her own.

“I found that we had a lot of success out on the flanks,” she said. “When we were able to find that weak side, we did have a lot of opportunities to get crosses off. I feel like we both did well with that, and that’s just sticking to Jill’s gameplan.”

The CONCACAF Women’s Championship has been more of a welcome back party rather than a coming out party for Heath, who said she was challenged by Ellis to step up to the plate.

“For me personally, I feel like I’m gaining a lot of confidence,” Heath said. “Jill kind of put a lot of pressure on me, telling me that I need to step up in many ways. I feel like I’ve kind of answered that and tried to contribute in the best way possible for this team. Going forward I hope I can continue to do that.”

Press said Heath’s growing confidence this tournament has been obvious.

“You can see over the course of this tournament, she’s back to being herself, smiling on the field when she’s playing,” Press said of Heath. “She’s so dangerous, she’s confident. She takes touches and she takes little risks that most players on our team don’t and it really pays off for us. She’s having a fantastic tournament.”

Together the two have been a large part of helping the U.S. make what Ellis calls “big strides” on the flanks and in combination play. Though the opponents this tournament have been significantly weaker than the United States, the process Ellis speaks of is finally starting to pay dividends in the attack.