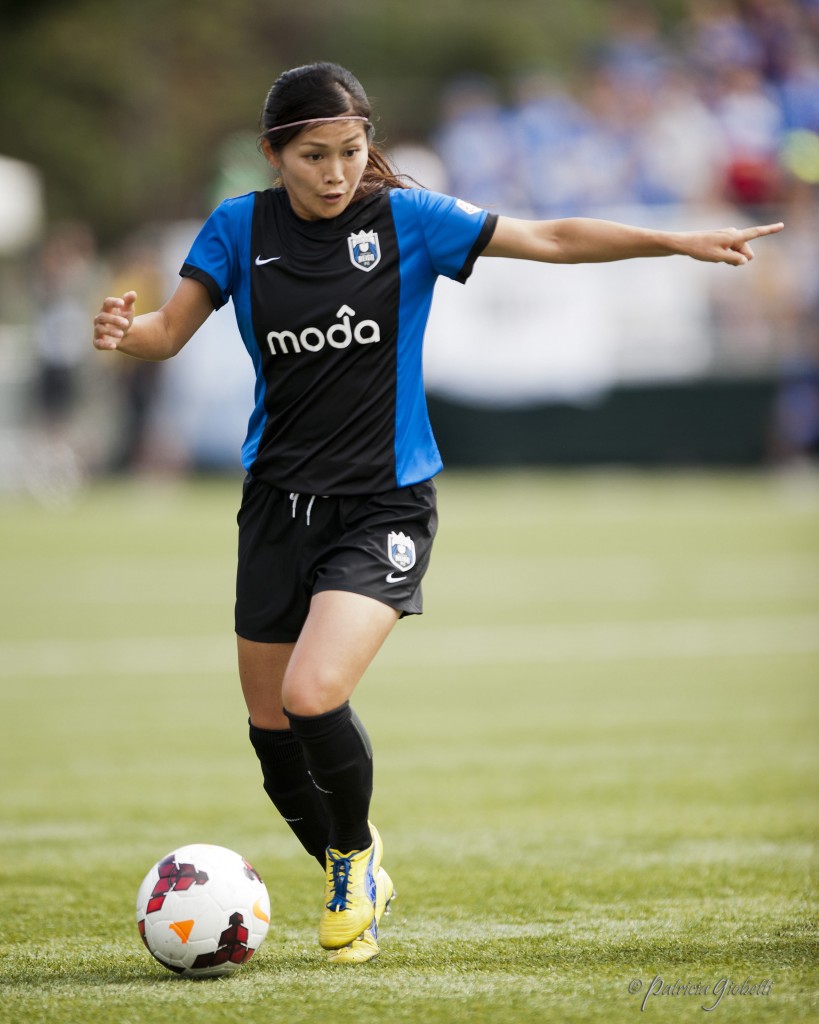 Japan forward Nahomi Kawasumi, who played with Seattle Reign FC this year, is on the shortlist for FIFA World Player of the Year. (Photo Copyright Patricia Giobetti for The Equalizer)

FIFA unveiled the shortlists for Women’s World Player of the Year and Coach of the Year on Friday, and as usual there are some big names and interesting omissions.

Notably left off the list is National Women’s Soccer League MVP and Scotland international Kim Little, who many in the league widely hailed as one of the world’s best No. 10s as she easily picked apart defenses. Kawasumi was Little’s teammate this season at Seattle Reign FC.

The list will be narrowed down to three players on Dec. 1, and the winner will be announced on Jan. 12, 2015, at the annual FIFA gala in Zurich, Switzerland. As usual, the captains and coaches of each national team will vote on the award, along with international media members. (Disclaimer: I hold the U.S. media vote. Here’s how I voted last year.)

Angerer, the reigning World Player of the Year, at times struggled through the NWSL season with Portland Thorns FC, accumulating an 8-8-6 record and a 1.364 goals against average. Wambach was injured for over half of the NWSL season, tallying six goals and four assists in 10 games. She has 10 goals this year for the United States.

That list will also be narrowed down to three coaches on Dec. 1, with the winner announced on Jan. 12, 2015.