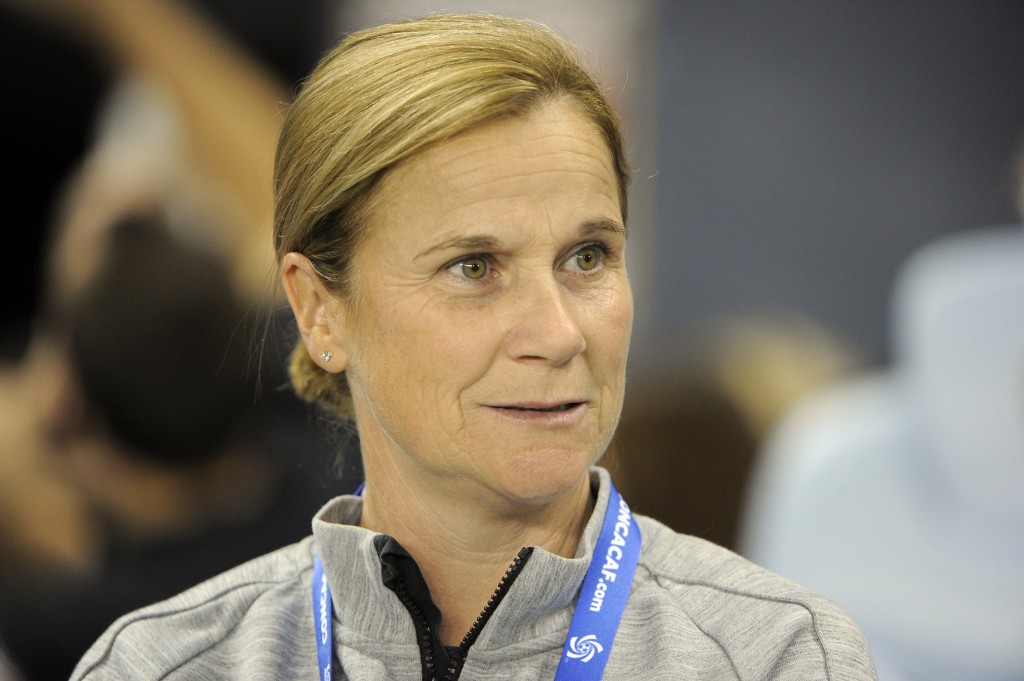 PHILADELPHIA – Four years ago the United States nearly missed out on the World Cup.

It’s a tale told many times since, but Friday’s rematch with Mexico in the semifinals of World Cup qualifying forces the Americans to face that near-nightmare again.

“I don’t think I’ll ever forget that game,” she says. “As an athlete you definitely remember the tough times and how you got through them, and it’s always in the back of my head.”

That game was a World Cup qualifying semifinal in Cancún, Mexico, on Nov. 5, 2010. Mexico’s victory was one of the greatest upsets in women’s soccer history, and it clinched Mexico one of the two direct berths to the 2011 World Cup, putting the World’s No. 1 team on the brink of elimination. The U.S. would go on to beat Italy in a playoff to qualify for the World Cup, where the Americans lost to Japan in the final.

On Friday, the U.S. once again faces Mexico, once again in a semifinal with a World Cup berth on the line.

But the feel is different this time. In five meetings since that game in 2010 – the only time in 31 matches that the U.S. has lost to Mexico – the Americans have won by a combined 24-0. Mexico’s somewhat young squad dropped its opening match of this tournament against an improved Costa Rica team, and had to come back against Jamaica on Tuesday to advance.

Friday’s match is also at home for the U.S., at PPL Park outside of Philadelphia. Four years ago they played in a hostile converted baseball stadium. 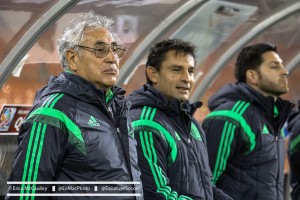 Mexico coach Leo Cuellar (left) says his team must be “perfect” to beat the U.S. (Photo Copyright Erica McCaulley for The Equalizer)

What remains an unknown is how Mexico will line up against their northern neighbors. Mexico coach Leo Cuellar made nine changes to his team after that loss to Costa Rica, and he shuffled the lineup again on Tuesday against Jamaica, even choosing the more experienced goalkeeper, Pamela Tanojar, in place of Cecilia Santiago, who played in the 2011 World Cup but just turned 20 years old on Sunday.

It’s still unclear exactly how El Tri Femenil will line up against the U.S., but Cuellar said his team needs to play a “perfect game” to win.

“It’s going to be more complicated, but we will try to be ready for the challenge,” Cuellar said. “I think the Mexican players see this as an opportunity to play one of the giants in world soccer.”

Mexico can’t match the U.S. player-for-player, and in September found more success in a defensive system against the Americans.

U.S. coach Jill Ellis, who took over the team in May following the firing of Tom Sermanni, acknowledged that it is possible Mexico will sit in – “bunker,” as it’s called. But she thinks her opponent will try to play their game, a more open style displayed against Mexico after going down a goal.

Trying not to lose – instead of playing to win – is a more common strategy for weaker opponents against the Americans, and it’s something that can frustrate them.

“I think it’s a different challenge,” U.S. midfielder Carli Lloyd said. “We faced that a bit (in) our last Algarve Cup, and obviously the results weren’t there. This team does a really good job of – when things are going well, it’s great. And when things are just a little bit off or we’re sensing something a little bit different out there, we tend to kind of freak a little bit. But I think we’re getting better with that.”

The frustration was palpable in last week’s opening-game win over Trinidad and Tobago, a gritty 1-0 victory that was not only unconvincing, but somewhat lucky as the Trinidadians created opportunities.

But the U.S. has looked better in its last two matches, beating Guatemala 5-0 and Haiti, 6-0. The U.S. scored early in both games and gained confidence, something the Americans rely upon arguably more than any other team.

Friday is about sticking to the game plan and playing their game, Rampone says. And if for whatever reason things don’t go as planned early, the U.S. has to stay patient and stay the course. Ellis knows this.

For Mexico it is another opportunity to shock the United States, a nightmare the Americans hope to leave in the past.