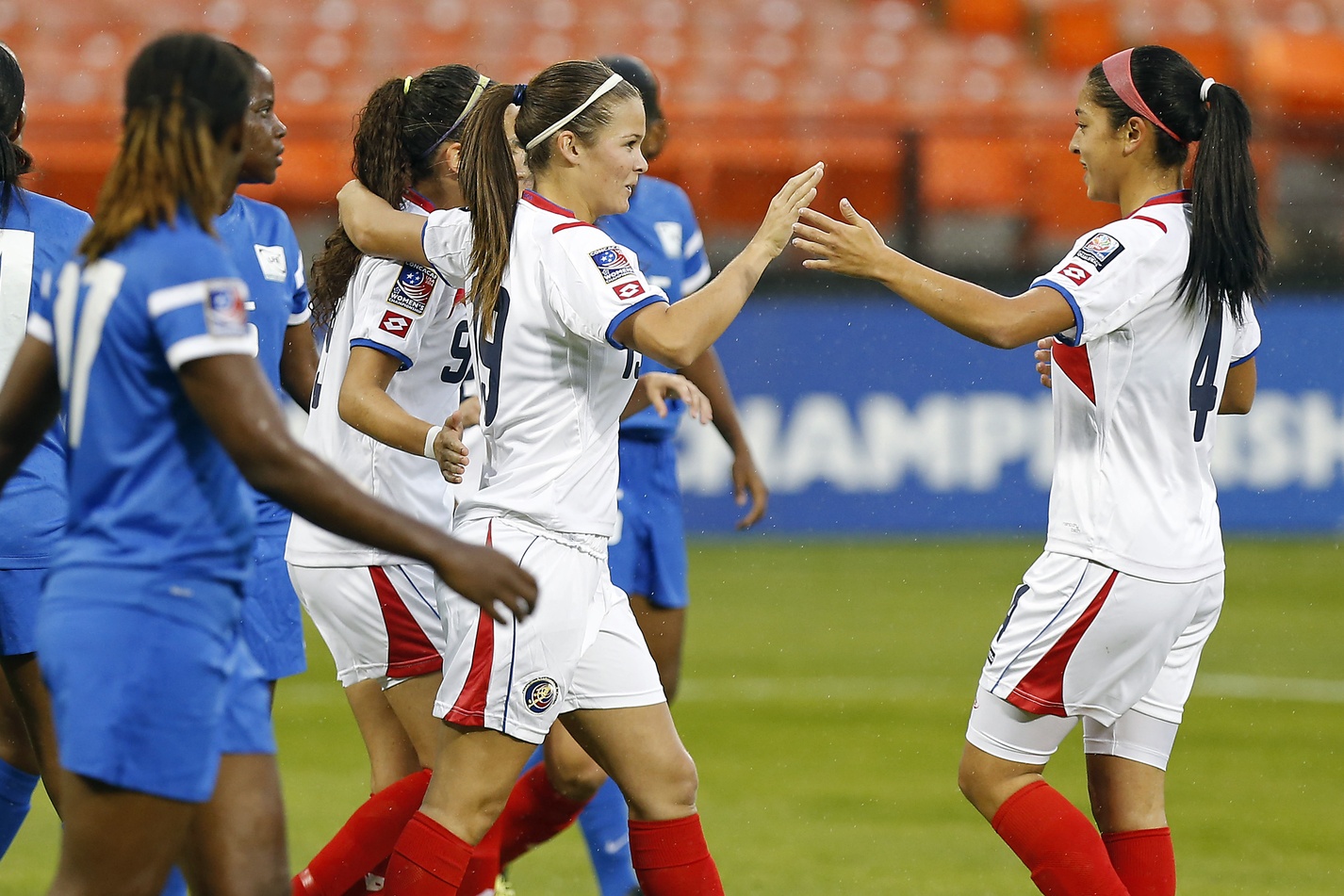 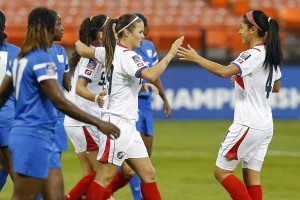 WASHINGTON, D.C. — Costa Rica ended group play at the CONCACAF Women’s Championship with a perfect record after beating Martinique, 6-1 at a rain-soaked RFK Stadium on Tuesday.

Costa Rica finishes the group stage of the Women’s World Cup qualifying tournament with three victories and will play Trinidad and Tobago in the semifinal on Friday outside Philadelphia. The top three teams from the tournament qualify directly for the 2015 World Cup, with the fourth-place finisher playing Ecuador in a two-leg playoff on Nov. 8 and Dec. 2.

Raquel Rodriguez scored two goals almost immediately after checking into the game in the 79th minute and Carolina Venegas added a brace of her own, scoring her second goal on a bicycle kick in the 90th minute. Venegas’ second goal:

Fabiola Sanchez opened the scoring for Costa Rica in the 7th minute on a header off a corner kick and Wendy Acosta also added a goal after the half-hour mark.

Martinique leaves the tournament with 22 goals against and one goal for, but it’s one the players will remember. Prisca Carin buried the 1-v-1 opportunity in the 62nd minute to give Martinique a bright spot. She almost scored again in the 77th minute, skipping a slow-rolling 1-v-1 shot off the post.

Martinique is not eligible to make the World Cup since it is not a FIFA sanctioned nation, since it’s an overseas region of France. Martinique is, however, recognized by CONCACAF and thus can play in regional events.

By winning Group B, Costa Rica avoids the United States — the Group A winner — in the semifinals, where a win clinches a World Cup berth.