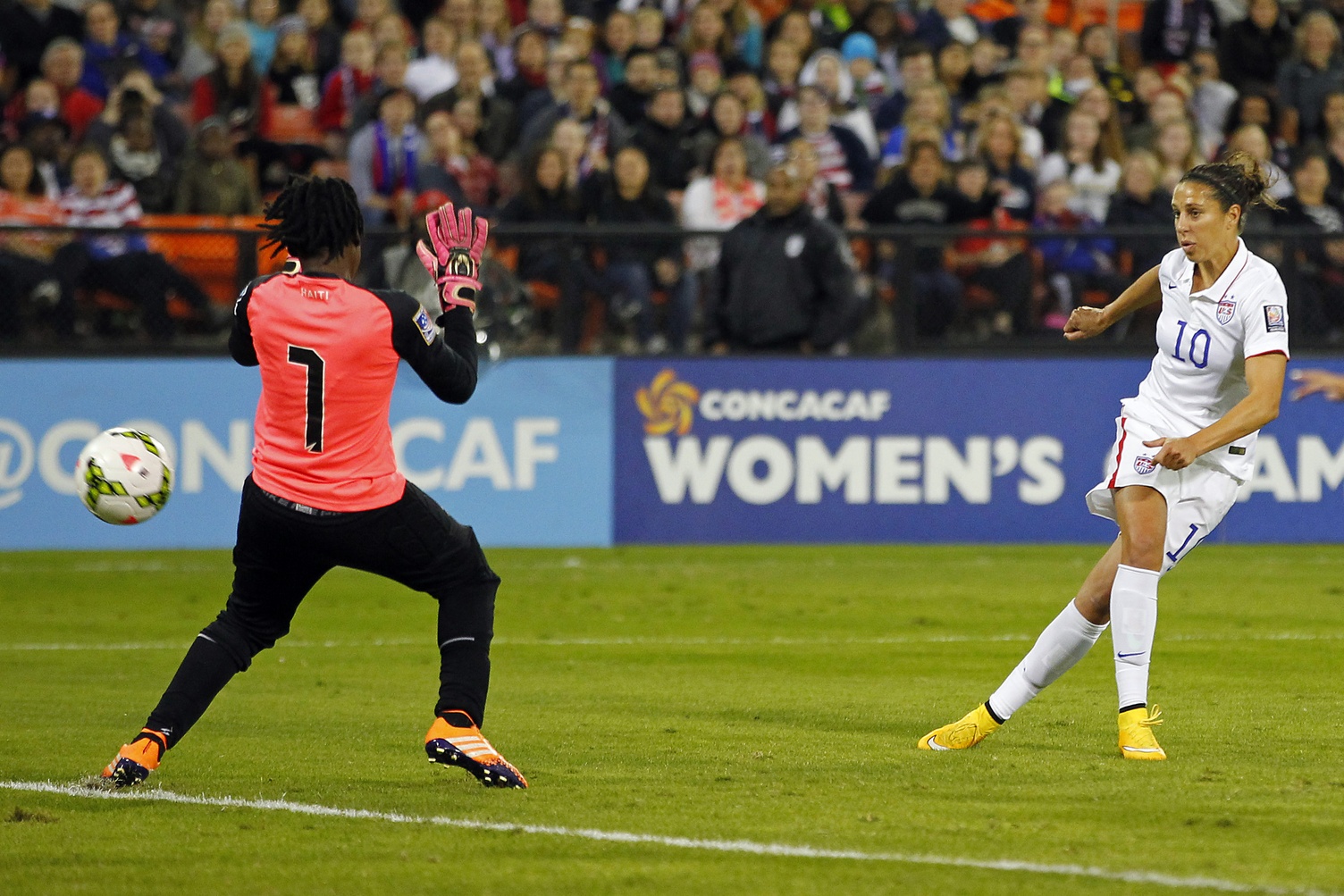 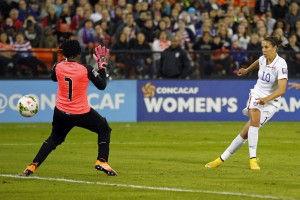 It was rarely pretty, but the United States has won Group A of the CONCACAF Women’s Championship.  The U.S. beat Haiti 6-0 Monday night at RFK Stadium and now sit on the cusp of another World Cup berth.  They can make it official by winning their semifinal match Friday night in Philadelphia.  Barring a sensational upset by Martinique over Costa Rica, the U.S. will play the winner of Tuesday’s Mexico-Jamaica match.  A draw would be enough to get Mexico through.

Earlier, Trinidad & Tobago downed Guatemala, 2-1 and the Haiti result officially sent them to the semifinals, where they will play for a berth in the World Cup, likely against Costa Rica.  Neither team has ever played in a World Cup.

Against an over-matched Haiti side that elected to sit deep and play defensive throughout the U.S. went ahead in the 9th minute.  Megan Rapinoe had her free kick blocked near the goal line and Tobin Heath outworked three Haitian defenders to knock it free to Meghan Klingenberg.  The subsequent cross intended for Abby Wambach was punched away but only as far as Carli Lloyd who deftly chested it down and volleyed it in.

The next half hour featured total territorial domination by the U.S. but like against Trinidad & Tobago and pars of their win over Guatemala, they had little to show for it.  They finally doubled the lead in the 39th minute when Christen Press, given far too much space, sent a straight ball to the top of the six where Roselord Borgella’s clearing effort went directly into Wambach’s head and in.

“The first half, we got that goal early,” U.S. midfielder Carli Lloyd said, “but then we were a little bit stale and trying to do some things. I think we were trying to over-execute our plan. But then we found the rhythm again. Overall I thought it was a great team performance. Three down, now we’re on to the next one.”

The second half was the best the U.S. looked during group play, aided by Meghan Klingenberg’s first international goal, a stunning strike from distance:

Some inspired play by Morgan Brian also led to a goal in her first action of the week.  Wambach and Press also scored second-half goals.  It was Wambach’s second of the night and world record extending 173rd career goal in international play.

Ashlyn Harris got the start in goal and had little to do for the clean sheet, the first of her U.S. career in four appearances.  The United States did not concede a goal in group play.

Haiti was eliminated from the tournament and from World Cup contention.