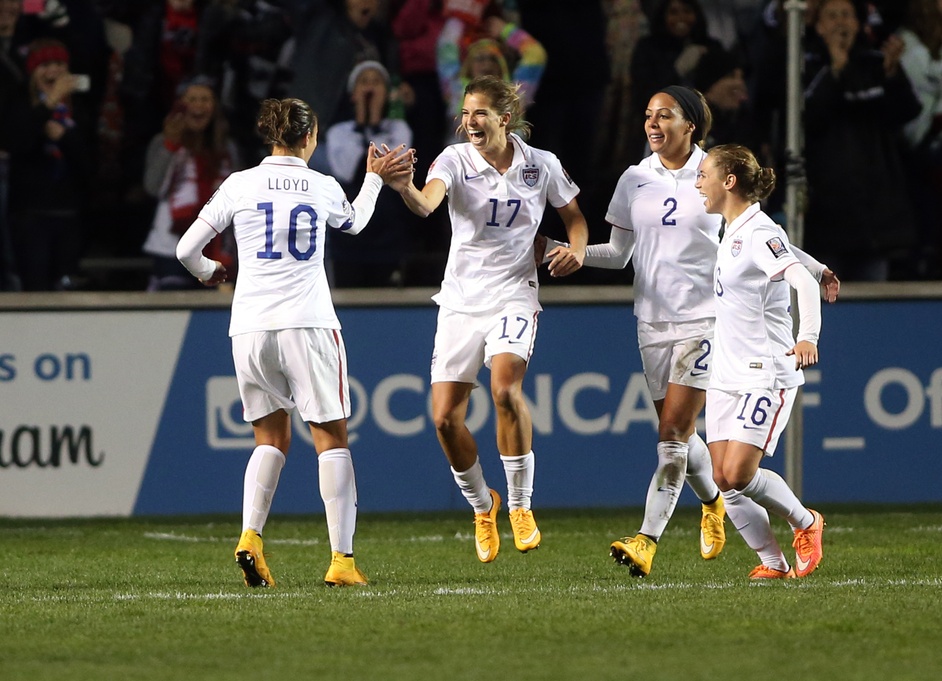 Tobin Heath (17) scored twice for the U.S. on Friday in a 5-0 win over Guatemala. (USA Today Images)

Tobin Heath found herself fighting for playing time all year with the U.S. women’s national team, trying to find her role in a team that still has seemingly very few absolutes.

She played in only eight of the United States’ 16 games in 2014 heading into Friday’s World Cup qualifying match vs. Guatemala, starting only three of them. As espnW’s Graham Hays puts it, “Heath has been the odd woman out for much of this year” as the U.S. tries to find itself amidst a coaching change and a complete tactical shift.

U.S. coach Jill Ellis told Hays after Friday night’s match that Heath’s inconsistencies in front of net played a part in her lack of playing time.

But Friday was arguably Heath’s best match yet for the U.S. women, who beat Guatemala, 5-0. It was a complete performance from a left forward role all the way to a late showing at left back after the three points were clearly secured. Heath scored an opportunistic opening goal in the 7th minute and then added the United States’ third goal on a wonderful backheel flick-on.

“Tobin’s had some really good training,” Ellis said told Hays postgame. “The previous camp, we talked a little bit more about her productivity being a part of it. Tobin loves to have fun on the ball, and she’s very, very creative. We just wanted more end product, and certainly in training, certainly tonight we saw that. I was really pleased.”

Heath spoke of having a “balance of your own style” and U.S. defender Whitney Engen, who scored on Friday, likened Heath’s style to that of “the old Brazilians.”

The talent has always been there for the 26-year-old Heath, who made her U.S. senior team debut at 19 years old. She’s one of the team’s most skillful players on the ball, and her unforgettable strike in last year’s NWSL final that won Portland a championship is further evidence of how good she can be.

But Heath’s productivity has been inconsistent at times, as Ellis alluded to. Heath has been generally lost in recent conversations surrounding the front six for the United States. But she was the best player on the pitch on Friday, and if that can become the norm, Heath could find herself playing a bigger role soon.