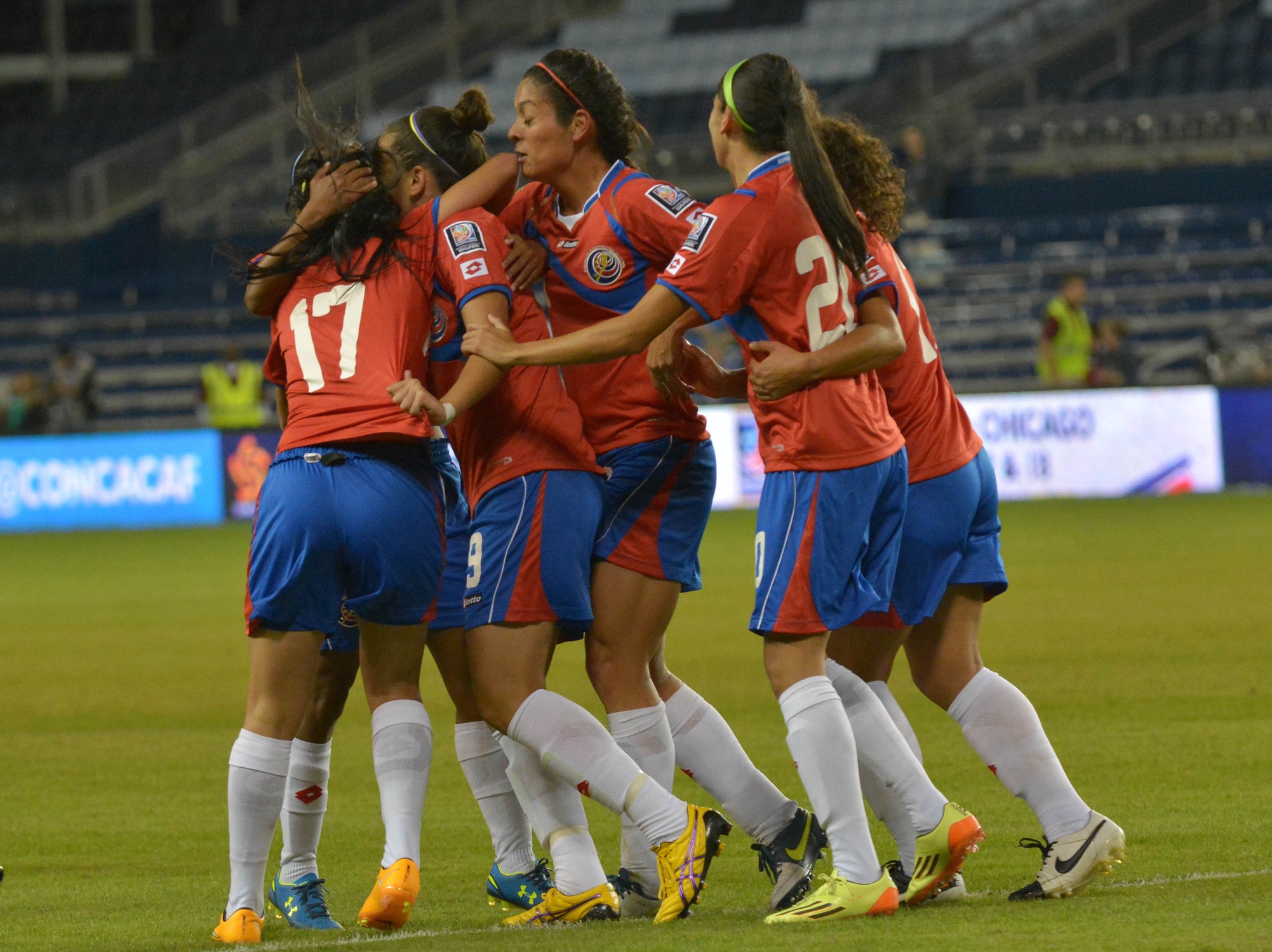 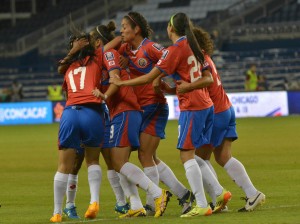 Costa Rica advanced to the CONCACAF Women’s Championship semifinals with a 2-1 win over Jamaica on Saturday. (USA Today Images)

BRIDGEVIEW, Ill. — Costa Rica became the first country to book a ticket in the semifinals of the CONCACAF Women’s Championship with a 2-1 victory over Jamaica on Saturday. Raquel Rodriguez and captain Shirley Cruz each scored for Las Ticas.

The victory guarantees that Costa Rica can finish no worse than second in Group B. The top two teams from the group advance to the semifinals, where three teams will earn direct berths to the 2015 World Cup. The fourth-place finisher will play Ecuador in a two-leg playoff. Costa Rica has never qualified for a World Cup.

Rodriguez earned the penalty kick that led to Costa Rica’s opening goal, settling the ball inside the box before being brought down by Jamaica defender Nicole Ccampbell-Green. Cruz stepped up to bury the penalty kick and put Costa Rica ahead in the 76th minute, but the lead lasted less than 60 seconds.

Jamaica pushed the ball forward from the ensuing kickoff, and Shakira Duncan found space on the right side, where she sent in a cross that sliced toward goal and floated over the head of Costa Rica goalkeeper Dinnia Diaz for the instant equalizer.

Costa Rica, though, wouldn’t be denied a chance to book their tickets to Philadelphia early. Cruz made a storming run down the left side in the 86th minute, losing the ball but regaining possession and finding Carolina Venegas, who tapped it back to Rodriguez for the finish from 15 yards out.

Diaz kept Jamaica from taking the lead against the run of play in the 52nd minute when she saved a corner kick off the line and swept away the dangerous loose ball that followed. Monique Pryce’s left-footed, in-swinging corner kick into the Chicagoland winds nearly created an Olimpico goal.

Jamaica’s match against Mexico on Tuesday in Washington, D.C., will determine which other team advances out of Group B. Mexico plays Martinique later on Saturday. Martinique cannot advance to the semifinals since it is not a FIFA-sanctioned country.