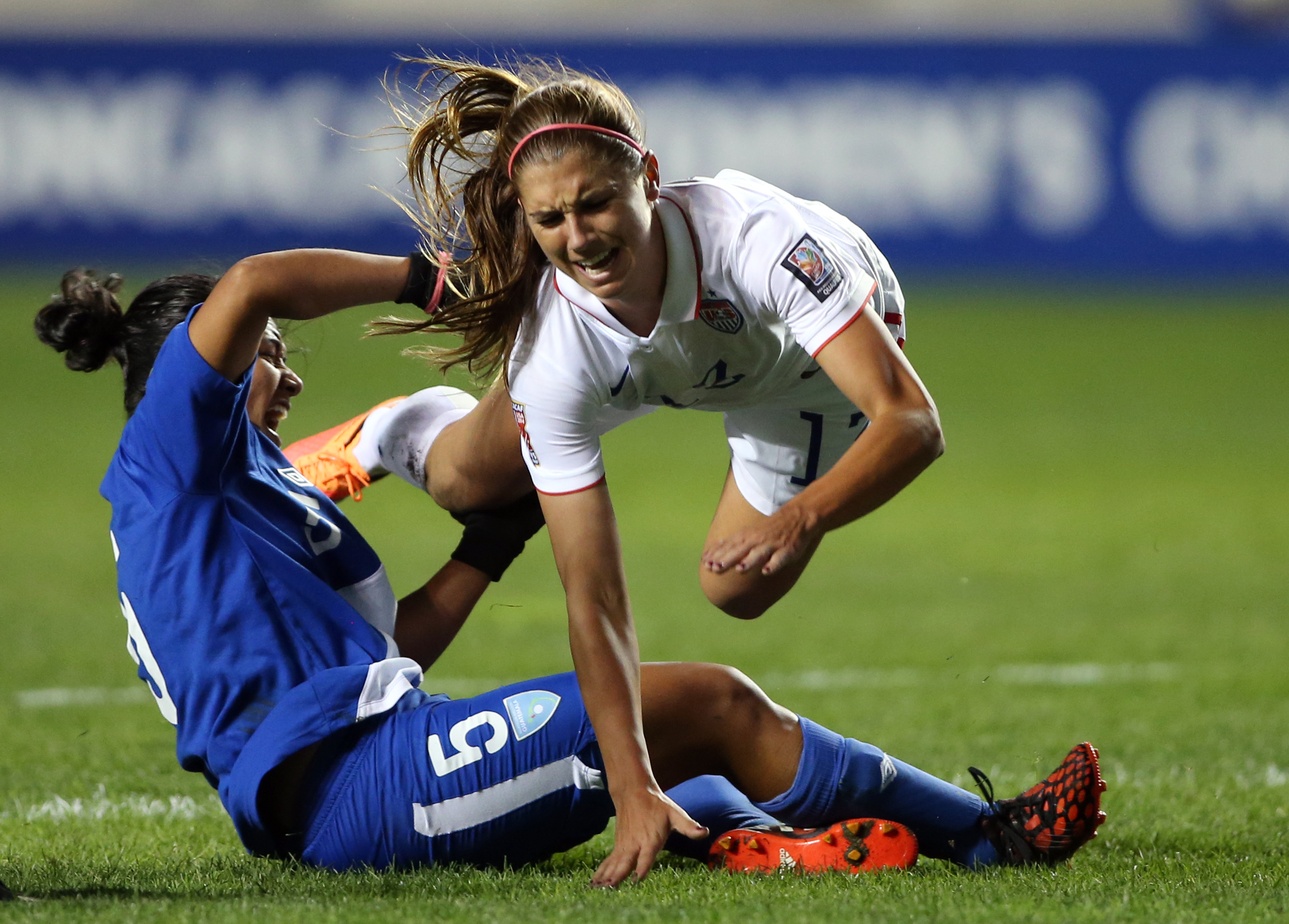 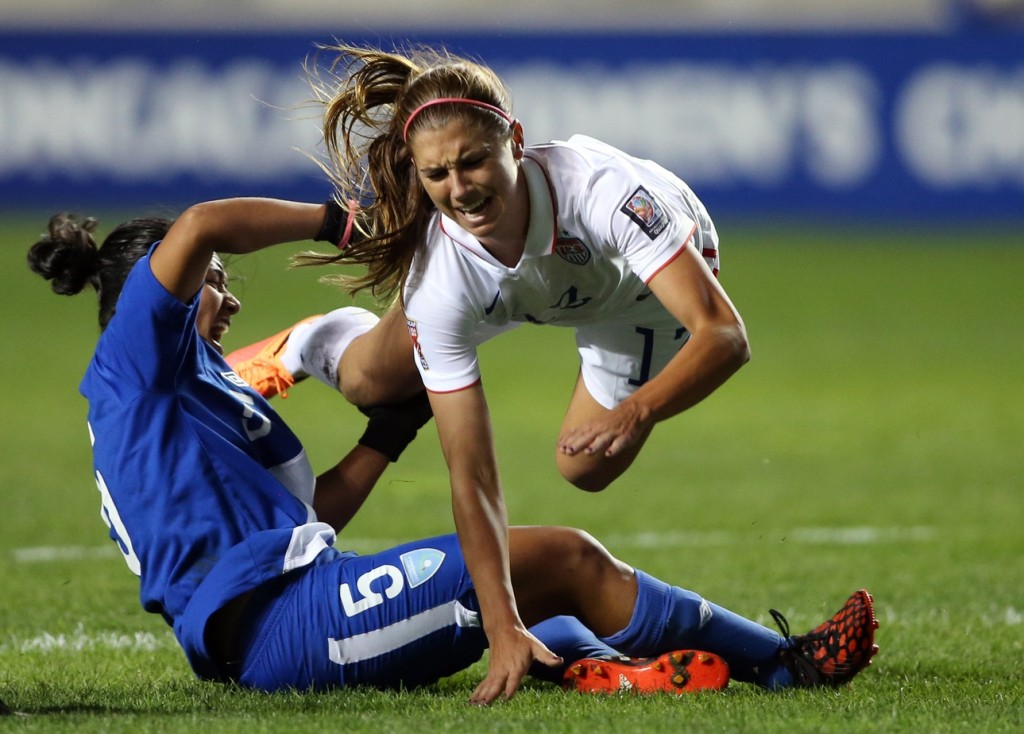 BRIDGEVIEW, Ill. — The U.S. beat Guatemala 5-0 on Friday to stay perfect through two games of World Cup qualifying, but the Americans lost star striker Alex Morgan to a left ankle injury, the same ankle that recently kept her sideline for seven months.

U.S. Soccer said Morgan has a left ankle sprain and she will get an MRI to determine the extent of the injury. Morgan was chasing down a loose ball in the 37th minute when her feet tangled with Guatemala defender Londy Barrios, causing Morgan’s ankle to roll. She left the field on a stretcher before gingerly walking to the locker room. 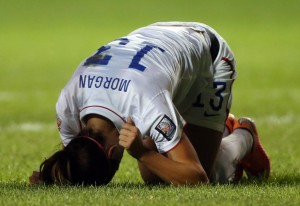 “I’m not feeling too bad right now. It actually feels OK,” Morgan told Fox Sports’ Jenny Taft after the game, adding that she felt relieved. “I have it taped up and (Saturday) we’re going to get the appropriate scans to look more into what’s going on.”

Morgan sprained her left ankle in October 2013 and returned too soon, leading to a stress reaction that kept her sidelined until June of this year. She has 49 goals in her 77 appearances for the United States. Morgan said in June after she came back that she no longer thought about her previous ankle injury.

“She’s pretty optimistic, which is a good sign,” U.S. coach Jill Ellis said. “She’s a tremendous player. It would be a loss if we didn’t have her.”

The victory improves the U.S. to 2-0-0 in World Cup qualifying, setting up the team for likely advancement to the semifinals next week in Philadelphia as one of the group’s top two teams. The top three teams at the CONCACAF Women’s Championship advance directly to the World Cup.

Tobin Heath led the way on Friday with two goals, opening the scoring for the U.S. in the 7th minute and adding the United States’ third goal in the second half.

Heath’s 7th minute goal was the only of the first half for the U.S. women, who were again wasteful in front of goal in the opening 45 minutes. Despite out-shooting Trinidad & Tobago in Wednesday’s CONCACAF Women’s Championship opener, the U.S. only won 1-0 and nearly gave the game away late.

There appeared to be a hangover effect on Friday at Toyota Park, but the U.S. finally found its finishing touch in the second half. Carli Lloyd scored 31 seconds into the half, and Heath added her second goal of the game eleven minutes later, cheekily flicking the ball into the net after Lloyd volleyed Megan Rapinoe’s corner kick. 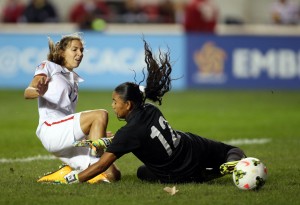 Tobin Heath had her first multi-goal game for the USWNT on Friday. (USA Today Images)

Rapinoe’s free kick in the 58th minute — a minute after the third U.S. goal — found the head of a wide-open Whitney Engen for the finish and Rapinoe scored a goal of her own in the 66th minute when she hammered a right-footed shot past Guatemala goalkeeper Alicia Navas.

“We talked about at halftime about really trying to get deeper on our crosses, looking toward the back post and it resulted in that,” Ellis said.

As part of her lineup rotation, Ellis sat forward Abby Wambach and defender Christie Rampone. Press also sat to start, as Ellis’ third change to the lineup, but Press replaced the injured Morgan just before halftime.

Group A play wraps up on Monday at RFK Stadium in Washington, D.C. The U.S. plays Haiti, while Guatemala takes on Trinidad & Tobago.

Earlier in the night, Trinidad & Tobago defeated Haiti, 1-0 to pick up its first win of the tournament. Trinidad & Tobago played the final half-hour with 10 players after losing goalkeeper Kimika Forbes to a red card. Haiti and Trinidad & Tobago each have 3 pts. from two games each. The top two teams in the group advance to the semifinals.