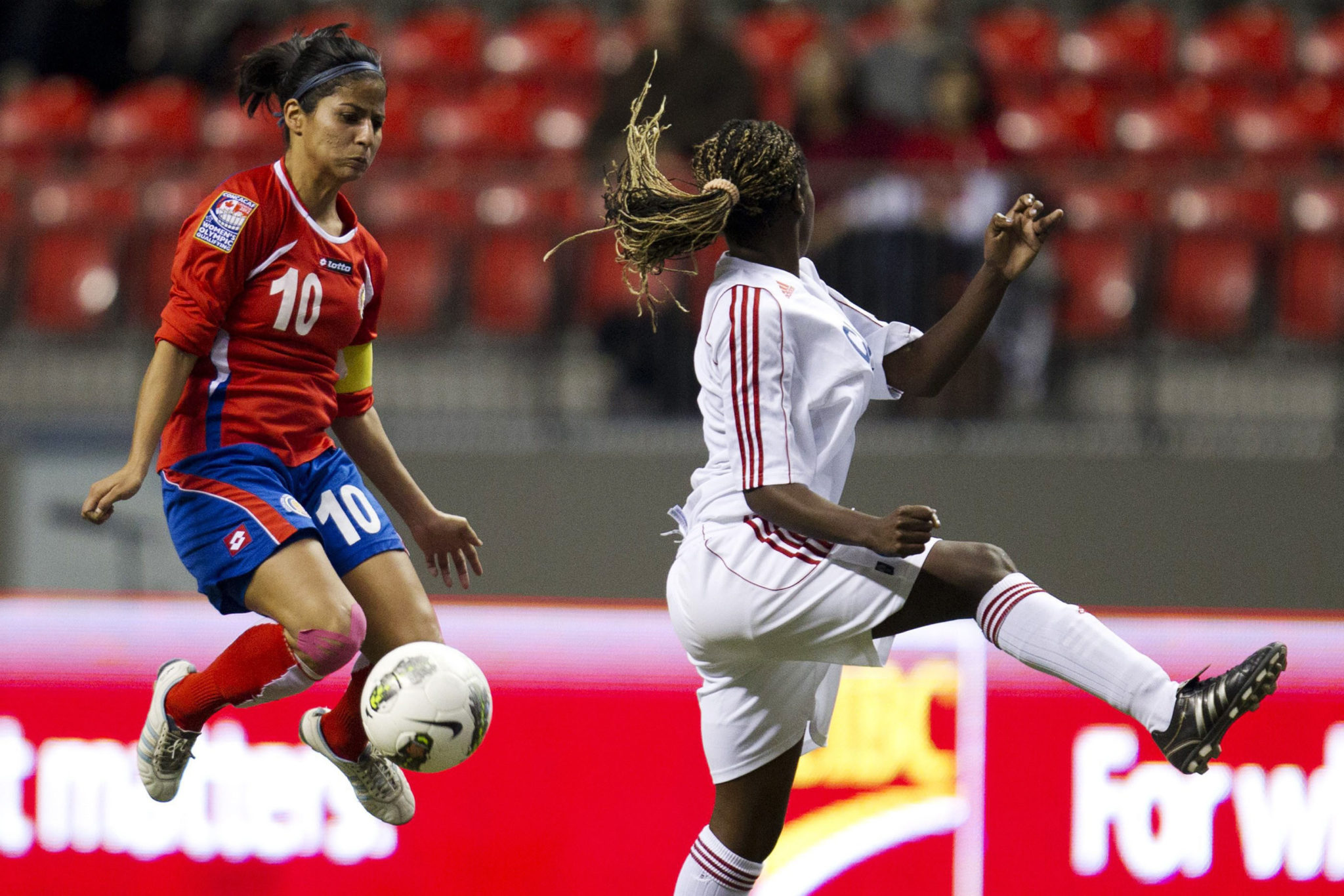 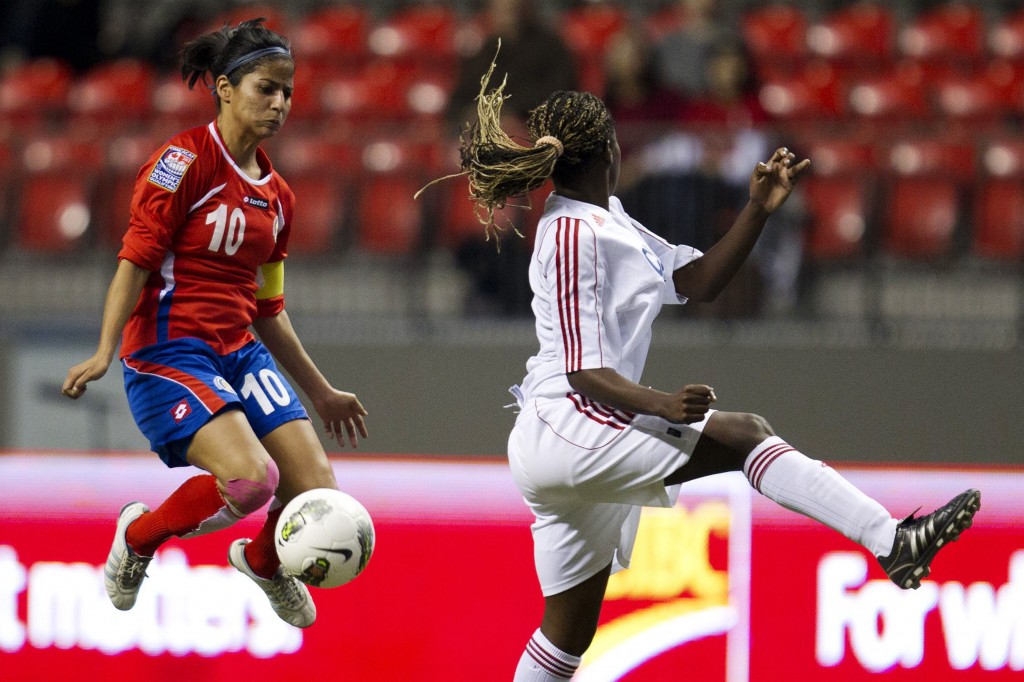 Shirley Cruz might be the best player in CONCACAF who you’ve never heard of.

She won the UEFA Champions League title twice with Lyon in 2011 and 2012 — as well as six straight French league titles — before switching over to France’s other big club, PSG. (Those two teams advanced this week to meet each other in the Round of 16 in November.)

But she’s never been to a World Cup, and her best and possibly last shot at qualifying for one is at the CONCACAF Women’s Championship this month. Costa Rica opens the tournament on Thursday against Mexico. 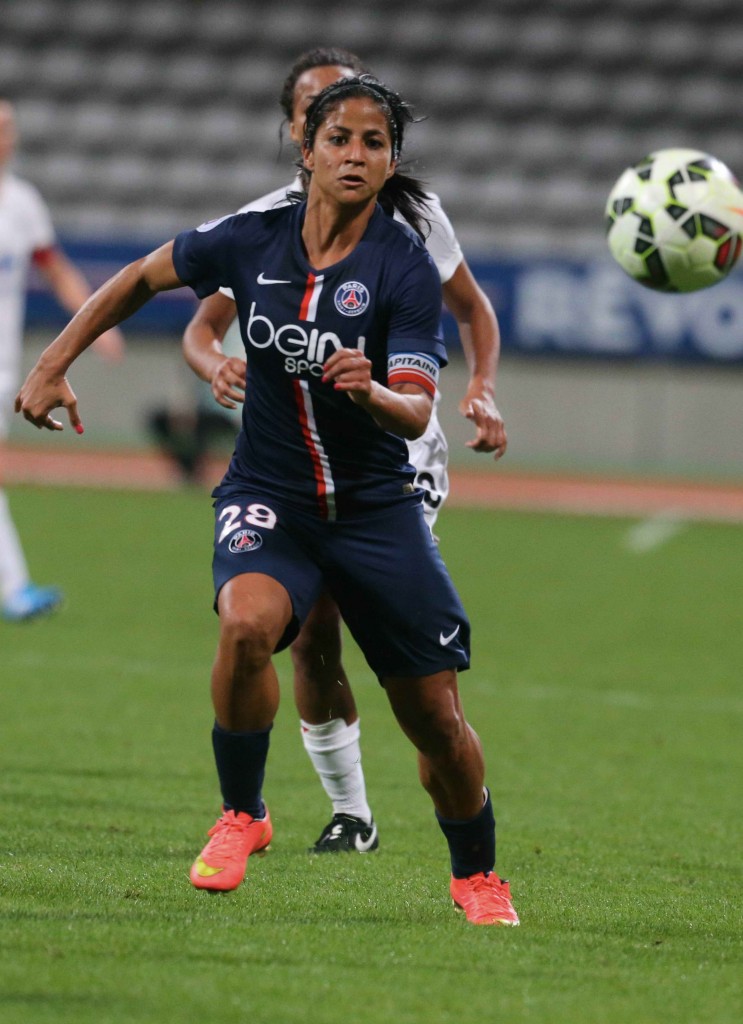 Cruz, 29, is the only player on her team who plays in Europe. She turned professional and left home for France at age 20, a decision that wasn’t made easily.

“I took my decision and I left. I grew up like a football player, like a woman. So it was a really big deal for me.”

Cruz describes her style of play as “typical Hispanic soccer — good touch, dribbling.” She has scored 49 goals in her time in France, and she is the vice captain of PSG.

By all accounts, Cruz is the most successful women’s player Costa Rica has ever produced. Cruz is Costa Rica’s No. 1o — the playmaker — and her play will be key to the team’s success. She has five goals all-time in CONCACAF Women’s Championship competitions.

But she is quick to deflect the attention, and doesn’t think that there is any additional pressure on her to stand out at qualifying. Most of her teammates play at home — a few are in U.S. universities. Cruz says that the only way to reach the 2015 World Cup will be to play as a team.

“The difference is that I have a really big game every weekend,” she said. “They have just three friendly games, so I think I’m ready. We have to play as a team to go prepared to the games.”

Costa Rica hosted an incredibly successful and well-attended U-17 Women’s World Cup earlier this year, attracting over 284,000 fans to the tournament’s 32 matches. Cruz hopes that successful qualification for the senior event will continue to encourage investment in women’s soccer.

“Qualifying for this World Cup would be like a reinforcement to tell the people to tell the organization, to tell private companies to support us,” she said. “If you want to play against the best in the world, you need support.”

Cruz says she’s healthy after dealing with a recent right ankle injury and she calls Thursday’s opener against group favorite Mexico a must-win as Las Ticas try to win the group to avoid the United States as likely Group A winners.