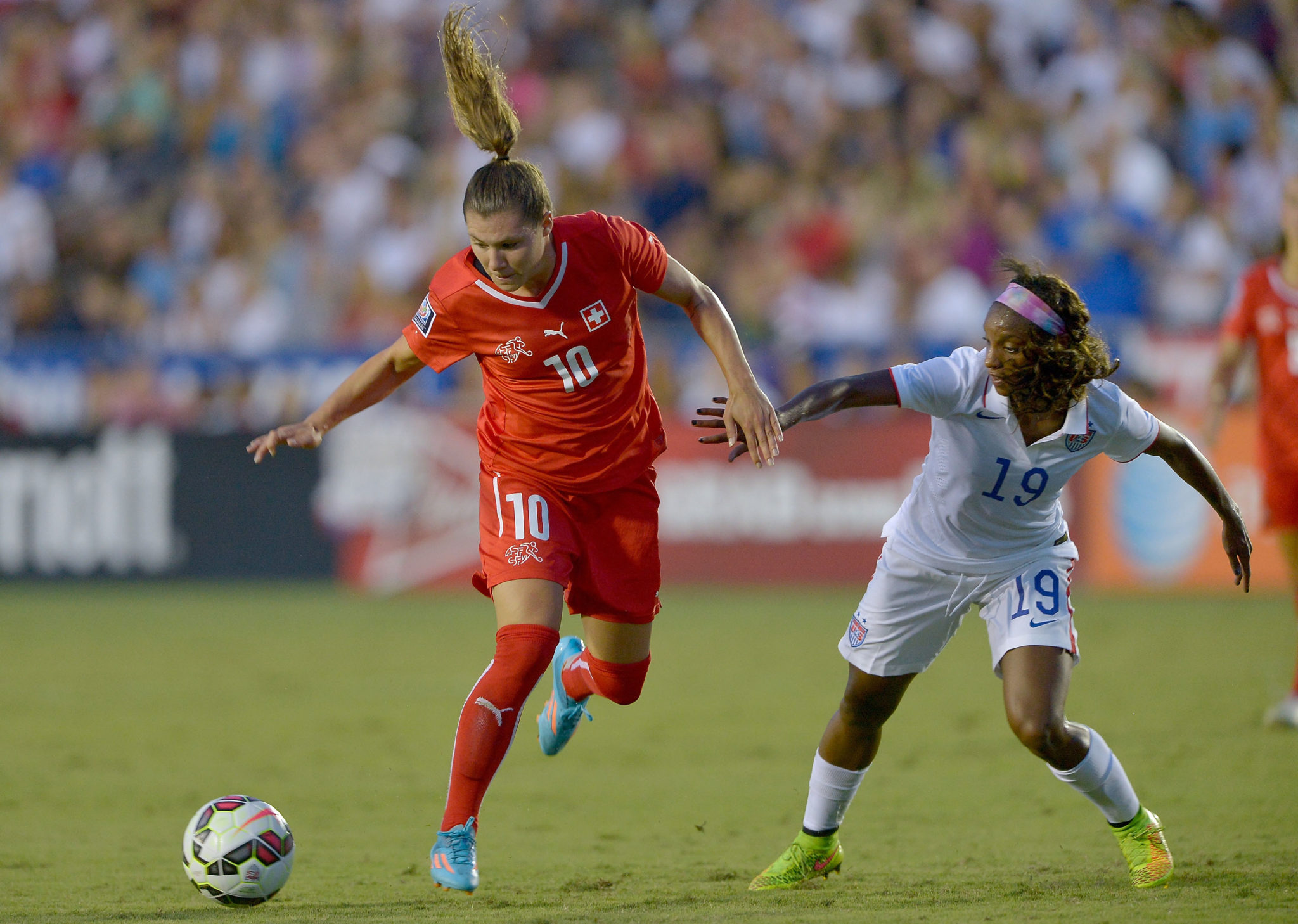 An MRI revealed Dunn has a mild MCL sprain in her right knee, according to U.S. Soccer, and will be out 2-4 weeks.

“It’s an unfortunate situation and we definitely feel for Crystal, but we are confident that Julie can come in and contribute to our qualifying campaign,” U.S. coach Jill Ellis said. “She’s a versatile player, she’s been training well and she’s ready to go.”

Dunn tweeted her disappointment on Tuesday.

It's been a rough year, but it IS what I signed up for. Disappointing moments are meant to build you up, not break you down.

Thanks for all the support, the show goes on, tune in tomorrow for our game. USWNT vs Trinidad and Tobago

The U.S. opens the tournament, which doubles as World Cup qualifying, on Wednesday against Trinidad & Tobago at Sporting Park in Kansas City. (8:30 p.m. ET on FOX Sports 2).