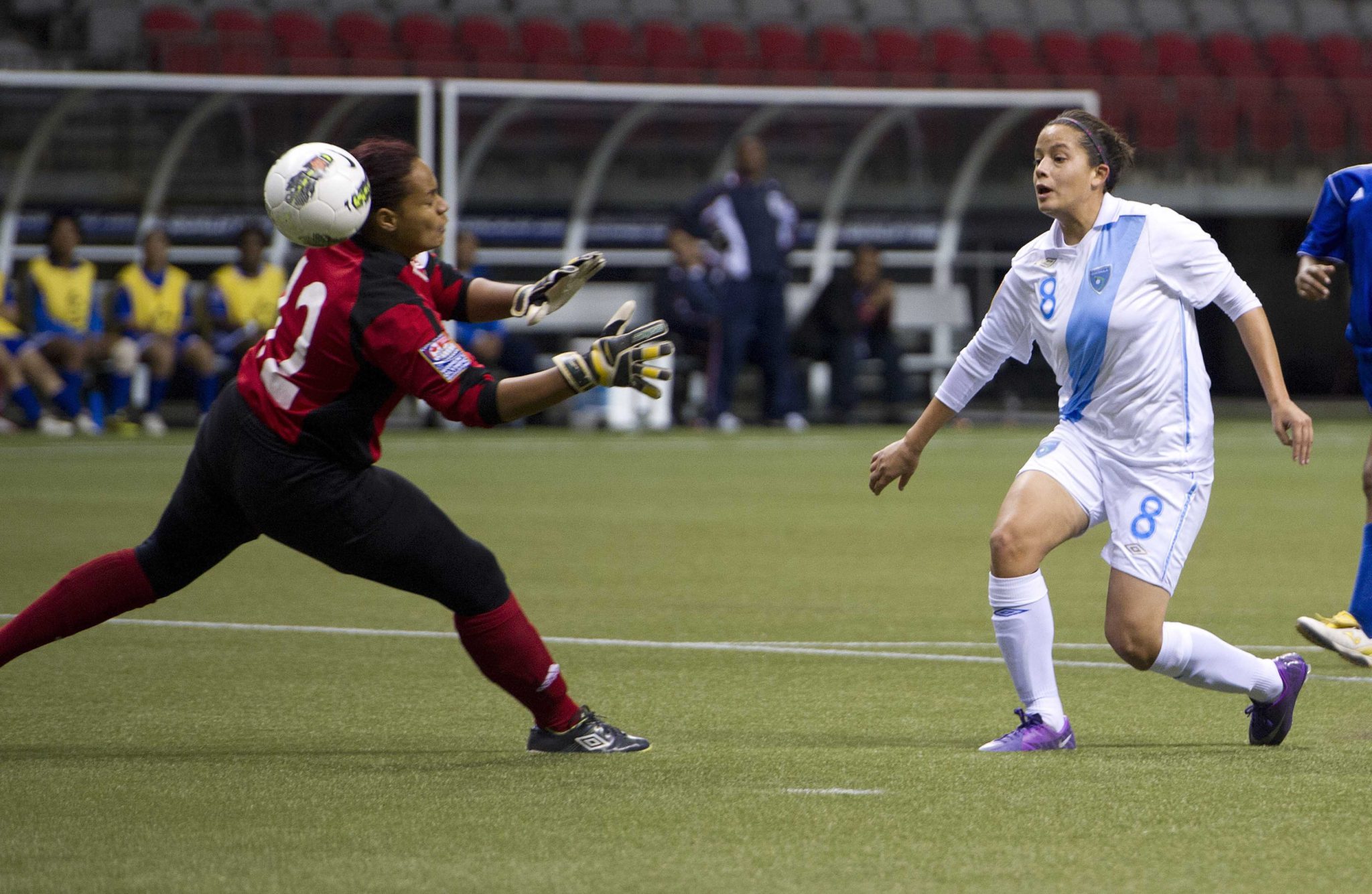 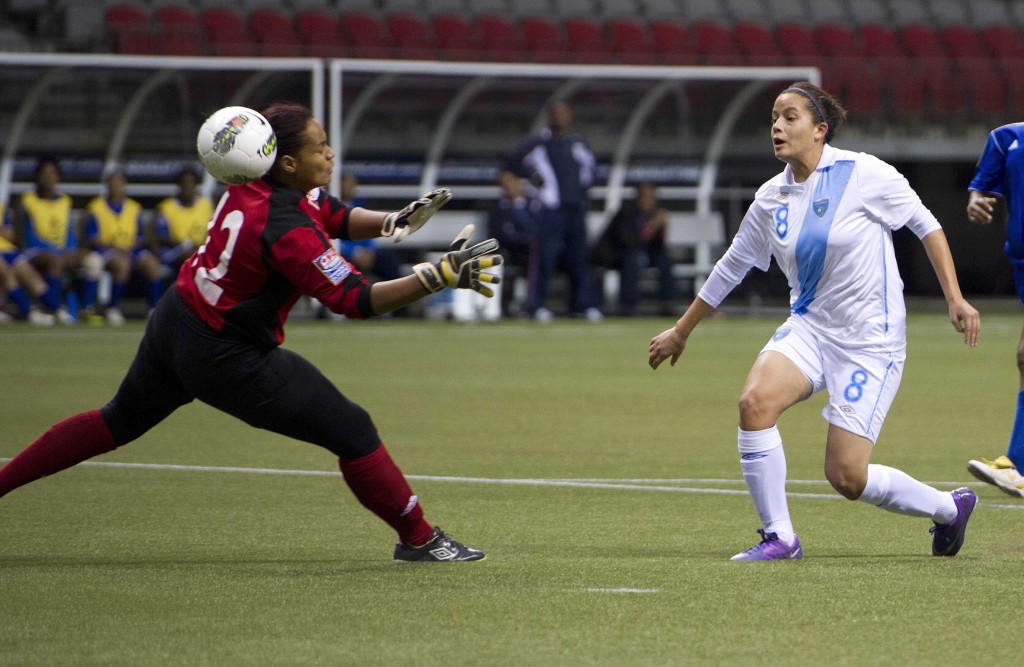 Guatemala and Costa Rica — the two Central American sides who advanced to the CONCACAF Women’s Championship from regional qualifying earlier this year — have come to the U.S. for final camps ahead of the tournament’s start next week. Guatemala is based in Florida while Costa Rica is in Colorado.

The Equalizer reached out to some of the domestic-based players of Guatemala — one of the least known teams outside of Central America — to give us their thoughts ahead of the regional World Cup Qualifiers, which begin next week. The top three sides at the tournament advance directly to Canada 2015 Women’s World Cup, with the fourth-placed finisher facing off against Ecuador for one final World Cup spot.

Maria Monterroso is a forward on Guatemala’s women’s national team. Maria is a junior academically but is a sophomore for academic eligibility at Division I Grand Canyon University in Phoenix, Ariz., after spending two years (one as a redshirt) at Lyon College in Batesville, Arkansas — an NAIA school. Grand Canyon University is in its second year in NCAA Division 1 — in the Western Athletic Conference — and is upgrading the squad since its move up from Division II. Monterroso has found the style of play at GCU “more physical, [with] more fitness. Everything is done at speed, to pass the ball quickly and [it] is more competitive than at home.” Soccer is a family affair for the Monterroso family; her sister Coralia is a national team defender and their father, Benjamin, is the head coach of the team.

Daniela Andrade is another native of the Guatemala City area who is a senior midfielder for the University of South Florida. Andrade has one goal and four assists in 49 games for the Bulls, who are 7-6-1 this season, including a win over the University of Texas. Andrade will graduate this December with a degree in financing, and she hopes to continue her soccer career at the professional level.

“I am planning on finding an opportunity to keep playing and go pro, go to the next level. I am really looking forward to go overseas but am open to any opportunity.” She didn’t rule out the NWSL but she is very interested in going to Europe and ideally would like to play in Spain or France. Compared to Guatemala, she felt that the competition in the States was much better: “Here you get to play with teams who are very good but back home there are only a couple of good teams. Here the speed of play and strength is important; at home it is technique. You are more of a soccer player than an athlete [in Guatemala].”

Andrade feels that the Guatemalans have to play their style in order to be successful in the Gold Cup: “We expect to keep possession, use the ball and create opportunities to score. We will have different formations for each game….As a team, we use our center-mid players and our target forward — we don’t utilize wings and crosses. We use combination and short passes in to goal.”

Maria Monterroso also described the Chapinas’ ambitions for the CONCACAF Women’s Championship: “We like to keep possession of the ball; we are a good team that can do good things….We are a team that are going to fight every game. We are going to accomplish our goal, to go to the World Cup.”

Monterroso said that the game against the U.S. would be the most difficult for her side, but discounted the training advantage that Haiti and Trinidad & Tobago had, both having held training camps this summer in the United States before the Caribbean Cup finals and again before this month’s final stage of the tournament.

“We have had camps in Guatemala as well and we have played against Haiti and Trinidad and Tobago in other tournaments,” she said.

Guatemala flew to Miami on Oct. 1 for a pre-tournament camp involving youth and college friendly matches but, won’t play a proper international friendly ahead of the match. Monterroso will meet up with the team in Kansas City just a day before their first match versus Haiti. Her father told CONCACAF.com, “The country is at a level of transformation and the number of girls playing football has grown greatly. We are excited about the team we have built.”

Monterroso said that Guatemala is interested in finding more players born overseas who are of Guatemalan descent, but that has been difficult because of all the paperwork needed for a passport. They still hope to find some players in the future who qualify through their parents or grandparents. A few others with experience playing in the U.S. include: Christian (Kiki) Rosinos at Tyler Junior College in Texas, forward Diana Barrera, who played for four years at SUNY-Albany, and Ana Lucia Martinez, who was a practice player for most of the season for the Houston Dash, though she was not on the roster.

Costa Rica’s women’s national team arrived in the U.S. on Sunday, Oct. 5, and has since played three exhibition matches in Colorado, one against the a 1-0 win over the Colorado Storm, a 2-0 win over the Air Force Academy and a 10-0 win over Colorado Select.

Head coach Garabet Avedissian explained his strategy to CONCACAF.com for the friendly matches: “The primary purpose of the preparation matches, apart from making a tactical approach to the system of play you want to implement, is to detect what we are missing, what we are not doing well. From there we can focus on what we need to improve in order to grow and try to arrive at World Cup Qualifying in good condition.”