For impoverished Trinidad & Tobago team, greatest challenges are off of field 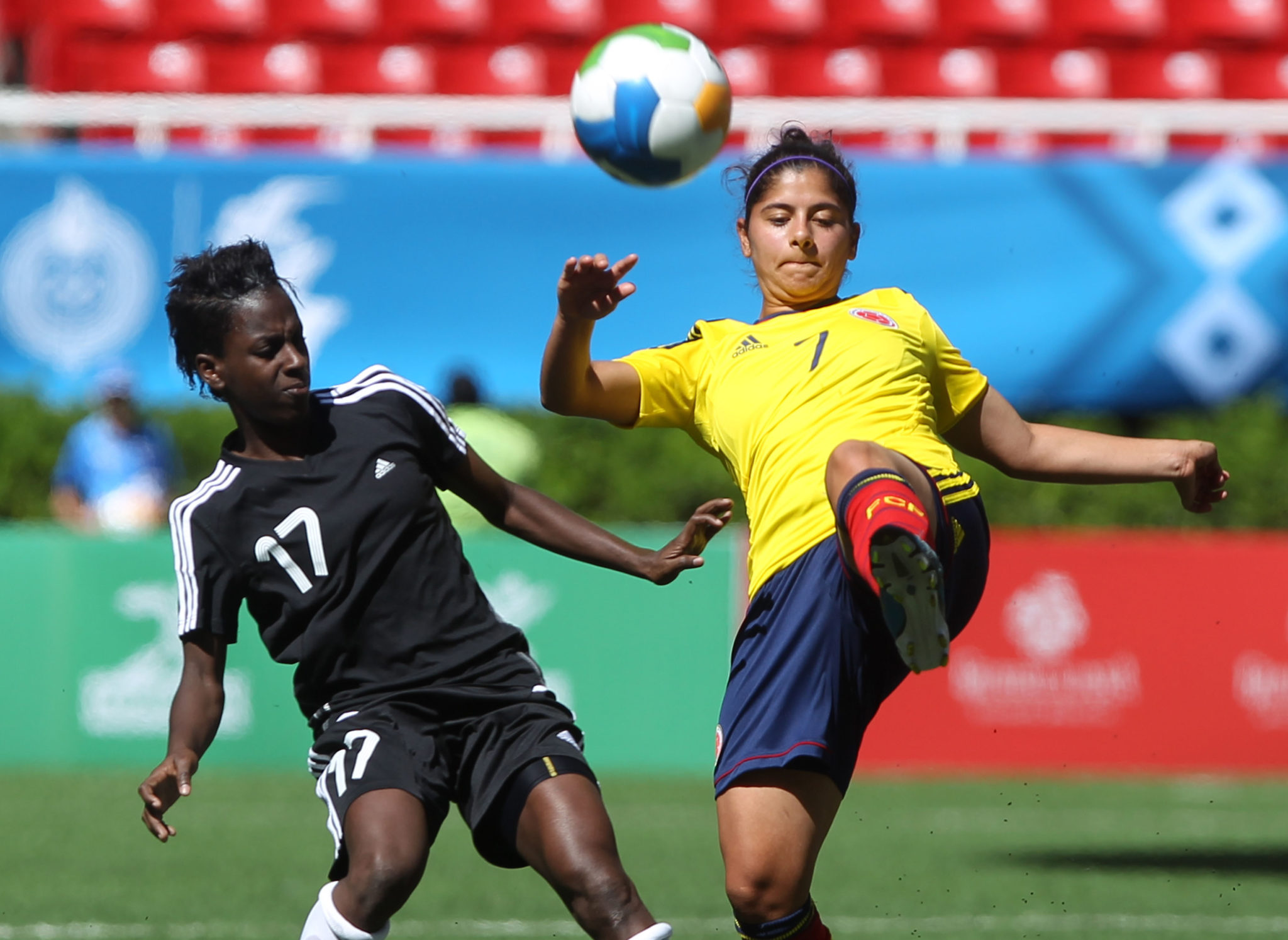 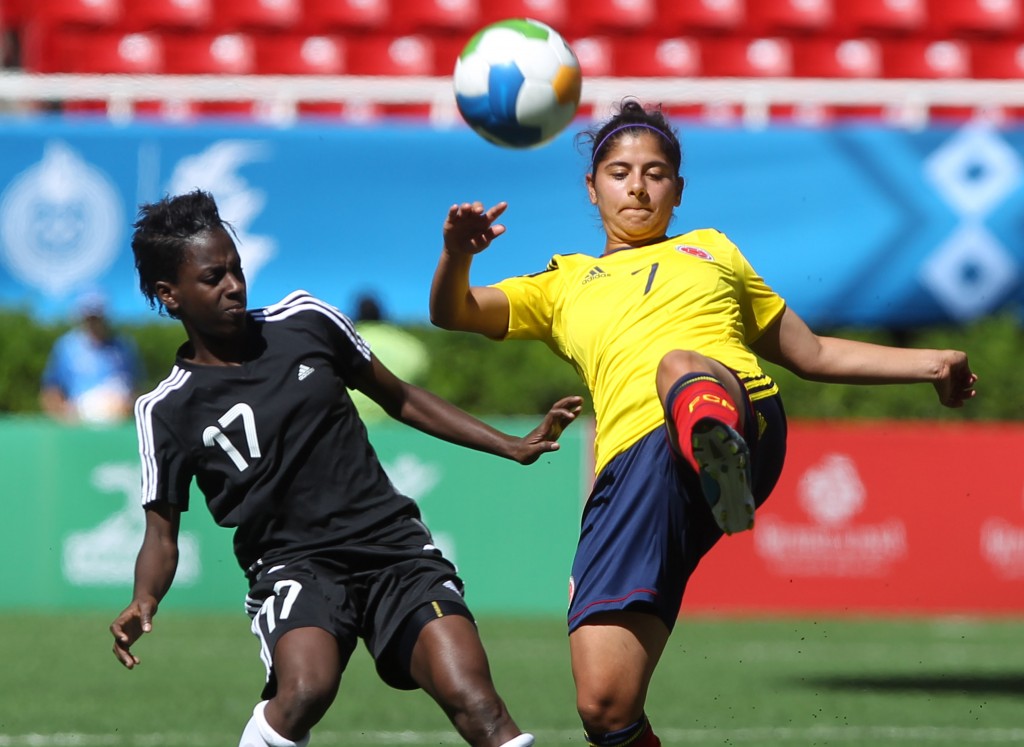 Kennya Cordner (left) and her Trinidad & Tobago teammates hardly have anything, but this month they have a chance to become the first Caribbean team to qualify for the Women’s World Cup. (AP Photo)

Well before practice begins for the United States women’s national team — the world’s No. 1 team — the typically immaculate field is ready for the training session ahead. Cones are perfectly distanced off for warm-up sprints, resistance bands lay on the sidelines for stretching and dozens of pristine Nike balls sit in several areas of the field, waiting to be used in drills.

Trinidad & Tobago players know nothing of such a scene.

Thirteen players arrived in the Dallas on Tuesday afternoon, with only $500, coach Randy Waldrum said. He took to Twitter on Wednesday morning to rally support and funding for the team, which he and players say got a flight to Dallas and nothing more. The Trinidad & Tobago Football Association said on Wednesday that the $500 was just for the first day, and that additional funds will be sent to the team throughout the week. But similar promises have been made before, without action to follow.

The Soca Princesses, as they are nicknamed, open the final round of World Cup qualifying against the United States on Oct 15. Trinidad & Tobago are the Caribbean champions and they have a legitimate chance to become the first Caribbean team to qualify for a Women’s World Cup, which in 2015 will feature 24 teams for the first time. Three automatic berths are on the line this month, with the fourth-place finisher getting one last chance in an international playoff vs. Ecuador.

The off-field struggle the Trinidadian players face is nothing new for them; they are often lucky just to practice at all. Field space is hard to come by on the islands, not to mention water and equipment. When the team can secure field space, it is often underwater or shared with another team.

Waldrum, a 58-year-old American who is also in charge of the National Women’s Soccer League’s Houston Dash, says he had eight practice balls to use throughout the summer. He often uses the word “nightmare” when describing the team’s ongoing quandary.

Tuesday’s partial-team arrival comes a week after the originally planned date, delays caused by a lack of finances for 13 player visas, which required a little over $6,000 USD to obtain. (The rest of the players are U.S.-based college players.) Some players still haven’t made it to Dallas, where the team is training on MLS side FC Dallas’ grounds before heading to Kansas City, Kan., for the tournament opener.

Waldrum knows he just needs to make it to Monday, when CONCACAF funding for the tournament kicks in. Then the team will finally have financial coverage from the federation for flights, hotels and meals. 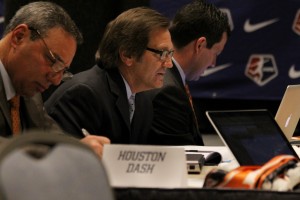 In Trinidad in September, the team was housed by the state-owned oil company Petrotrin, who also offered field space for training. Waldrum says he had anywhere from 6-14 players at training, which varied due to players’ work commitments. The field was flooded with ankle-deep water for the first week of September training. (“The ball couldn’t even roll.”) There was no trainer, no medical equipment, and sometimes there wasn’t even water. There are no stipends or per diems for players, so food and basic necessities are at a premium.

Trinidadian Jack Warner’s many financial controversies are widely acknowledged as a factor in the state of the TTFA, but it’s hard for Waldrum, players or anyone to pinpoint exactly how much of a role those played in the association’s current state.

Wednesday’s public outcry from Waldrum could be what was needed. Money from the Ministry of Sport and Petrotrin will be wired to the team later today, the TTFA said, with more to follow funds to follow later in the week. A team trainer, equipment manager and captain Maylee Attin-Johnson are scheduled to depart for Dallas on Wednesday as well, with the entire 20-team squad in place by Monday, two days before the start of the tournament.

Jen Coooper of KeeperNotes.com set-up a Paypal account to help fund the team, and in eight hours it raised over $9,300, she tweeted.

Still, improvements – and hope that more may be on the horizon – are often hard to see.

“For us players back home, we can’t put (the federation) on blast because Trinidadian culture is different,” Cordner said.

“Coach meant well (with his tweets) but people won’t see that. People need to.”

Waldrum remains steadfast – “crazy as I may be” – in thinking that Trinidad & Tobago can still qualify for the World Cup, despite the setbacks. The U.S. game is likely a wash for T&T, but Haiti and Guatemala are winnable games.

Trinidad & Tobago’s struggles are unique, but not unheard of across a still very machismo region. Haiti, one of T&T’s group opponents, endures similar struggles on top of being a nation still in the shadow of a tragic 2010 earthquake that killed approximately 300,000 people.

Waldrum has been open in the past about his desire to one day coach the U.S. women, the most coveted job in the sport. The job re-opened twice in the past two years, but Waldrum says that in no way does he view this tournament as a proving ground for himself.

Waldrum works for Trinidad & Tobago pro bono and he says he sometimes wonders if the constant disorganization is worth it. But the players’ spirits always remind him why he’s coaching.

“I’ve been doing this for 10 years,” said Cordner, who has played in Sweden, Australia and most recently in Seattle both professionally and as an amateur. “I’ve been all over the world and I know what it is to have and to not have.

“We are doing this because we love the game and we want to qualify for the World Cup. If we were doing this for the money, we would have left a long time ago.”