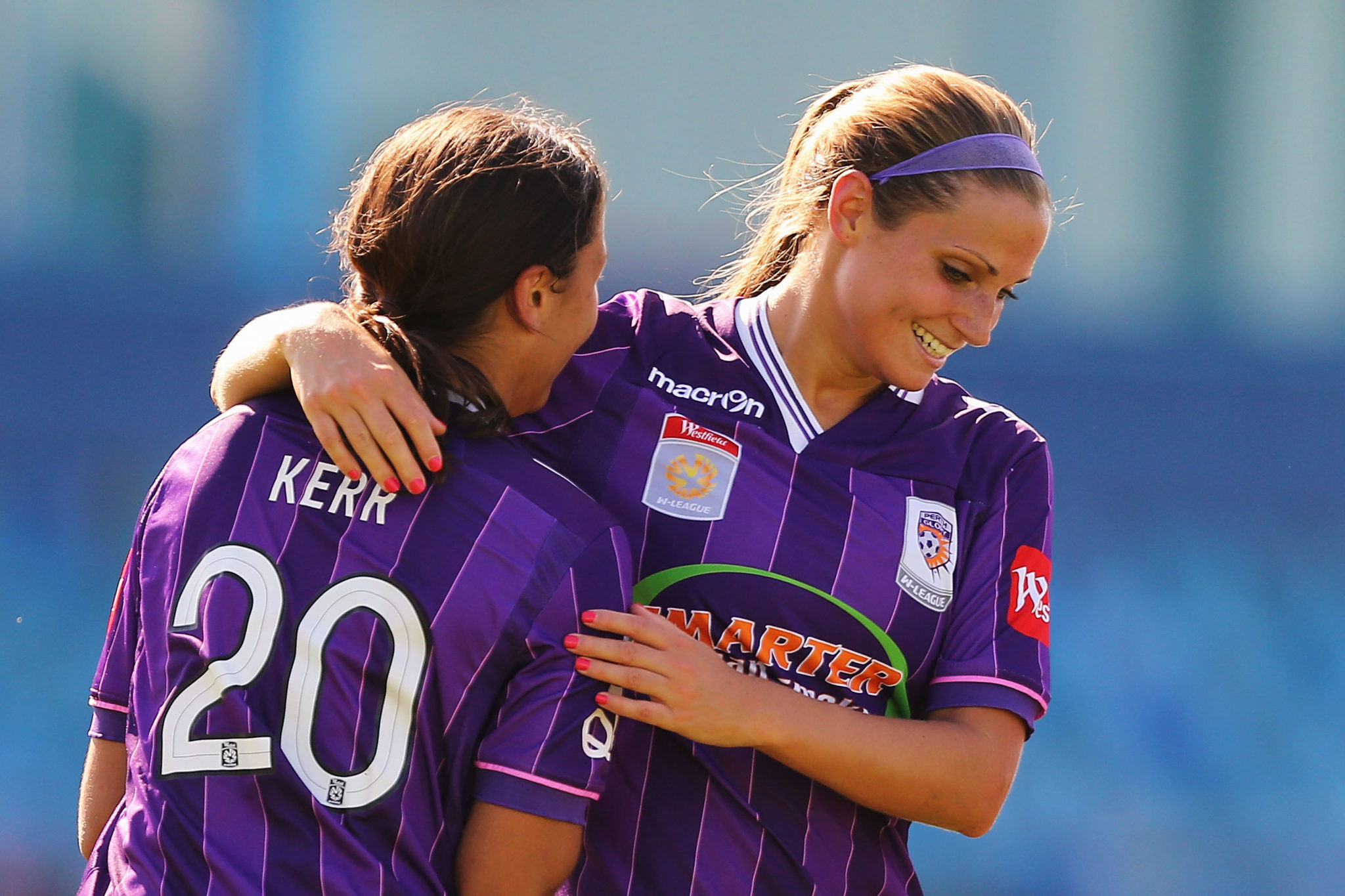 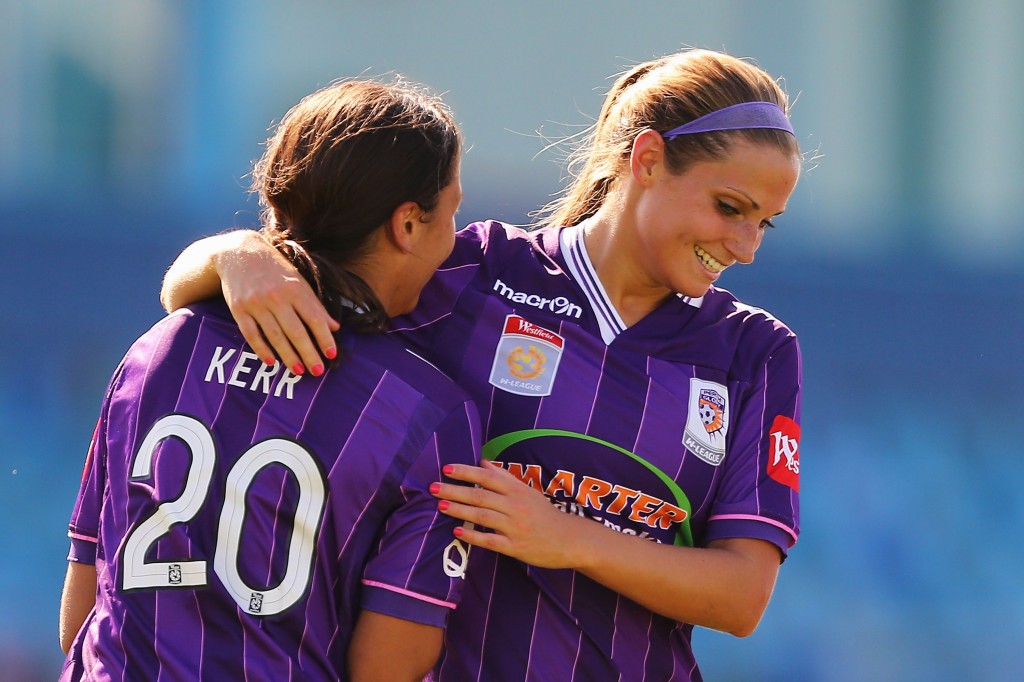 Caitlin Foord and Sam Kerr both score braces on Sunday for Perth Glory, who won their fourth consecutive game in the seventh season of Australia’s Westfield W-League.

Perth Glory blasted Western Sydney Wanderers 10-1 away to remain undefeated. Australian international forward Kate Gill scored five times, surpassing the league record of four, held by Tara Andrews of Newcastle Jets in the 2010-11 season. Gill has eight goals on the season to lead the Westfield W-League. Two Australians who played in NWSL last season — Kerr (Western New York) and Foord (Sky Blue FC) — each had a brace, with Kerr’s tallies both coming just before the first half ended. Canadian U-20 international Shelina Zadorsky played 90 minutes for the Glory, as did Kendall Johnson (Sky Blue FC) with Western Sydney. Perth leads the league with 12 points, two ahead of second-place FC Sydney.

Also on Sunday, the Newcastle Jets traveled to Adelaide and returned home with a 4-0 victory. Washington Spirit’s Tori Huster scored the first goal and Emily van Egmond (ex-Chicago Red Stars) scored the second before halftime. Australian international forward Rhali Dobson scored a brace in the second half for the Jets, who now have 6 points after four games. The Jets stand in 5th, one point behind Melbourne Victory, while Adelaide and Western Sydney lie at the bottom on 0 points.

On Saturday, Canberra defeated Brisbane Roar, 2-0 at home with goals from defender Grace Field and an own goal from Brisbane’s Elise Kellond-Knight, which also bounced off of Canberra forward and W-League all-time leading scorer Michelle Heyman before going into the goal. For the Roar, their surprisingly poor start to the season continues with their third loss in four games. If this trend continues, they could lose out on a playoff berth for the first time in seven years. American Chantel Jones recorded the shutout for United while Lori Lindsey and Stephanie Ochs played well. German international goalkeeper Nadine Angerer and FC Kansas City’s Australian international Katrina Gorry played all 90 minutes for the Roar. Canberra is now in 3rd with 9 points, while the Roar is 6th with only 3 points.

Sydney FC and Melbourne Victory tied 1-1 in Monday’s lone match. Jasmyne Spencer (Western New York Flash) scored her fourth goal of the season for the Harbor City club. Melbourne tied the match late with Christine Nairn assisting on Gema Simon’s goal. Sydney is second on 10 points while Melbourne is fourth with 7. Melbourne’s Lisa De Vanna was named player of the week for week 3, with her outstanding goal and assist in last week’s 4-2 win over Canberra.

In other news Down Under, there are efforts underway to develop a midsize venue that could possibly attract a men’s Hyundai A-League side to the capital city, hosted at the University of Canberra. A top league Rugby side — ACT Brumbies — already plays at UC. Funding would come from governmental, university and Canberra sporting authorities. Canberra has either large or small venues, but lacks a midsize or ’boutique venue’ that would work for an A-League side.

Canberra United is the only women’s team in the W-League without an A-League partner. Canberra certainly has done a brilliant job organizationally and on the field as an independent entity, winning the W-League in 2011/12 in an undefeated run through the league and playoffs. The prospect of a new A-League franchise for the city may allow Canberra United some more visibility with joint marketing and even doubleheaders. The A-League team would definitely raise the profile of soccer in the Capital District, which can only be a good thing for the growth of the women’s game.