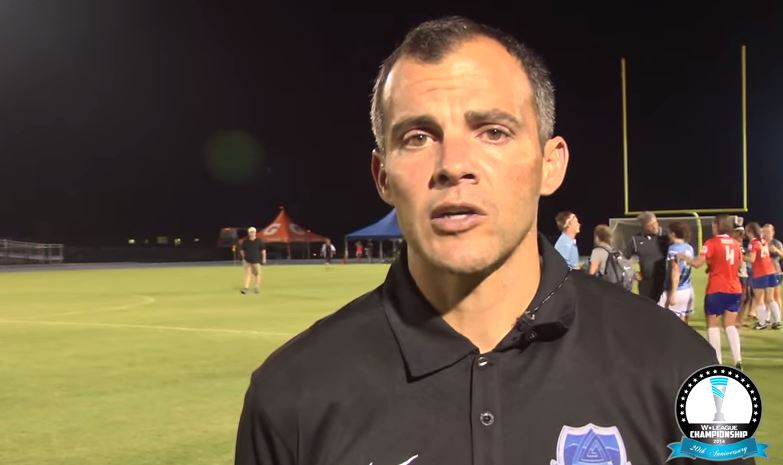 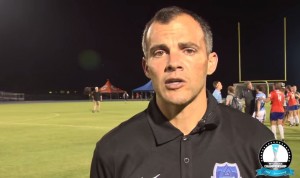 Charlie Naimo is the newest technical director for the WNY Flash. (Courtesy: USL)

Charlie Naimo is the new technical director of the Western New York Flash, where he will assist Flash coach Aaran Lines in player scouting and acquisitions.

Naimo is currently the head coach of USL W-League champion LA Blues. Naimo has led the club (formerly the Pali Blues) to four W-League titles since its inaugural season, in 2008. With Pali, Naimo has recruited and coached some of the United States’ best talent, including current national team members Alex Morgan, Christen Press, Lauren Holiday, Tobin Heath and Whitney Engen, among others.

Meanwhile, the Flash are in need of changes after a seventh-place finish (8-12-4, 28 pts.). It was the first time in franchise history — across four different leagues — that the Flash failed to make the league championship or even the playoffs. Lines said that changes will be coming to the Flash this offseason, and Naimo will now help make those decisions.

“I’m excited to have someone of Charlie’s experience come on board with our staff,” Lines said. “I think he has proven in the past that he is excellent in this role. Charlie is highly experienced in the women’s game and I think he’s going to be a great addition to our club. I’ve known Charlie for years, we’ve competed against one another, and I think very highly of him and his ability to help me put a roster together.”

Naimo should be able to help with the recruitment of young talent, too. Only one of the Flash’s five 2014 draft picks — goalkeeper Kelsey Wys — stayed on the roster throughout the season. Wys ultimately played a critical role after both Adrianna Franch and Lydia Williams suffered season-ending ACL injuries.

“I am excited to be back in professional soccer and very appreciative of the opportunity to work with Aaran and the Flash organization,” Naimo said. “We have been working tirelessly on establishing clear goals and developing a strategy to bring another trophy to Western New York.”

Naimo was the general manager of the Los Angeles Sol in 2009, a team that ran away with the WPS regular-season title before being upset by Sky Blue FC in the final. He will work primarily out of Los Angeles. He was also technical director for the Chicago Red Stars in 2010, the team’s last season in WPS.