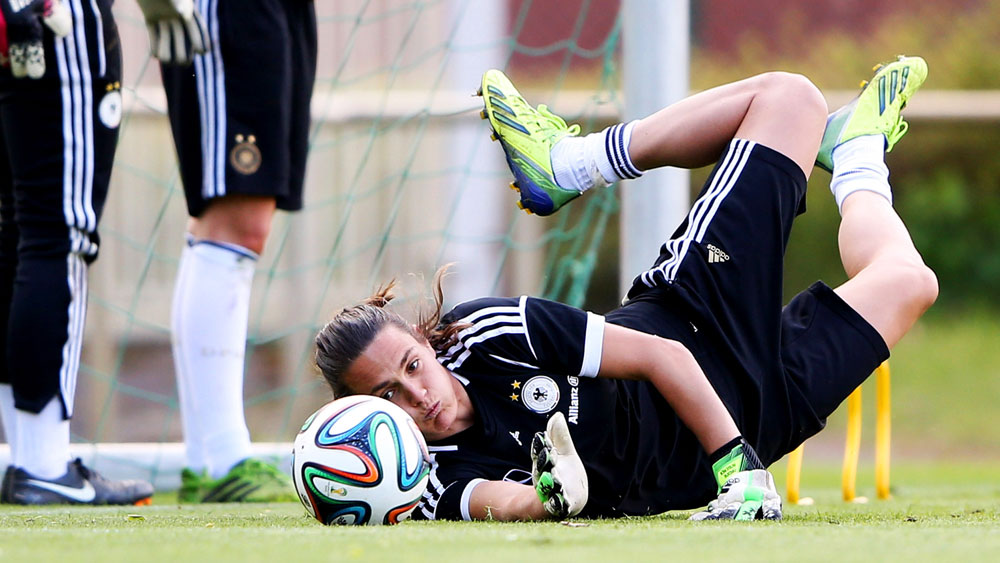 FIFA World Player of the Year Nadine Angerer, Germany’s goalkeeper, is among a group of 40-plus players suing FIFA and the Canadian Soccer Association over gender discrimination. (Getty Images)

FIFA Women’s World Player of the Year Nadine Angerer says she isn’t afraid of repercussions for her or Germany as she joins a group of over 40 players suing FIFA and the Canadian Soccer Association over the use of artificial turf at the 2015 World Cup.

“No, I don’t think so. It’s up to the players,” the German goalkeeper said Thursday. Our federation has nothing to do with this; it’s just our opinions and what we think and what we fight for. I just can speak for my federation and they know what my opinion is and they never said that they would stop it, not at all. It’s just my opinion and I know a lot of players around the world support it.”

Players’ lawyers filed the lawsuit in an Ontario tribunal court on Wednesday, citing gender discrimination. They requested it be expedited due to the approaching World Cup and have requested an expedited hearing of Nov. 26. The entire lawsuit, obtained by The Equalizer, can be read here.

Section One of the Ontario Human Rights Code establishes that “every person has a right to equal treatment with respect to services, goods and facilities, without discrimination” including gender.

Legal action was first threatened by the group in late July, as reported by The Equalizer, in hopes that FIFA and Canada Soccer would discuss changes.

FIFA repeatedly dismissed the accusations, and earlier this week FIFA deputy director of women’s competition Tatjana Haenni said “there’s no plan B” and that the World Cup will be played on artificial turf.

Haenni was in Canada with an independent examiner to make sure all six venues’ turf meets FIFA guidelines. FIFA recommended turf is approved for all competitions, provided that every surface be consistent and similar. Five of the six venues already had turf; grass was ripped out of Moncton Stadium to install turf.

“Our lawyers will be reviewing any and all applications or information related to this,” a Canada Soccer spokesperson said in a statement Thursday. “We will refrain from any comment until there has been a thorough review.”

Players’ attorneys estimate the implementation of temporary grass to cost somewhere between $2 million and $3 million. 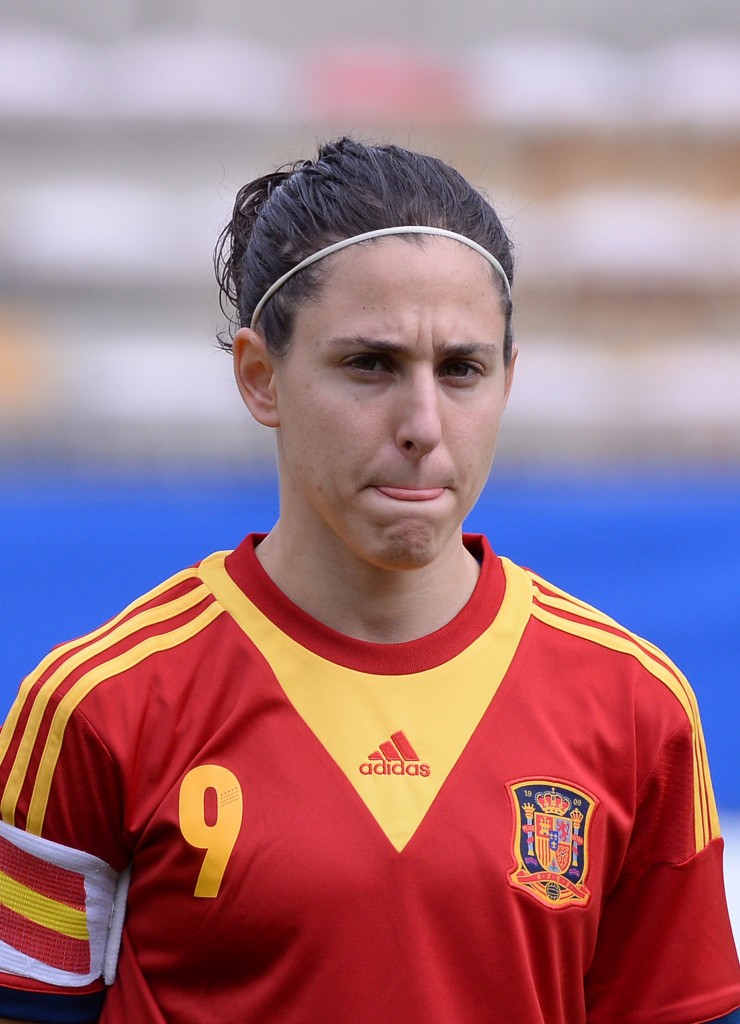 Spain captain Vero Boquete is among the group of players opposing artificial turf at the 2015 Women’s World Cup. (Getty Images)

Players say they will not boycott. Spain captain Veronica Boquete, who played with Portland Thorns FC this past summer, said on Thursday that players hope the lawsuit will bring a resolution. Boquete and Angerer cited changes to playing styles and increased injury due to turf as reasons for it being an inferior surface, in their opinions.

Portland’s home field uses artificial turf as do five other facilities in the nine-team National Women’s Soccer League. Angerer recently played on the turf at BC Place in Vancouver, where the World Cup final will be played on July 5, 2015.

Players of the No. 1-ranked United States team have been vocal on the issue as well, including 2012 FIFA Women’s World Player of the Year and record international goal scorer Abby Wambach.

“There’s so many different debates around this. But the reality is, the men would never play (the World Cup) on field turf,” Wambach told the Associated Press two weeks ago. “So for me, it’s a women’s rights issue, it’s an equality issue.”

Wambach was the first to publicly voice opposition, speaking with The Equalizer in March 2013 after FIFA raised the issue of turf at the World Cup on a player survey at the Algarve Cup. Lawyers say players were misled into believing that the survey, which had a response of 77 percent of players supporting grass fields, would impact surfaces at the 2015 World Cup.

There are no current Canadian international players among the group suing FIFA and Canada Soccer, but former international and Canadian Soccer Hall of Fame member Carrie Serwetnyk supports the cause. She says there is a natural risk for players speaking out against their bosses.

“As a citizen I expect more from my country,” Serwetnyk said. “We should be ambassadors for the world right now, and this is such an exquisite and important event in our country.”

Current Canadian players have been relatively silent on the issue. Captain Christine Sinclair said in early September that “if you ask any soccer player, they prefer to play on natural grass,” but added that the team is “not going to focus on what surface we’re playing on.”

Lawyers for the players maintain that they would like FIFA and Canada Soccer to come to the table, but they are “fully prepared to go forward aggressively and zealously in court,” said Hampton Dellinger of Boies, Schiller & Flexner LLP.

“The idea that CSA and FIFA would turn away and turn their back on the key component of their tournament, that is the players, is really astounding,” he said.