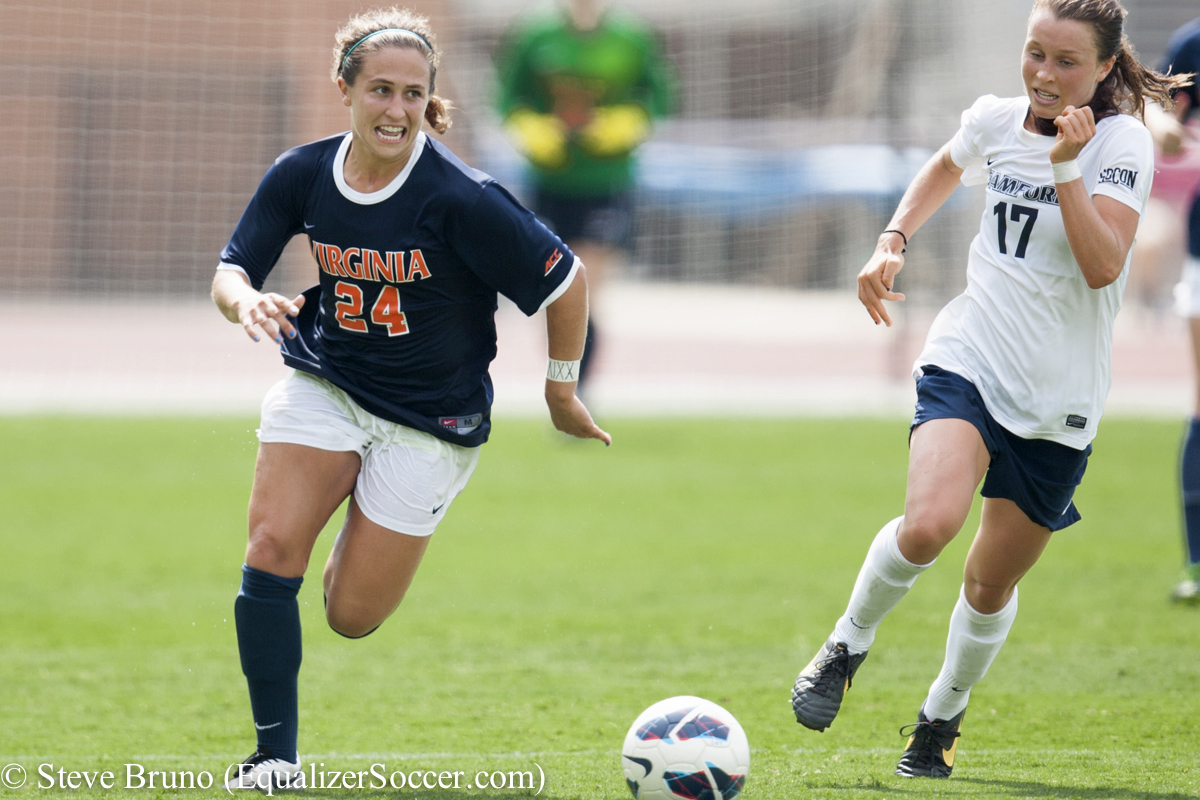 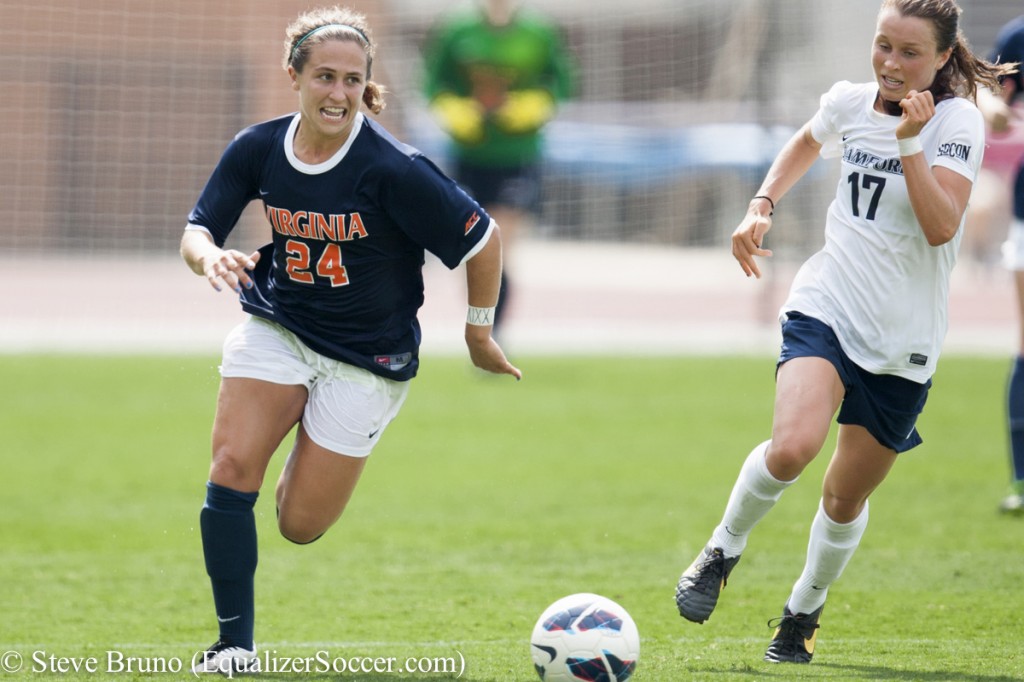 Danielle Colaprico is proving to be versatile for Virginia, something that should help her at the next level. (Photo Copyright Steve Bruno for The Equalizer)

Last season the University of Virginia Cavaliers were an absolute offensive juggernaut. The team led the nation in goals per game with 3.0 and its top four scorers combined for a total of 53 goals and 36 assists. Fortunately for Virginia and unfortunately for opposing defenses, all four returned this season.

Much of the attention for the Virginia’s offensive proliferation goes to reigning MAC Hermann Trophy winner Morgan Brian and last year’s leading scorer Makenzy Doniak. However, women’s soccer fans and especially fans of the NWSL would do well to pay attention to senior midfielder Danielle Colaprico. Colaprico is poised to become the second Cavalier taken in the first round of next year’s NWSL draft.

Before next January, Colaprico and the Cavaliers have some unfinished business to attend to. Last year, the team had a year for the record books. Virginia ended the season with 24 victories, and returned to the College Cup for the first time since 1991. Despite the impressive record, the team failed to secure a championship. Virginia’s only losses on the year were the ACC Tournament semifinal and an overtime loss in the College Cup semifinal, where the Cavs fell to eventual champion UCLA in penalty kicks.

“I think last year was little bit of a disappointment,” Colaprico admitted. “I think it was a little bit of motivation for us to come out and try again harder and realize that a national champion is a reachable goal. I think we’re improving every game. It takes time and I think we’re just getting adjusted to each other as a team so we talked about it a little bit before the season, but that’s last year and we’re onto another season.”

While the team is adjusting as a whole, Colaprico is doing some adjusting of her own. Last season, Colaprico patrolled the left flank but this year coach Steve Swanson has played Colaprico in the center of the pitch when Brian has been unavailable with U.S. national team duty.

“Steve has really moved me around a lot with Morgan being gone,” Colaprico said. “I think it’s about taking on whatever role Steve gives me and putting in 100 percent effort every time. I’m going to try my best at every spot he puts me.”

No matter where Colaprico is on the field, she impacts the game. Recently, Swanson called her one of the most versatile college players in the country. In fact, so far this season, Colaprico has started in three different places in the midfield.

On the flanks, she provides excellent service on crosses. While in the center of the park, it’s her distribution that draws notice. Her set pieces usually result in dangerous opportunities for the Cavaliers.

Colaprico described her style of play as “getting a lot of touches on the ball, moving the ball and making my teammates around me look better…I try to help people out on the field by communicating.”

She racked up 13 assists and 5 goals last season as well as numerous honors. Colaprico was named second team All-ACC and was a third team All-American.

This past summer, Colaprico was called up to the U-23 U.S. training camp in Seattle, which she called a “great honor.” As part of the camp, the players watched a NWSL game.

“It’s definitely different,” Colaprico said of the professional league. “The speed of play is a lot faster. It’s a little bit of an adjustment from the college game. The players are all great there.”

Not doubt the adjusting the senior midfielder has had to make at Virginia will serve her well as she acclimates to the professional game next year. An offensive weapon of her caliber and versatility will surely be welcomed in a World Cup year when a lot of the league’s top attacking talent will be otherwise occupied for a large portion of the year.

For now, Colaprico will focus on her last season with the Cavaliers, where she aims to add at least one more line to an already impressive resume — national champion.