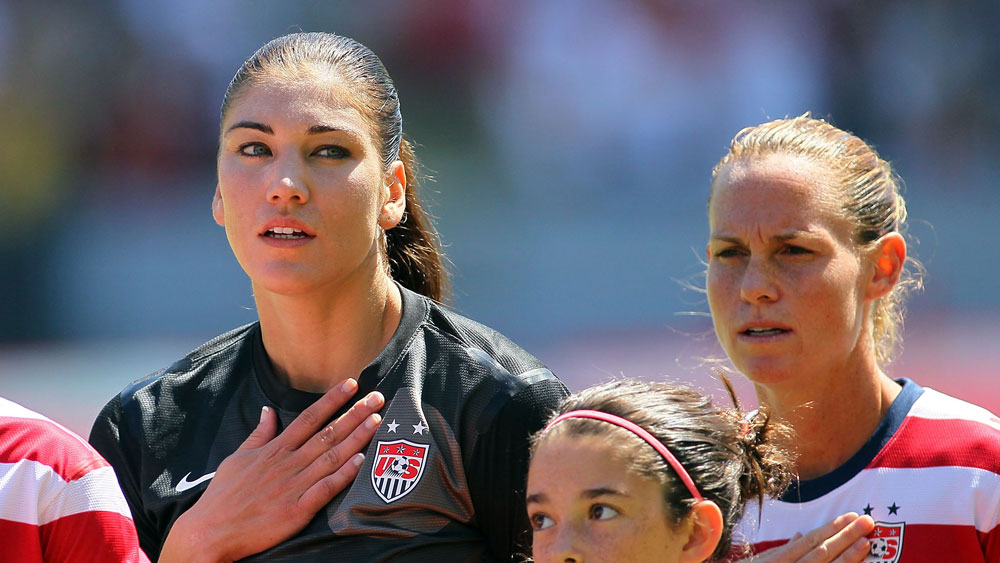 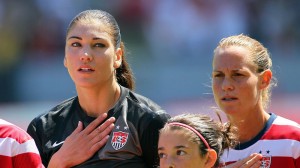 “My job is to keep the pulse of the team going,” Rampone said Thursday on Huffington Post Live. “Right now the team is supporting her, as teammates. We all go through tough times, but at the end of the day, if something is changed on her court date in November, there’ll be, obviously, disciplinary actions that will be taken.”

U.S. Soccer president Sunil Gulati and her club team, Seattle Reign FC, have had the same stance as Rampone since Solo was arrested on June 21 for an alleged altercation with her half-sister and 17-year-old nephew. Amid renewed media criticism over the last week, Gulati restated on Monday that U.S. Soccer will allow the legal process to play out before taking any potential action on Solo, meaning the goalkeeper will play in World Cup qualifying in October.

Solo on Tuesday reasserted her innocence and said she expects to be “fully exonerated” of the charges. She pleaded not guilty to the charges in June. Her court date is Nov. 4.

“While I understand that the public desires more information regarding the allegations against me, I continue to maintain my innocence against these charges,” Solo said in a statement. “And, once all the facts come to light and the legal process is concluded, I am confident that I will be fully exonerated.”

Rampone says U.S. teammates are standing behind Solo as they prepare for World Cup qualifying, which begins on Oct. 15 in Kansas City, Kan., and continues across three other cities in October. The top three finishers will automatically qualify for next year’s World Cup.

“Right now, she’s still innocent. And her court case is coming up in November and after that, when she can finally start speaking, then that situation we’ll have to discuss at that point,” Rampone said on HuffPost Live.

“They’re all different cases within themselves. Hope is dealing with, obviously the media and the inflection that she has on that. But we’re standing by her and supporting her. We don’t know any other way to do it.”