Picking the team: Who will be Ellis’ 20 for WCQ? 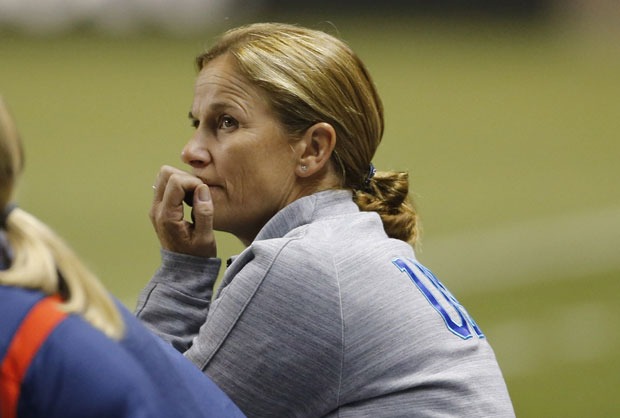 ROCHESTER, N.Y. — The friendlies and training camps are over, and now U.S. coach Jill Ellis has to pick a team to lead into World Cup qualifying in October.

Eight players will be cut from the current camp to bring the roster down to 20 for the United States, which for the sixth year running remained at No. 1 in the world in the latest FIFA rankings released on Friday.

The group of 28 players, who will be the core that Ellis takes through the nine-month journey to Canada next year, had their last opportunity to impress in two lopsided matches (an 8-0 thumping followed by a 4-0 victory) against Mexico over the past week. Struggles of 2010 aside, qualifying will be a formality for the U.S. with 3.5 CONCACAF berths available and Canada not in the tournament. What Ellis and her staff will be looking to do is get into a rhythm; the team won’t reconvene again until December for a trip to Brazil.

Ellis can only take 20 players to qualifying, but World Cup rosters have expanded to 23 players, up from 21. That means those cut before Oct. 1, when the roster is due to CONCACAF, will be told to keep their heads high and know that their time very well could still come next summer.

[MORE: After win over Mexico, all eyes on qualifying  |  Young Mexico looking for answers]

From speaking with Ellis, players, and staff, below is how I see the World Cup qualifying roster shaking out. Below are NOT my choices, per say, but rather the direction I see Ellis going, based on what I know.

There are a few players who I see earning an advantage for being versatile – Crystal Dunn over Stephanie Cox for Dunn’s ability to play at right or left back, and Julie Johnston for being able to slide into center back in a pinch or into a holding midfield role to protect a late lead (the leads will be large at qualifying). Versatility is important on a small roster size in a tournament that features a game every two days and significant travel.

As I wrote about after Thursday’s game, Amy Rodriguez very likely won’t make the World Cup qualifying roster – which is contradictory to current top form – but if she keeps playing the way she has in 2013, she’ll be in Canada as one of the 23. She played 45 minutes on Thursday, scoring the opening U.S. goal.

Here are my best guesses for what October’s World Cup qualifying roster will look like:

Back in the fold for 23-player World Cup roster: Barnhart, Rodriguez, Boxx