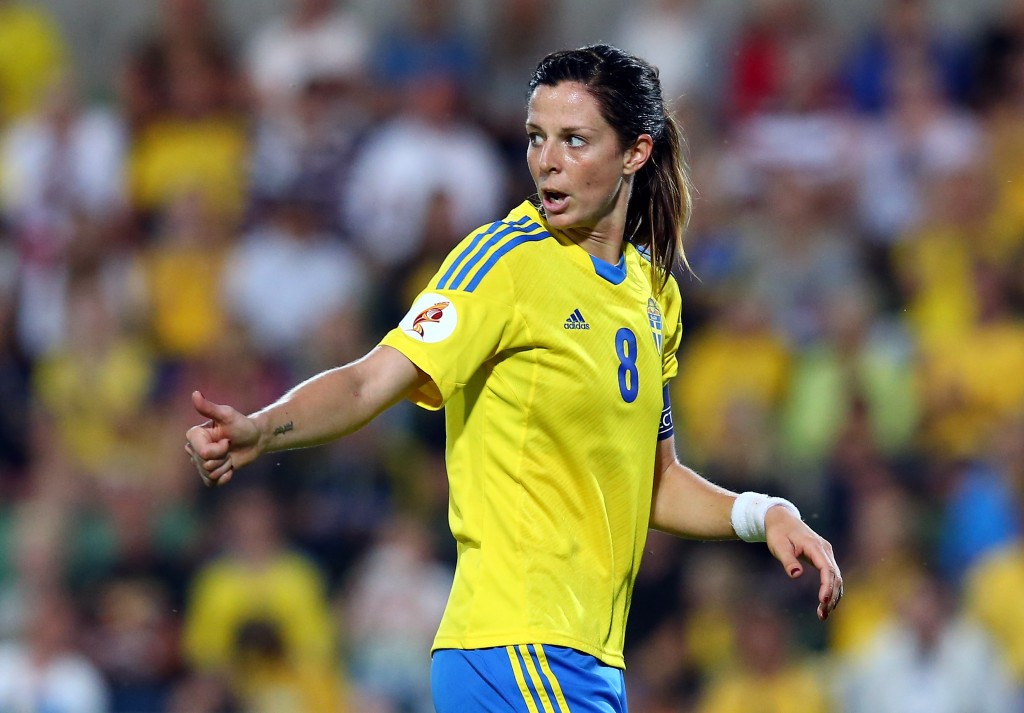 Lotta Schelin and Sweden are headed to the 2015 Women’s World Cup. (Getty Images)

Sweden qualified for the 2015 Women’s World Cup on Wednesday with a 2-0 victory over Scotland. Italy, Netherlands and Ukraine will join Scotland in a four-team playoff to determine the eighth and final team from Europe to qualify for next year’s World Cup.

Therese Sjögran opened the scoring for Sweden in the 7th minute and Lotta Schelin finished the job in the 76th minute. Schelin’s goal was her 72nd all-time for Sweden, tying Hanna Ljungberg for the most ever for the country.

Scotland were guaranteed at least a playoff place, but needed a win by at least two goals to overcome Sweden for top spot in Group 4 and automatic qualification.

The draw for the UEFA playoff takes place on Tuesday, with matches to follow in October and November:

The Lowdown: XI ideas for a better NWSL
USWNT still making tweaks ahead of Mexico rematch