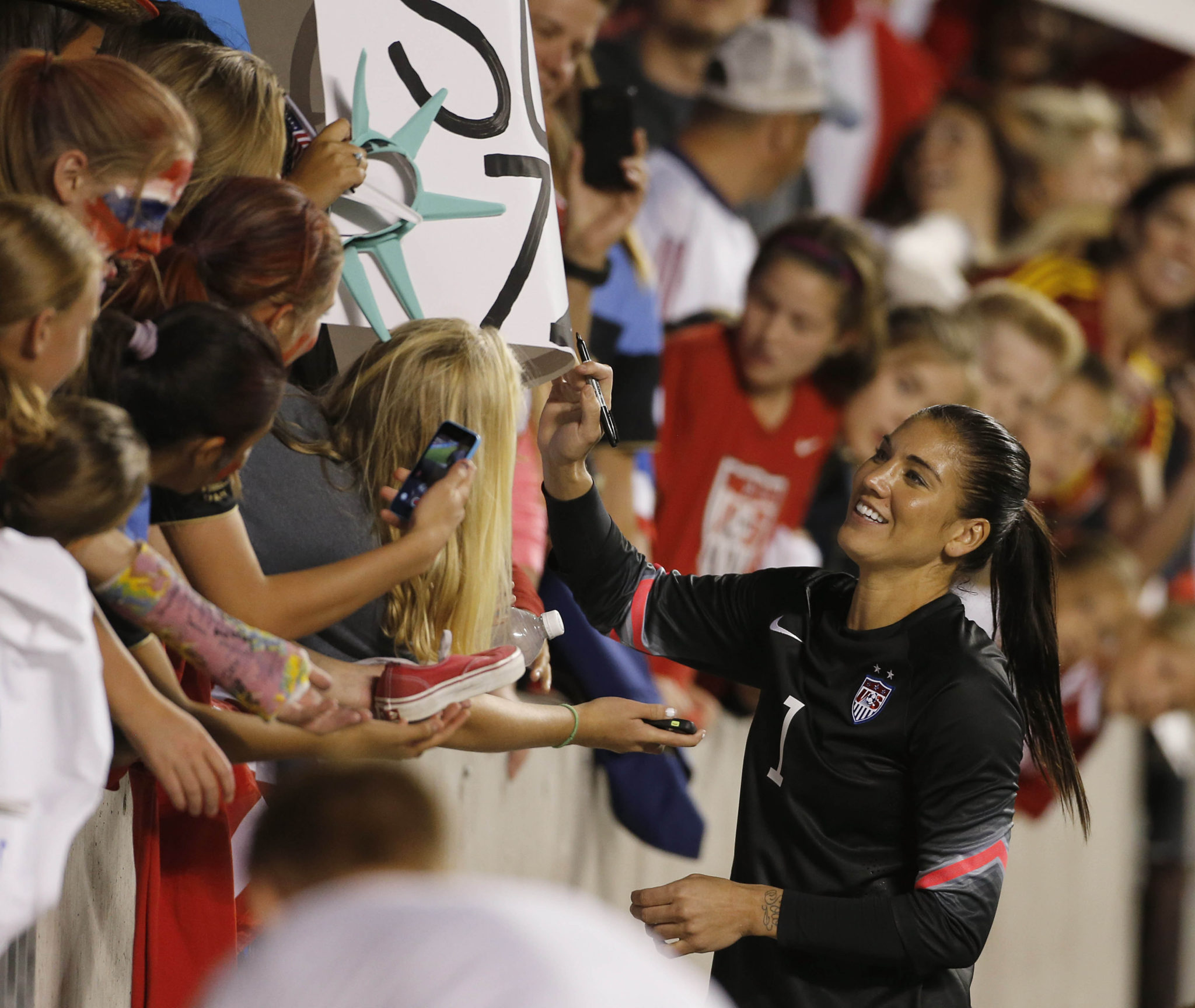 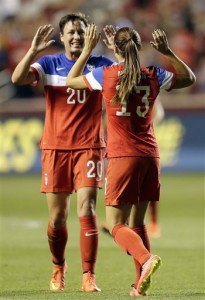 The United States blitzed Mexico, 8-0 in Sandy, Utah on Saturday to affirm regional dominance ahead of next month’s World Cup qualifying tournament where Mexico stands as their stiffest competition.  A large majority of the match was played in the Mexican end of the field, but it was U.S. goalkeeper Hope Solo who made history with her 72nd international shutout to take sole possession of the U.S. record she had shared with Briana Scurry.

Abby Wambach and Alex Morgan both scored twice for the U.S., who will play Mexico again Thursday night in Rochester, N.Y.

“I thought we had a lot of opportunities and I thought we put away a lot. Obviously there were a couple that were close, a couple unlucky shots, but overall I think everyone was really happy with the result tonight,” Morgan said. “And just the fact that we didn’t really drop our level too much, obviously there was waves her and there, but I thought overall we set the tempo.”

Wambach and Morgan were everywhere in the opening 45.  It was Wambach who Alicia Garciamendez was shielding when the Mexican defender’s attempt to clear it out of danger accidentally chipped her own keeper, Cecilia Santiago, for an own goal to make it 1-0.  The U.S. needed no help with the rest of their goals.  First Morgan took advantage of space to dribble in on the left side where she calmly found Wambach in prime scoring position where she was never going to miss from.

Morgan got on the board herself when she outfought Bianca Sierra after initially being beat to a ball over the top.  Santiago made a poor effort coming off her line and Morgan was able to take a touch over the keeper for 3-0.  Still not finished, Morgan used the right side near the end of the half and sent in a cross/shot that Santiago was able to reach out and deflect but no one picked up Wambach on the far post and her second of the night was an easy tap in.

The second half brought more of the same.  The teams were barely settled in when Christen Press was able to find Morgan central in the penalty area where she finished her 2nd of the night to make it 5-0.  The next one was a Whitney Engen header for just her 2nd international goal—168 behind Wambach who finished the night on 170.  A Lauren Holiday corner kick found Sydney Leroux for an easy finish to make it 7-0.  And Heather O’Reilly finished off the scoring with her 41st international goal.

Wambach and Morgan both flirted with hat tricks.  Wambach had an open header that hit the post and Morgan was in the mix on multiple late chances.  Both settled for two goal nights as the spotlight fell on Solo.

The easy win left Solo with little work to do in her record shutout.  Mexico won a corner kick that was deflected high in the box before Solo made an easy catch on it.  That was about as difficult as it got on a night the U.S. thoroughly dominated.

The teams will do it again Thursday at Sahlen’s Stadium in Wambach’s hometown, Rochester, N.Y.  The World Cup qualifying tournament begins Oct. 15 for the United States against Trinidad & Tobago.  Mexico opens against Costa Rica a day later.  Both of those matches will be at Sporting Park in Kansas City.