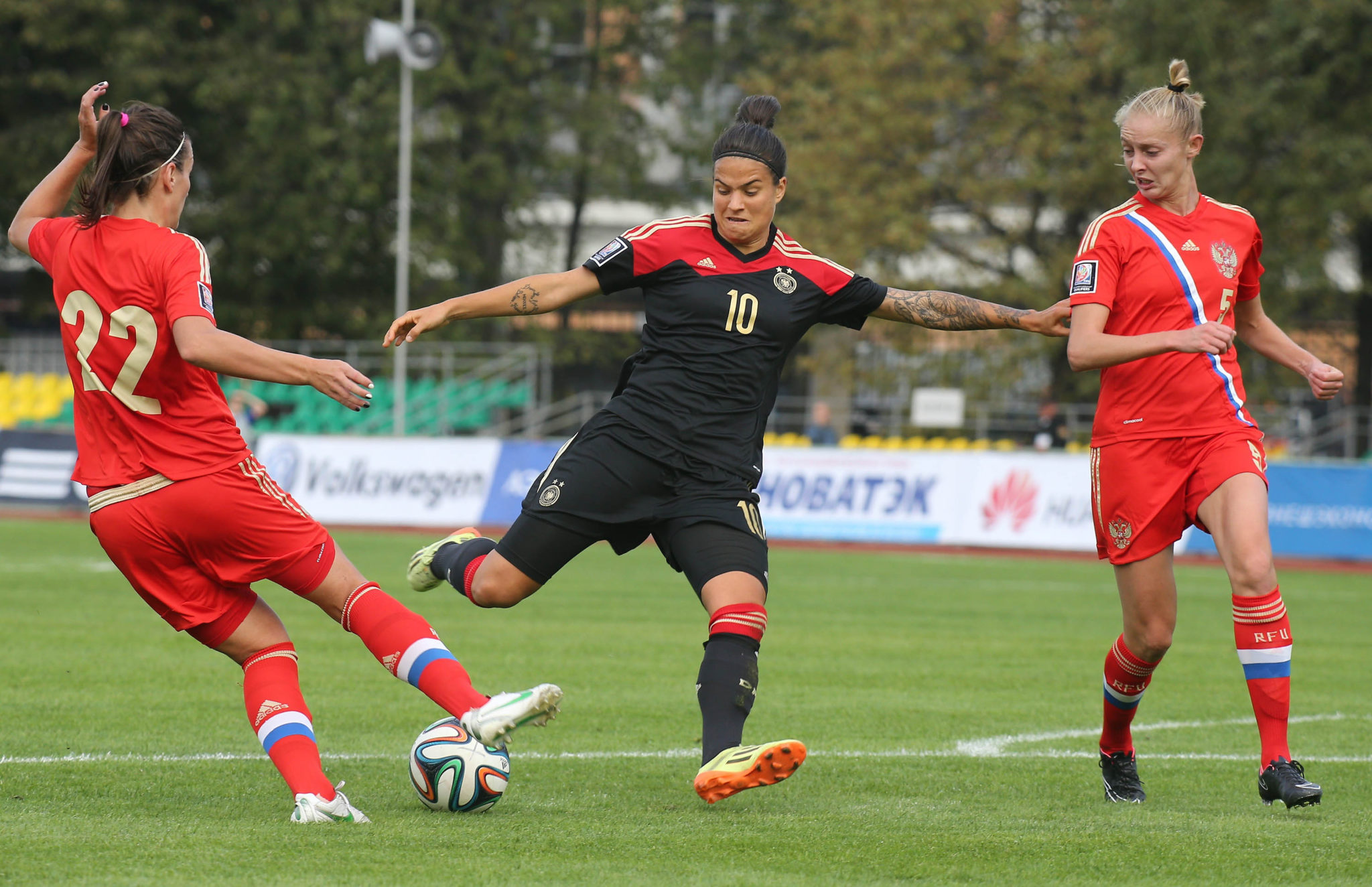 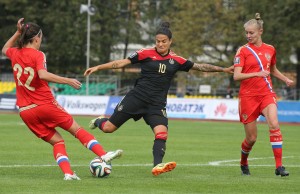 Dzsenifer Marozsan (center) and Germany are headed to the World Cup. (Getty Images)

Spain has qualified for its first-ever Women’s World Cup on a day that also saw past champions Germany and Norway qualify from Europe. World Cup vets France also joined the group of qualifiers on Saturday.

Natalia scored a goal in each half on Saturday to beat Romania, 2-0 and clinch first in UEFA’s Group 2 for Spain, booking a ticket to Canada next year.

Germany qualified on Saturday with a 4-1 win over Russia, while Norway clinched Group 5 and a spot in the World Cup with an 11-0 thumping of Albania.

France won 2-0 away to Finland to qualify on goals from Louisa Necib and Gaetane Thiney.

England and Switzerland had already qualified for the World Cup.  Still to be decided in UEFA is Group 4 where Scotland hold out hope of an upset at Sweden on Wednesday that could  steal the group and a bid to Canada.

Also already qualified are China, Korea Republic, Australia, Japan and Thailand from Asia, as well as host Canada. The 2015 Women’s World Cup will be the first to feature 24 teams.