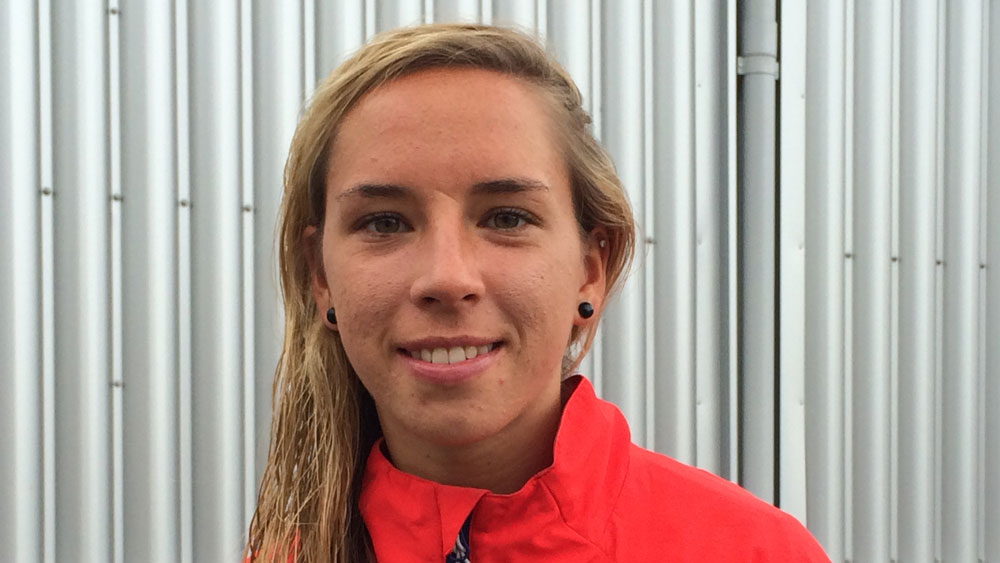 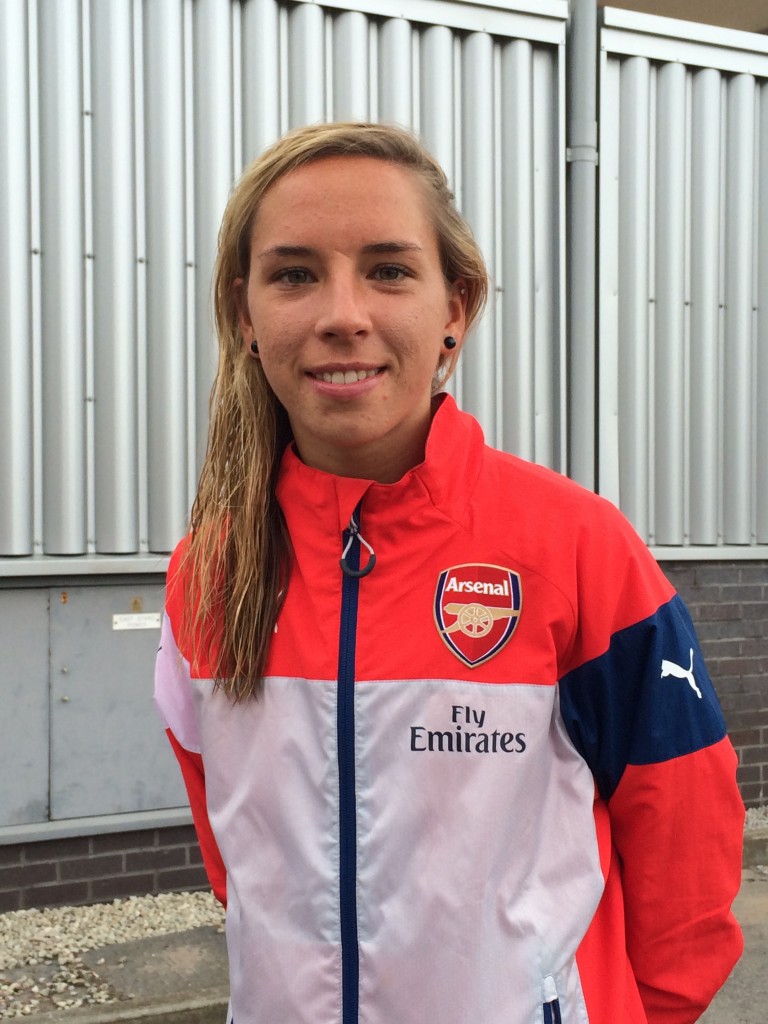 LONDON, England – If the Three Lions are poised to make some noise at next year’s FIFA Women’s World Cup in Canada, one of the promising players England coach Mark Sampson will be counting on to help produce results is Jordan Nobbs.

The 21-year-old Arsenal Ladies central midfielder has tremendous talent and vision that makes her a standout player. She has already shown on many occasions that she is a dynamic football player that can make her opponents look silly on any match day.

Nobbs had an up and down year, missing three-and-a-half months with a fractured bone in her vertebrae which she picked up with England during a Cyprus Cup match against Canada in March. She missed the first half of the FAWSL season with Arsenal and the Gunners run that won them their 13th FA Women’s Cup. Not being able to play football was tough; it was her first major career injury. Nobbs believes her eventual return has been made stronger in the long run.

“I was out for three-and-a-half months, so that was not the best time,” she said. “That was my first major injury and I think that only makes you stronger. I’ve come back and played some international games and been pleased with my performances.”

On July 6, Jordan Nobbs returned to the pitch with Arsenal as a second-half substitute during a Continental Cup match against Chelsea. Over the next month with Arsenal and England, Nobbs gradually built up her overall match fitness. She played 90 minutes when England qualified for the World Cup with a 4-0 win over Wales on August 21 and three days later she followed that with her first FAWSL goal of the season.

Nobbs opened the scoring away to Manchester City in the 5th minute with a spectacular chip from about 35 yards out. A shocked Karen Bardsley was caught off her line and that set the tone for an eventual 4-0 Arsenal win. That goal earned Nobbs nomination for August goal of the month and postmatch praise from teammate Kelly Smith.

“Yeah she’s fit, she’s ready and she’s energized,” Smith said. “You can see her will and determination to win today. She covered every blade of grass and that’s what we’ve missed during the early part of the season, her energy and leadership. We welcome her back with open arms.

“Jordan’s definitely a go-to player, you want her on your team. You want her buzzing around the pitch and she certainly gave us that energy today.”

Now that she is back healthy and contributing, Nobbs is hoping to improve her play with Arsenal and England so that she can earn herself a seat on the England plane that heads to Canada next year. The 2014 FAWSL season has been hotly contested with surprises at both the top and bottom of the table. Chelsea and Birmingham City look to be battling it out for the championship while Everton are hoping to escape the drop zone by catching Notts County. Arsenal sit 4th with 14 points from 11 matches. Nobbs believes that the quality of the players and close competitiveness from the FAWSL teams are helping players improve and step up when they do get called up to the England national team.

“I think it just shows with what’s happened with the points this year and in the league, it just shows how many teams are now stepping it up and getting in more players and improving the league,” Nobbs said. “I think that’s only making us stronger as players. The past few performances with England have showed that with the players, and obviously Mark’s strategies on the game have been brilliant. I think that’s exactly what we need.”

Sampson and his coaching staff have completely turned England around since they crashed out at the 2013 UEFA European Championships in Sweden. The purported dictatorship and control under Hope Powell that saw players like Lianne Sanderson leave the program is no more. Players are happy and enjoying playing football again. The positivity that Sampson provides is something Nobbs instantly sees when he walks into a room. England are confident in the game plan provided and most of all they’ve gone out, secured results, and qualified for the World Cup.

“As soon as Mark comes in you know he’s very positive,” Nobbs said. “I think he knows exactly what he wants and where he wants us to get to. I think all the players truly believe in his strategies and what he wants to do. If you believe in your managers and their strategies then you’ll put the work rate in.

“There’s a lot more competition in the team this year and I think that’s definitely pushing everyone as players. You can’t slack no matter who you’re playing against. I think there’s a great vibe within the girls at the moment and I think it is showing on the pitch. Hopefully there’s a lot more to come of that and we can keep on improving and actually start challenging for the World Cup in Canada.”

The Stockton-on-Tees native has never been to Canada before. She insists on doing her talking on the pitch and if Sampson selects Nobbs, the agile and speedy playmaker will be ready to give her all for England.

“No, I’ve never been so I think it will be a great experience,” she said. “Hopefully I’m going to be working hard and up for selection. I’ll just keep putting in the performances and I’m sure whoever goes out there will all be ready.”

The debate concerning artificial turf surfaces at the World Cup has made the jump across the pond. England players are well aware of the noise that has surrounded the use of artificial turf pitches at all six venues. Nobbs is happy to just go out and play the game she loves. As a player on the younger side of life, she isn’t quite bothered by the turf tug-of-war.

“I think football is football, I just want to play to be honest,” Nobbs said. “I’m young so I’m alright for now (laughs). Maybe I’ll realize it after we’ve played a few games on it. Right now I’m okay, but I think there’s nothing we can do about it really.”

If England are to succeed and advance out of the group stage, Nobbs is a vital key in making that happen. She creates for her teammates around her and her ability to read the play with a quick counterattack is something that will catch England opponents off guard. A fit and healthy Nobbs is something Sampson won’t have to lose sleep over.

Notes: Arsenal Ladies and Manchester City Ladies have both advanced to the Continental Cup Finals with victories over Notts County and Chelsea Ladies, respectively, on Sunday. They will contest for the Continental Cup next month at a venue and date to be named later.