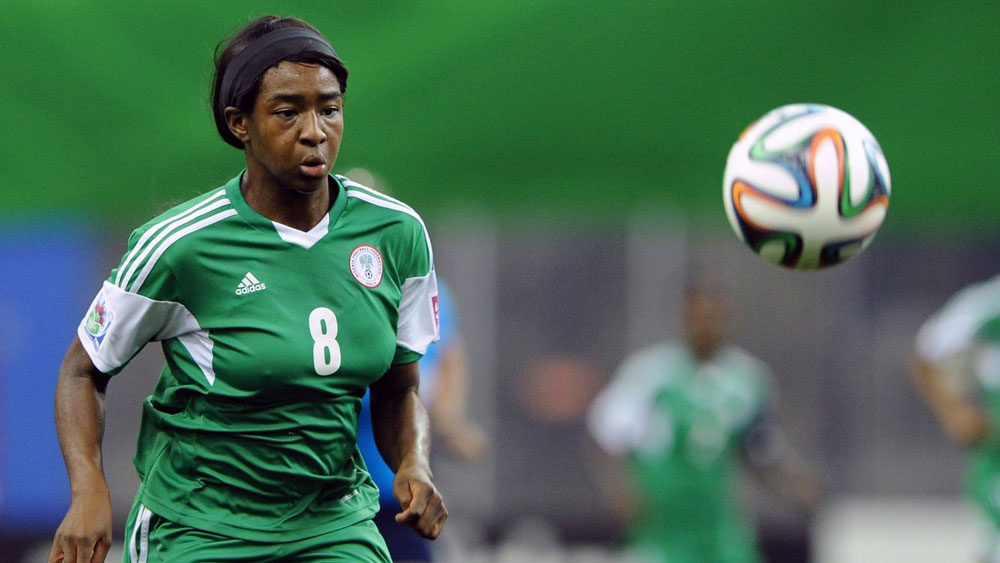 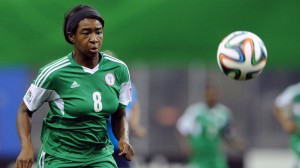 Courtney Dike was a revelation for Nigeria’s U-20 Women’s World Cup team that performed so well in Canada last month, leaving with a silver medal after a 1-0 defeat in extra time to Germany. Dike had two goals in the six matches, including the fastest goal in U-20 WWC tournament history (18 seconds) in the 2-1 group stage win over Korea Republic that helped Nigeria advance to the knockout stage as Group C winners.

Dike returned to Oklahoma State for her second season, having finished second in the Big 12 in scoring in 2013 with 13 goals. Oklahoma State is striving to make the NCAA playoffs for the first time since 2011, the final season of six consecutive years of playoff invitations, including Elite Eight appearances in 2010 and 2011.

OSU, with five starters missing on the two-game road trip to Arizona and having missed Dike for their first two games due to the U-20 Finals, has dug itself a hole to start the season, losing its first six games. The Cowgirls’ losses included a 2-0 setback to host Arizona State on Friday and a 3-1 defeat to Arizona on Sunday at the ASU Soccer Classic in Tempe, as well as defeats to No. 2 ranked Florida State and No. 5 ranked Florida.

“Unfortunately we are in a bad situation at OSU with five starters out [four with injuries and one due to a death in her family],” Dike told The Equalizer after the loss to Arizona State. “We’re trying to stay positive until those girls come back and grind out results.

“That was great, it was awesome,” she said of the World Cup. “It was an experience of a lifetime. Playing at that level teaches me so much and gave me so much experience and confidence coming back here. I learned to be quicker on the ball and better in my movement.”

She explained that she played her World Cup in part for her brother, Bright Dike. Bright attended Notre Dame and has played with the Portland Timbers and Toronto FC.

“My older brother, Bright, tore his Achilles in February and was not able to go to the World Cup with Nigeria and me getting to go was like I was playing for both of us,” she said. “He came to watch me in the final [in Montreal] and left a little note in the locker room saying, ‘Good luck; play your best.’”

Nigeria’s head coach Steven Keshi confirmed before the Brazil finals that had Bright not been injured, he would have been on the squad in Brazil: “He would have been here, yes. It’s a shame. But that’s football.”

Dike was born in the U.S. and, with her brother in Nigeria’s national team pool, the national team coaches were aware of her. “They heard about me and saw some video and invited me to their camp in July in Canada ahead of the World Cup,” she said.

With her speed and scoring ability, expect her to be back in Canada next summer for the Women’s World Cup with Nigeria. Though Dike would be part of the 2017 NWSL draft class, it is already clear that she has a professional career ahead of her, either in North America or abroad.