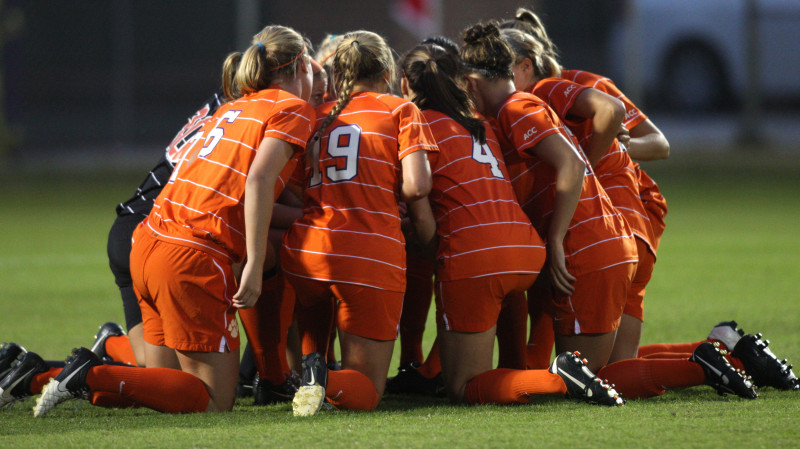 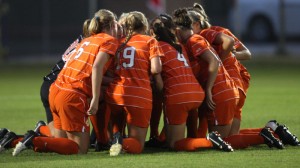 Haley Ellen Hunt alleges that as a freshman on the team in 2011, she was forced into hazing acts that caused her to run into a brick wall, causing brain damage.

She also alleges that “verbal hazing” from her coach, Eddie Radwanski, began the spring before her freshman year of college, when Radwanski took over the head coaching job. Hunt alleges that Radwanski tried to threaten her into not attending the university, saying that he would not play her in games and that he would “make her time at Clemson miserable.”

The suit, brought forth by Robert Sumner of Moore & Van Allen PLLC on August 15, 2014, alleges that on the evening of August 18, 2011, Hunt and several other freshman were abducted, blindfolded and forced into the rear of automobiles. They eventually made their way to the team’s playing field, Riggs Field. There, the freshmen were allegedly subjected to a hazing act that was predetermined by players following a meeting with Radwanski and assistant coaches Siri Mullinix and Jeff Robbins. Mullinix is a former U.S. women’s national team player, having an Olympic silver medal in 2000 and a World Cup bronze medal in 2003.

Still blindfolded, the freshmen were allegedly told to sprint as fast as they can. Hunt was instructed by the defendant players to keep running, at which point she eventually hit into a brick wall face first, falling backwards and smashing her head on a nearby table.

Clemson University in a statement said the university disagrees with the accuracy of the details in the lawsuit:

“Clemson University strongly disagrees with the characterization of events in this lawsuit, and looks forward to vigorously defending this case on its facts, rather than these allegations. The university will not comment further on this pending litigation.”

According to the lawsuit, which can be read in full here, Clemson coaches gave the player defendants “express permission to conduct the hazing ritual.” The 36-page summons also states: “The freshman hazing ritual was established in the early 1990’s and has been passed down for many years.”

Hunt suffered “serious injuries to her brain, head, face and hands,” including a “bloody face.” According to the lawsuit, Mullinix arrived on the scene and “instructed [the players] not to tell anyone what happened.”

Hunt alleges that pains and difficulties with concentration and reading continued in the months that followed. The lawsuit also claims that Clemson coaches minimized Hunt’s complaints about her injuries, and that school’s investigation was “improper.” Included individually in the lawsuit is assistant to the president and chief of staff Marvin Carmichael, as well as Terry Don Phillips, who was Clemson’s athletic director at the time.

Last month, the University of New Mexico came under scrutiny for a women’s soccer hazing incident. The hazing was quickly acknowledged by the school’s athletic director, and the coach, Kit Vela, was suspended a week without pay. Players were also suspended one game each.