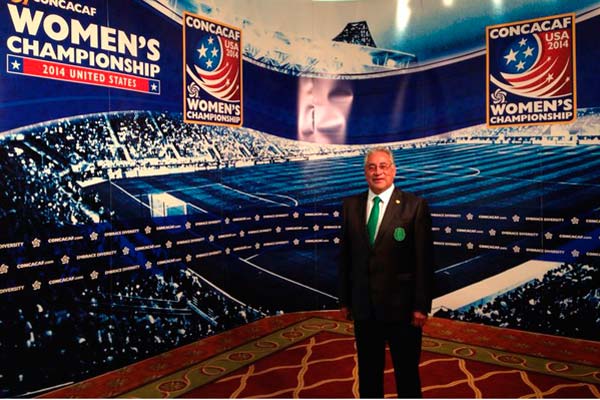 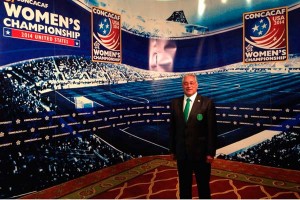 Mexico will serve as the United States women’s national team’s opponent twice in a week this September, and the two teams could meet for a third time in October at the CONCACAF Women’s Championship.

The U.S., drawn into Group A on Friday, is heavily favored in next month’s 2015 World Cup qualification tournament. Mexico is the favorite in Group B, putting the two teams on a collision course for the Oct. 26 final at PPL Park in Chester, Penn.

Mexico is dealing with a few key injuries heading into the busy international stretch. Striker Monica Ocampo has a dislocated shoulder and will miss the friendlies vs. the U.S. on Sept. 13 in Sandy, Utah, and Sept. 18 in Rochester, N.Y. Ocampo still has four more weeks of rehab, according to Mexico’s assistant coach, Chris Cuellar.

Midfielder Teresa Noyola is still not back to full training but should be available for the September matches and qualifying, Cuellar said. Noyola has been receiving treatment for tendinitis in her left Achilles, sustained while playing with the Houston Dash.

And striker Renae Cuellar will miss the entire fall to have knee surgery. She missed the end of the Washington Spirit’s season with a partial meniscus tear in her right knee and last saw the field for Washington on June 15. She did not score in her 10 appearances this season.

Mexico has just one win and one draw in 29 matches against the United States, but the one victory was a historic one in the semifinals of World Cup qualifying in 2010. The win sent Mexico to the 2011 World Cup and sent the U.S. into a two-leg playoff against Italy, which the U.S. won.

Mexico was drawn into Group B of the region’s World Cup qualifying event, alongside Costa Rica, Jamaica and Martinique.

“We have a core group Germany has participated in 2010,” Mexico coach Leo Cuellar said after the draw. “This coupled with the preparation we do every day will help us to achieve the main objective, be present at the World Cup Canada 2015.”

Mexico will take a week off following the second U.S. match before reconvening for qualifying, which will take place in Kansas City, Chicago, Washington, D.C. and greater Philadelphia from Oct. 16-25. Qualifying was originally slated to take place in Playa del Carmen, Mexico, like in 2010.

NWSL executive director Cheryl Bailey said in late August that the U.S., Canada and Mexico have all committed to continue subsidizing the contracts of allocated players, Cuellar says the number of allocated Mexican players will depend on teams’ interest in players. Presently, four subsidized Mexico players are confirmed to be returning to their teams, Chris Cuellar said. He identified Boston’s Bianca Sierra, Houston’s Arianna Romero and Sky Blue’s Ocampo as three of them.

“After the firsts season we asked teams to confirm the players they wanted to return or to choose players from our pool of players,” he said. “We did not decide who went to what teams. We felt it was a bad investment to send players to teams that didn’t want them or that had no chance of playing (them). The teams chose their players this season.”

This season, Houston sought out Noyola and Romero, while Washington wanted Cuellar and Portland wanted Jackie Acevedo, who played only 15 minutes all season. Kansas City wanted 19-year-old goalkeeper Cecilia Santiago, but she injured her neck and back in a February collision with New Zealand’s Hannah Wilkinson. Seattle Reign FC wanted Mexican center back Alina Garciamendez since 2013, but the Stanford graduate is in Germany playing with 1. FFC Frankfurt. Her NWSL rights remain with Seattle.

More than just the World Cup

An interesting predicament for both Canada and Mexico next summer is the Pan Am Games, which take place in Toronto from July 10-26.

The 2015 Pan Am Games start just five days after the Women’s World Cup ends. Will Canada and Mexico look to use senior team players? It’s very possible, and that will affect NWSL team rosters, perhaps for a longer period of time than anticipated. The Pan Am Games have previously been a full senior team event for the women, although the U.S. sent a U-23 team to the event in 2007. The U.S. will not send a team in 2015.

Chris Cuellar says that whichever players don’t return to the NWSL will be with Mexico in training camp through the end of the Pan Am Games, and then return again for World Cup qualifying in 2016.