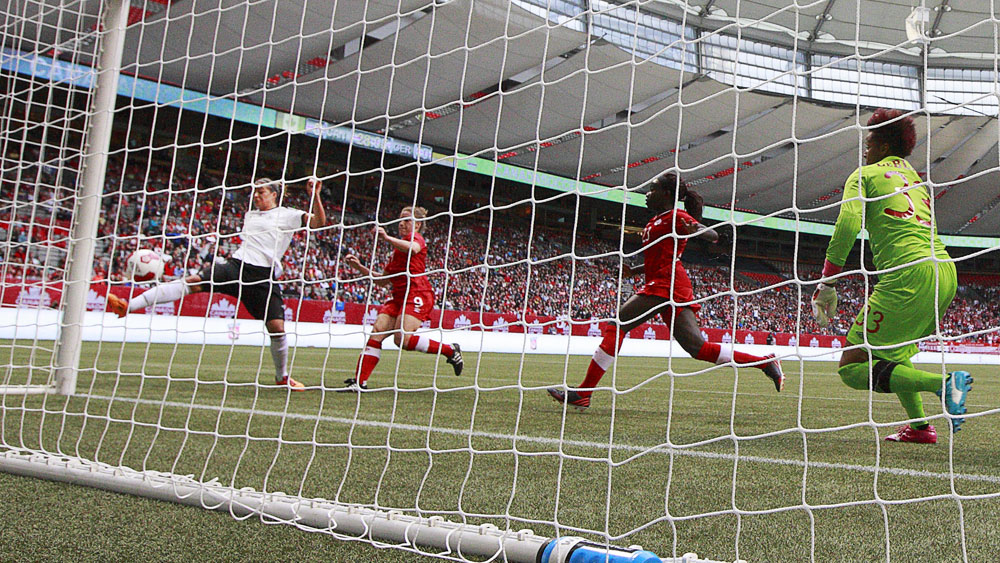 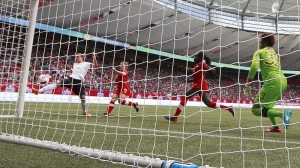 BC Place Stadium in Vancouver, seen here during the 2014 U-20 Women’s World Cup, will host the 2015 Women’s World Cup final next July. As of now, that match will be on artificial turf. (Getty Images)

As a group of approximately 40 international women’s soccer players continues to threaten legal action over the use of artificial turf at the 2015 Women’s World Cup in Canada, one question has loomed over the complaint: Why wait so long to take action, when Canada earned the tournament in 2011?

Lawyers for the group hope to have answered that with a letter, obtained by The Equalizer, that was sent to confederation presidents on Tuesday.

The letter contains portions of the 2013 survey filled out by 190 players and claims that “FIFA misled players into believing that World Cup 2015 organizers would provide natural grass fields if there was opposition to artificial turf.” Excerpts of the survey show that 77 percent of players “agree” or “strongly agree” that “all matches at a major international tournament should be played on natural turf.”

FIFA did not immediately respond to a request for comment confirming that figure or that players’ input would impact the playing surfaces of Canada 2015.

“We are investigating recent reports of player intimidation, waiting on public record requests to be answered, and remaining hopeful that Canadian and FIFA officials will fix their mistake voluntarily.  But we are also finalizing our lawsuit,” said Hampton Dellinger of Boies, Schiller & Flexner law firm, one of two firms representing the players pro bono.

Tuesday’s letter, sent to all six confederation presidents, also addresses “possibly illegal intimidation of players” who support the fight for natural grass at the World Cup. View the full letter, with the survey excerpts here.

The survey, distributed at the Algarve Cup in March 2013 to teams that included the United States, Germany and Sweden, is what first set off public player opposition to artificial turf at the 2015 World Cup. U.S. striker Abby Wambach and other was the first to speak out against artificial turf.

“We’ve worked so hard as female athletes – not only here in the United States, but internationally – to grow the game and in my opinion I think this is taking a step back,” Wambach told The Equalizer in March 2013. “All of the men’s international players around the world would argue the same point. A lot of these guys will not play on an artificial surface because it is an injury-prone surface and I don’t blame them.”

Canada Soccer Association officials said that their bid has been clear from the start about the use of artificial turf; all six venues at next year’s World Cup are scheduled to have artificial turf playing surfaces. FIFA awarded Canada the 2015 Women’s World Cup in March 2011 as the only bidding nation after Zimbabwe dropped out.

No senior men’s or women’s World Cup has ever been played on artificial turf (youth World Cups have been, including the 2014 U-20 Women’s World Cup in Canada this summer). Some women’s players, including Wambach, Alex Morgan, Germany’s Nadine Angerer and Brazil’s five-time FIFA World Player of the Year Marta, believe that it is gender discrimination and their lawyers say it violates human rights codes and the Canadian Charter of Rights and Freedoms.

The group’s lawyers – Boies, Schiller & Flexner LLP of the United States, and Canadian firm of Osler, Hoskin & Harcourt LLP – sent a letter to Canada Soccer and FIFA officials on July 28, stating that the use of an “inferior” surface for the Women’s World Cup “is discriminatory and violates Canadian law.”

FIFA acknowledged receiving the letter, but is yet to expand upon comment beyond vice president David Chung’s response on August 23 at a U-20 Women’s World Cup closing press conference.

“The correspondence that was received has been forwarded on to FIFA legal; it’s in the hands of FIFA, who are the domain of all FIFA World Cups,” Montagliani said. “It’s in the hands of FIFA. As the national organizing committee, we have the privilege and honor to manage these tournaments, but that matter has been referred over to FIFA and as a National Organizing Committee we actually have no comment on that issue at all.”