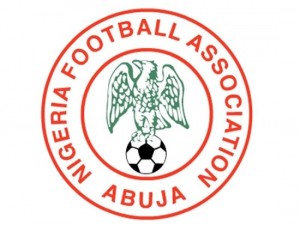 Nigeria’s federation is once again under threat from FIFA.

FIFA once again threatened Nigeria if “persons claiming to have been elected to NFF positions on 26 August 2014 and occupying their offices on” Sept. 8 at 8 a.m. CET.

The Nigerian Football Federation was suspended from all international competition in early July due to government interference with the federation following the men’s senior team’s Round of 16 exit from the 2014 World Cup. The suspension threatened the participation of Nigeria at the U-20 Women’s World Cup, but the ban was eventually lifted and Nigeria went on to finish runners-up at the U-20 tournament, which served as a breakout for Golden Ball and Golden Boot winner Asisat Oshoala.

FIFA’s expanded upon its latest decision:

The decision follows events linked to the NFF general assembly held on 26 August 2014. While the said general assembly was duly convened by the NFF Executive Committee to adopt a new roadmap leading to the NFF elections, some members proceeded to hold elections in the absence of the NFF President, who was being held by security forces for questioning.

“In a letter sent on 29 August 2014, FIFA confirmed that it would not recognise the results of the aforementioned elections and that the matter would be brought to the respective FIFA bodies should there still be persons claiming to have been elected and occupying the NFF offices at midnight on 1 September 2014. On expiry of the deadline, some people were still claiming to have been elected and were occupying the NFF premises.”

Once again, the most immediate impact of this could fall on a women’s team — the senior national team. Nigeria was supposed to begin training camp on Monday, Goal.com reports, but is yet to do so due to the ongoing issues with the federation. The 2014 African Women’s Championship begins on Oct. 11, and the tournament doubles as qualifying for the 2015 Women’s World Cup.

“Each day that passes still outside the camp reduces our chances of doing well at the championship,” Nigeria coach Edwin Okon said,

Nigeria has qualified for all six previous Women’s World Cups. The top three finishers at the 2014 African Women’s Championship advance to the 2015 World Cup. Nigeria is scheduled to open the October continental championship with Nambia, followed by Ivory Coast and Zambia.