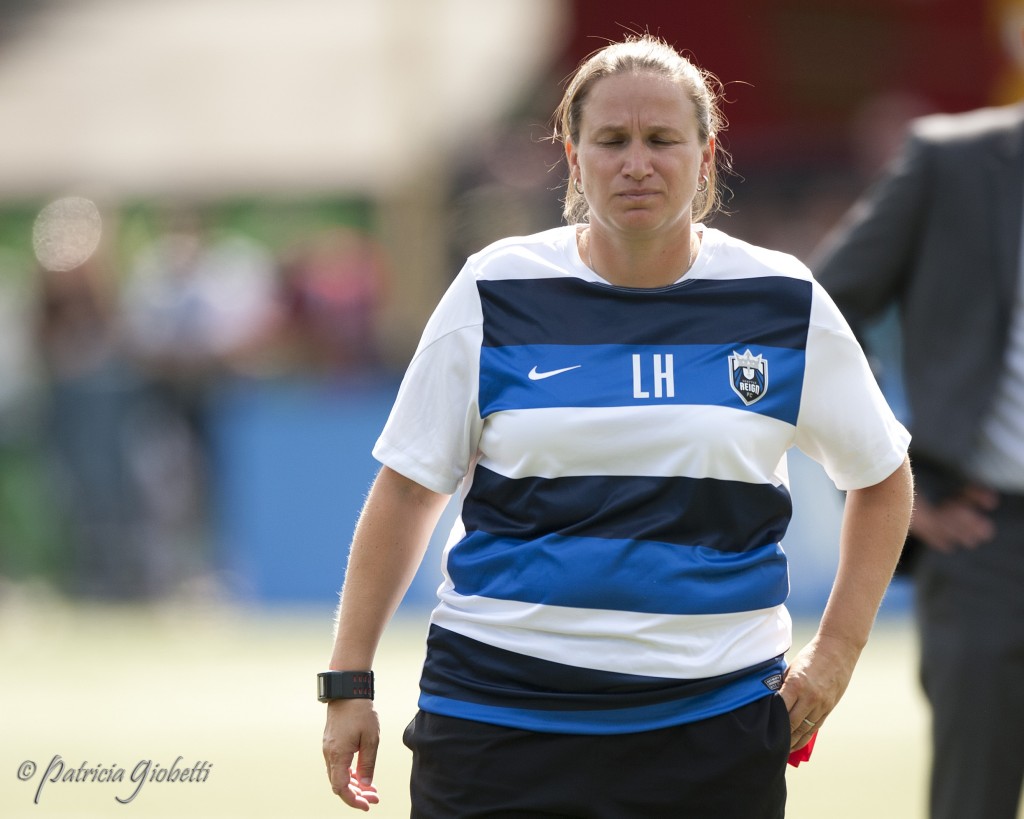 With Sunday’s 2-1 NWSL Championship loss to FC Kansas City went not only the Reign’s postseason title hopes, but the chance to cap off one of the best years in the eight-season, three-league history of professional women’s soccer in the United States.

“No one will have a season like we did. It won’t happen again,” Harvey said matter-of-factly postgame.

The looming World Cup and Olympics over the next two years will pull national team players away from the league, and Reign coach Laura Harvey is convinced that Sunday’s loss could be felt for years to come.

Harvey knows how special her 2014 squad was. Seattle lost twice in 24 regular season games, both on the road. The Reign opened the season on a 16-game unbeaten run – two-thirds of the way through, and looked like they could run the table. They won the NWSL Shield as regular season champions, with no others – even second-place Kansas City – posing much of a challenge.

“I think the hard thing for us now is, ‘How do we make this team better?’ To be honest, I’m not sure how you do that. That’s the thing we’ve got to try to overcome. I think next year will be a very tough year with the schedule with the World Cup, so I don’t think it will look anything like this year.”

On Sunday, the Reign fell for the first time at home, although the championship match was played at the team’s 2013 home due to their 2014 home, Memorial Stadium, being unavailable due to an already booked music festival. Amy Rodriguez scored twice and the Blues won the championship, finishing the job – as their supporters’ sign says at their stadium back home, and in the suburban Seattle stands on Sunday from a few dozen traveling fans.

FC Kansas City weathered the early storm Seattle presented, buckling down defensively and sitting its midfielders deep to provide cover. Twenty minutes in, the Blues settled down, established more of the possession game that they are known for, and quickly found the back of the net.

For the whole of the game I actually thought we were in control,” Seattle midfielder Jess Fishlock said. “For the first 45, we pinned them in. I don’t think they got a rhythm at all. They got out of it once because our gaps between our units were too big. We knew that if we let our gaps between our units get too big, Holiday would find the gaps, because she’s that good. She did it once in the first half and they got a goal. You know, I actually thought that was the best game we’ve ever played against Kansas (City), actually. I thought that we were on top and in control for the majority of the match, but they sit really deep and they have a great block. Then in (Holiday), they have a great transition player. I felt that we contained her just as well as we have in any other game, to be honest.”

So the Reign are left wondering what actually went wrong on Sunday, and they’re faced with the simple fact that they may just have been a bit unlucky. They played their game, they did what they came to do. Opportunities came, especially late with a flurry of chances for an equalizer in the final minutes, but they were too late. 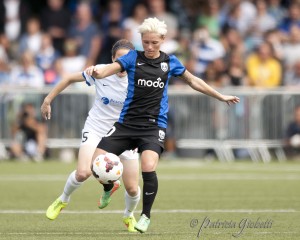 And two moments of brilliance from Holiday and Rodriguez sunk what often this season looked like world-beaters. Holiday proved to be the difference-maker, eclipsing, for the day at least, her 2013 league MVP form.

“She’s an exceptional talent and when you give her time on the ball she’ll absolutely destroy you, and that’s what she did,” Harvey said of Holiday, standing just a few feet from the MVP as she pointed to her. “We gave her time on the ball twice. I’ve said for a long time that I’ve always believe that her and Kim Little are the best No. 10s in the world, and I think they proved it today. Kim didn’t get a goal but I think she had and exceptional game, and this lady next to me just has that killer instinct.”

Kansas City’s reward was one that eluded the Blues last year after they peaked early and sputtered to a semifinal exit at the hands of eventual champions Portland. With eyes already on next year, the Reign hope to replicate Kansas City’s ability to turn disappointment into triumph the next year.

“It gives us a goal, for sure,” Harvey said. “I think you saw that with Kansas today, they were hungry. To me they were by far the best team in the league last year and they didn’t get this award. You could see how hungry they were for it and hopefully we can come back and do the same.”

Midfielder Megan Rapinoe, who scored the Reign’s only goal, is already looking toward next year.

“Of course (it’s a disappointment),” she said. “When you look around our locker room and see the squad that we have, to not win it at the end is unfortunate. To know that we won the Shield, the best team in the league during the regular season. But I think that this club also has a long-term goal as well. It’s not just about this year. We have a future that we are looking forward to and it will be a little bit interrupted over the next couple years, but hopefully after that we can keep the foundation and keep going from there.”

Andonovski: No one was going to be better than us today
NWSL final notebook: Putting a bow on Season 2