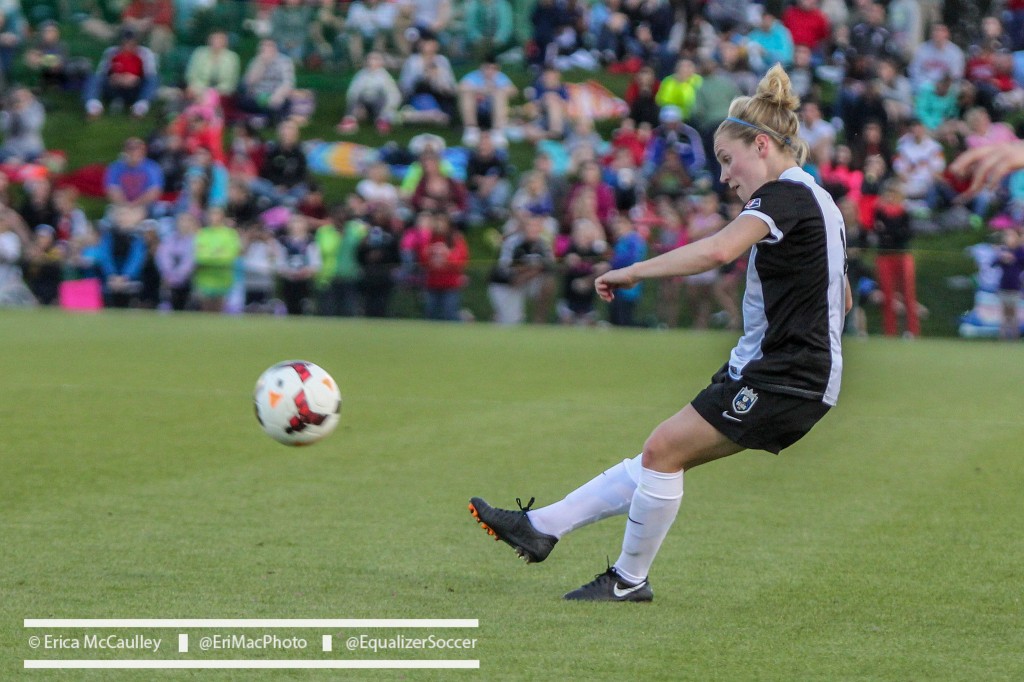 Kim Little is the 2014 NWSL MVP. (Photo Copyright Erica McCaulley for The Equalizer)

Seattle Reign FC midfielder Kim Little has been named the 2014 National Women’s Soccer League MVP. The Scottish midfielder led the league in goals (16) in her first season in the NWSL. She also had seven assists in 23 matches.

Little was named NWSL Player of the Month three times this year — in April, May and July. The 24-year-old played primarily as one of Seattle’s three midfielders in coach Laura Harvey’s 4-3-3 formation, but would push up into a more advanced role when the Reign were in need of a goal.

Little has her team in Sunday’s NWSL final against FC Kansas City, having helped the Reign turn around last year’s seventh-place finish into a dominant regular-season performance that won Seattle the NWSL Shield.

“The thing about Kim that makes her as special as she is, is that she does the very simple things at the highest of qualities,” Little’s Seattle teammate Jess Fishlock said on Wednesday’s national conference call. “It’s something like that that I that makes her as good as she is.”

Seattle acquired Little’s rights from the Washington Spirit in a November 2013 trade that sent Christine Nairn to the Spirit.

On Wednesday, Harvey was named NWSL Coach of the Year.

The NWSL awards are voted on by a selection of journalists that cover the league on a consistent basis, team officials and NWSL players.