Fishlock thrived in improved Reign side 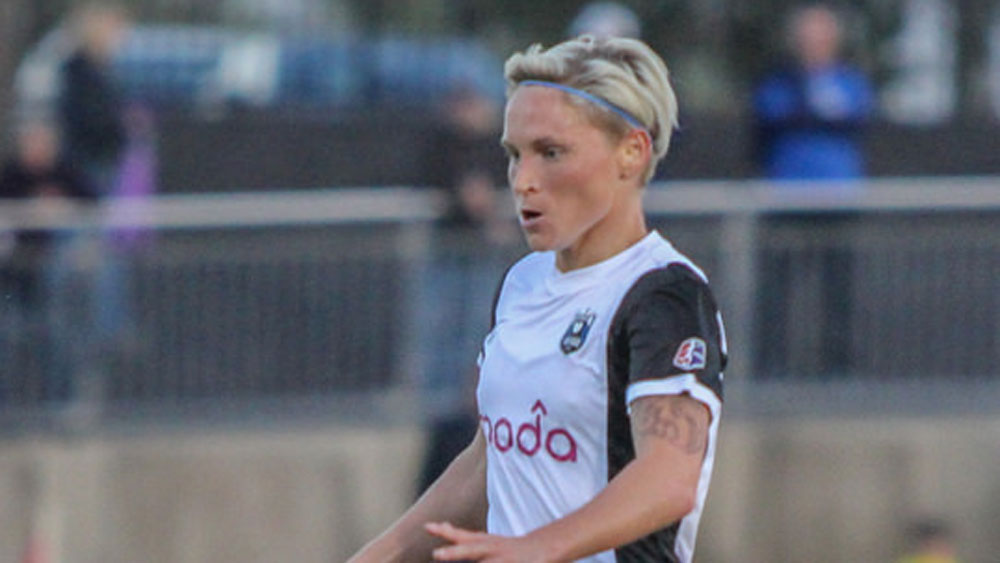 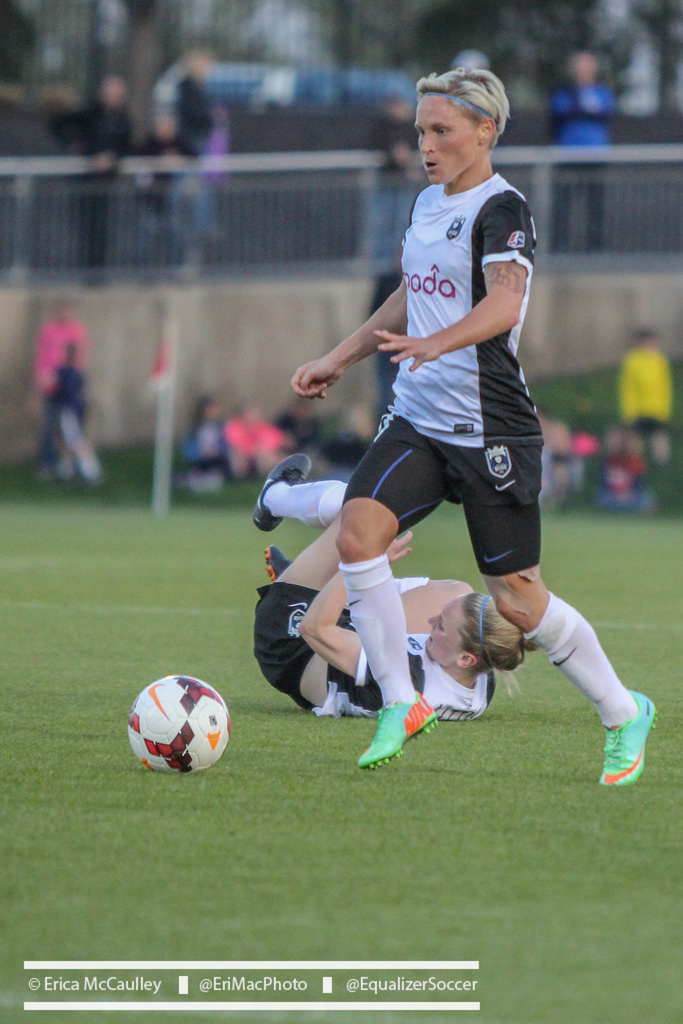 Jess Fishlock has found comfort in her new role for Seattle this season. (Photo Copyright Erica McCaulley for The Equalizer)

TUKWILA, Wash. — Jess Fishlock hit NWSL like a tornado last year.  She arrived from Wales a virtual unknown but made an immediate impact.  Fishlock cut a conspicuous figure with her platinum blonde hair, and was conspicuous with her physical play and unwavering dedication to ball winning.

And so it came as a surprise to some earlier this season when the 27-year-old midfielder admitted she was so intimidated by the physicality of her first NWSL match she considered bolting the Reign right then and there.

“I nearly jumped on a flight back home after that one.  You can ask Laura, I told her, I can’t do this.”

Fishlock stuck it out and wound up being named to the league’s Best XI in 2013 despite the Reign finishing near the bottom of the table.  And more than any other Reign player who is still on the roster from last season, Fishlock has benefited from the upgrade in personnel virtually across the board.

With Kim Little — named 2014 league MVP on Thursday — now running the offensive end of midfield and Kendall Fletcher having been the final peace in creating a quality back four, Fishlock is free to keep on creating turnovers in the midfield.  Only instead of trying to turn it into instant offense, she can now play it ahead and watch Little and friends turn it into magic.

“More kind of relaxed this year than last year,” Fishlock said on a conference call to preview Sunday’s championship match against FC Kansas City.  “Last year I was kind of going 99 or 100 miles per hour every game.  Whereas with the personnel that we have, we have people to do the attacking and score the goals.  I’m really happy with my role this season.  I’ve had a lot of fun playing it.”

On Little, Fishlock said there was a rapid cohesion that developed when the Scot joined the midfield.  That much was evident when the Reign jumped out of the chute with seven straight wins, and played nine more after that without losing.  Yet it is Little’s simplicity over flare that Fishlock believes makes her a world class soccer player.

“She does the very simple things at the highest of quality,” Fishlock said of Little.  “It’s something like that makes her as good as she is.  You probably won’t see her do 10,000 step overs and get past people that way.  But her first touch and the way she opens her body and the way she rolls her body.  It’s simple, but it’s of the highest quality.  And you don’t find that often.  The beauty with us is we find Kim because she’s always in great position.”

The third member of the midfield trio is Keelin Winters, another returning Reign player.

“It’s a fun trio,” Fishlock said.  “We all know our roles (and) our jobs.  We have a great balance between the three of us on how to deal with things and control the tempo of the game.  When you have the likes of Keelin with you and someone like Kim on the other side of you.  It’s a lot easier to kind of just play the game the way you want to play because you’ve got these fantastic players around you.  The three of us just really have a great bond and a great connection.  And we really do work for each other.”

The simplicity brought to the team by Little was infectious in last Sunday’s semifinal victory over the Washington Spirit.  The Reign made a killing this season off of falling behind in matches but still managing to get a result.  But after starting 7-0-0 their supremacy atop the table was never really tested.  So when they fell behind to the Spirit in a hotly contested match they suddenly found themselves staring down the end of the season.  And yet no one panicked.

“(Sunday) was probably the first time since maybe Portland (May 10) that we really, really had to win the game,” Harvey said.  “I didn’t see a difference, we still played the same football.”

Fishlock said that starts with Harvey, going all the way back to last year’s 5-14-3 season that included a nine-match losing streak.  “One thing about Harvey is she just didn’t change.  Nothing from day one last year to right now has changed in her approach to the way she coaches and the way she handles situations.”

With one more match left to reach their ultimate goal the Reign do not expect that one to be easy either.  They played FC Kansas City three times and all three matches included stretches when the Reign got pushed back on their heels a bit.  Harvey said her team set out to play similar to the way she saw Kansas City play in 2013, and that has created a matchup not only of the two best teams in NWSL, but of two teams capable of playing attractive soccer at the same time.

“I’m sure it will be really tight,” Harvey said.  “The games have been tight but there have also been a lot of goals in them.  I think that will probably be the case again.”

Bailey: No NWSL expansion for 2015…as of now
Ellis names 28-player roster for Mexico friendlies