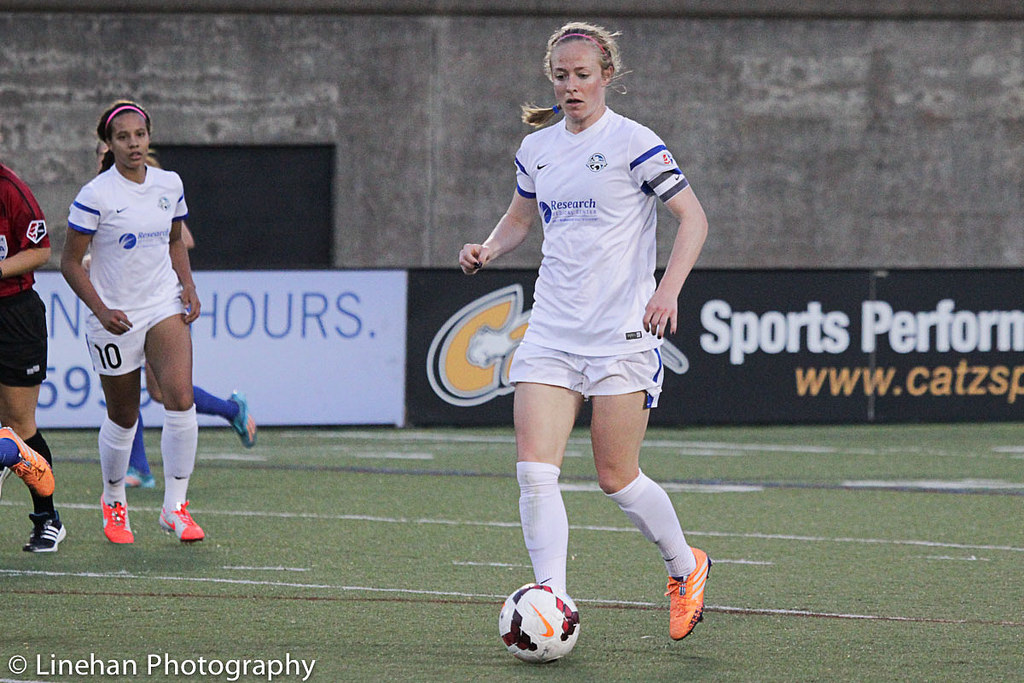 Becky Sauerbrunn is the NWSL Defender of the Year for the second straight season. (Photo Copyright Clark Linehan for The Equalizer)

FC Kansas City defender Becky Sauerbrunn has won the NWSL Defender of the Year award for the second straight season, becoming the first repeat award winner in the fledgling league.

Sauerbrunn, 29, played in 22 matches for FC Kansas City this season. The Blues, with Nicole Barnhart in goal, had a 1.33 goals against average and a league-high eight shutouts.