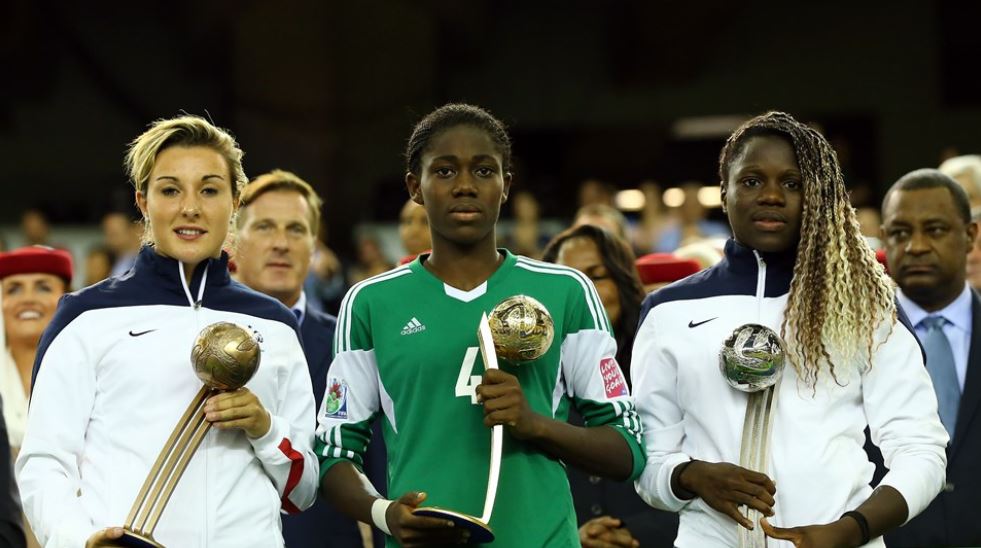 MONTREAL, Canada – There was a buzz around Olympic Stadium on Sunday every time France’s Claire Lavogez or Nigeria’s Asisat Oshoala touched the ball.

Everyone knew there was a high possibility for something special to happen; at the very least, they were going to try something creative. Lavogez, a crafty spin-turn. Oshoala, a rollover with a push-and-go, leaving a defender in the dust.

For over a decade, the U-20 Women’s World Cup has been a prelude to the senior international level, introducing the world to the stars of tomorrow. The trend began immediately in 2002, when the inaugural edition of the tournament – then the U-19 Women’s World Championship – served as an international breakout for Canada’s Christine Sinclair and Kara Lang, the United States’ Heather O’Reilly and Lindsay Tarpley, and of course, Brazil’s Marta, who two years later won her first of five straight FIFA World Player of the Year awards.

Canada 2014 was no different. The seventh edition of the U-20 Women’s World Cup highlighted what looks to be the next round of international stars. Oshoala stole the show, winning the Golden Ball as the tournament’s best player and the Golden Boot with seven goals in six matches.

From France came the Silver Ball and Bronze Ball winners, Griedge Mbock Bathy and Lavogez, respectively, two players who could possibly find themselves back in Canada next summer in the senior World Cup.

Oshoala’s current form suggests she is ready to join the senior Nigerian team in Canada next year. She was the fastest player on the field in every match in which she played in this tournament, able and willing to beat defenders on the dribble. Often she looked like a woman among girls.

Mbock Bathy shone from a deeper midfield role for France, proving valuable both on the ball and as a leader, captaining this French side after leading the U-17s to a World Cup title in 2012.

But Lavogez stole the show, especially in the French-Canadian city of Montreal, where Les Bleuettes felt right at home, playing five of their six matches at Olympic Stadium. It’s easy to draw comparisons between the 20-year-old Lavogez, who wears the No. 10 shirt, and her senior counterpart Louisa Necib, who has similarly sharp footwork and represented France in the 2006 U-20 Women’s World Cup.

Lavogez, however, says she models her game after one player, and there’s no translation needed. “Zidane,” she says, matter-of-factly.

Lavogez may have a harder time than Oshoala in cracking her senior team in 2015, but the potential is there. France senior team coach Philippe Bergeroo was in the stands on Sunday observing her and the rest of the team as they claimed third place. But for all the entertainment Lavogez’s flashy skills provide the crowd, her current coach, Gilles Eyquem, still sees room for development in rounding out Lavogez’s game.

“Yes, of course I wish that for her, to go to the senior team, but for now the most important thing in her progression will be to maybe to learn to play more with the group,” Eyquem said. “She is a very good player, but she sometimes forgets that she has to play with her fellow partners. The senior women’s team coach was here in the stands – Philippe Bergeroo. He will probably say that to her, the way I told her already, too.”

“I’m aware of that, but I don’t always agree with that,” she said with a big smile, and bronze medal over her neck.

If she keeps pulling off moves like the below – one of so many during the last three weeks – nobody will be disappointed. Except maybe her opponents.