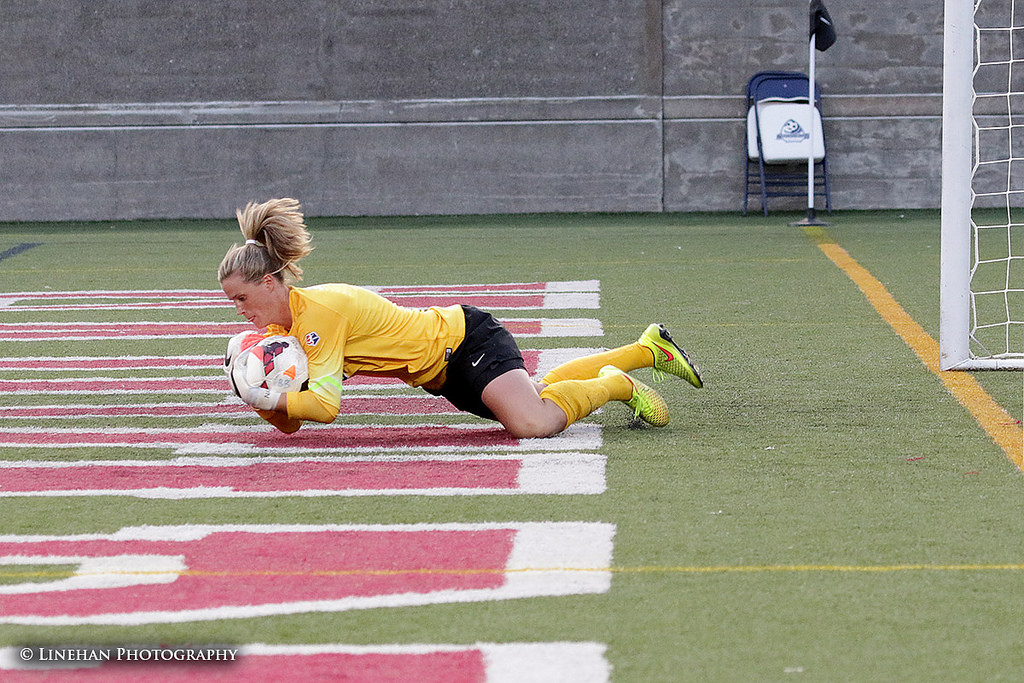 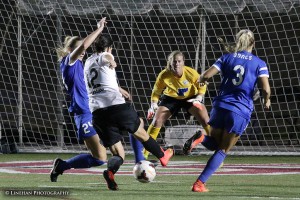 Alyssa Naeher was voted NWSL Goalkeeper of the Year. (Photo Copyright Clark Linehan for The Equalizer)

Alyssa Naeher became one of the most statistically unlikely award winners on Monday when NWSL announced the Breakers’ keeper as its Goalkeeper of the Year for 2014.  Naeher beat out Hope Solo and Ashlyn Harris, the two keepers who squared off in Sunday night’s semifinal.  Naeher was in U.S. national team camp last week backing up Solo after Harris had to pull out due to a concussion.

Naeher played behind one of the softest and most erratic back lines in the league and consequently conceded a league-high 53 goals and had a 2.21 Goals Against Average.  She led the league in losses but also in saves.  And many of the 106 she was credited with were of the spectacular variety.

On August 10 Naeher made 10 saves in a 2-0 shutout win over the Thorns that nearly put Portland out of the playoffs.  For her efforts she was named Player of the Week.  No other goalkeeper was bestowed with the honor in 2014.  Naeher’s 106 saves were 23 more than her nearest pursuer, Erin McLeod.