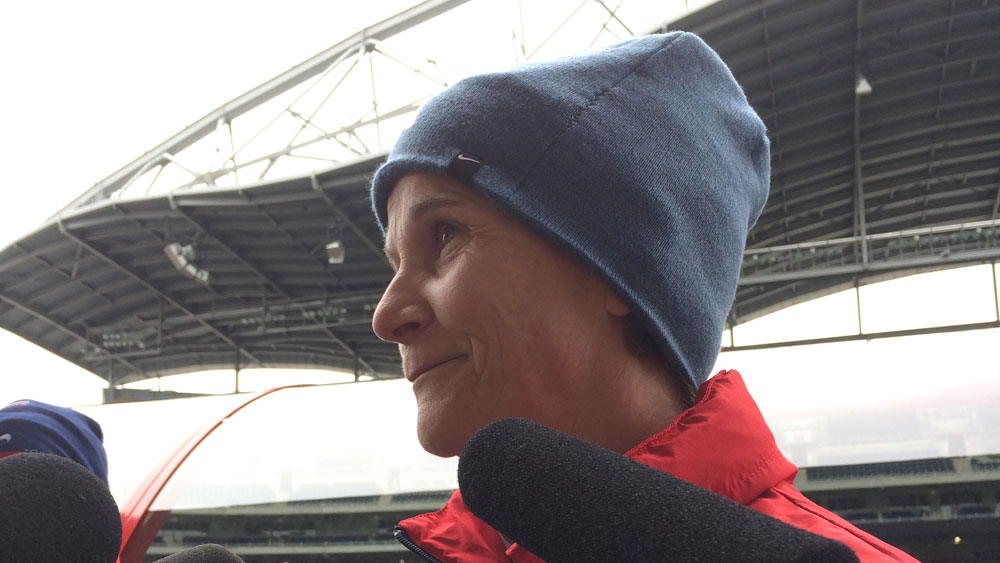 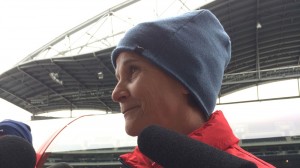 Jill Ellis is sure to get plenty of time with her U.S. team in the 2015 World Cup buildup. (Photo Copyright Harjeet Johal for The Equalizer)

We did warn you of this. And now Soccer By Ives’ Caitlin Murray reports the U.S. women will go into residency camp for at least two months ahead of the 2015 Women’s World Cup.

That jives with what former U.S. coach Pia Sundhage (now in charge of Sweden) candidly wrote in her blog recently, saying that she spoke with current U.S. coach Jull Ellis. Sundhage writes that U.S. players will be in camp from January through March, play a few league games, and then reconvene in May ahead of the June 6 kickoff in Canada.

This is similar to what Canada is expected to do. As The Equalizer reported in January, Canada is set to withhold players from NWSL in favor of residency prior to the 2015 World Cup. But they are likely to play following the tournament, which ends on July 5, 2015. Details and specifics, however, remain unclear.

“We’re going to get allocated, same process we’ve had in the past,” Sky Blue FC and Canada midfielder Sophie Schmidt told The Equalizer last week. ” I’m not exactly sure what the league’s going to do with regards to the World Cup (or) if Canada is going to be in residency or not. I haven’t heard. But we’ll definitely be back playing. I don’t know in what form.”

Details of the 2015 NWSL schedule structure were supposed to have been released over a week ago after being decided upon at an August 11 owners’ meeting. Those remain in the balance publicly, but Thorns owner Merritt Paulson’s tweet that U.S. players will miss eight NWSL matches in 2015, combined with the amount of residency they are reportedly due for, suggests a back-loaded season potentially with a reduced number of matches.