France tops Korea DPR for third place at U-20 WWC 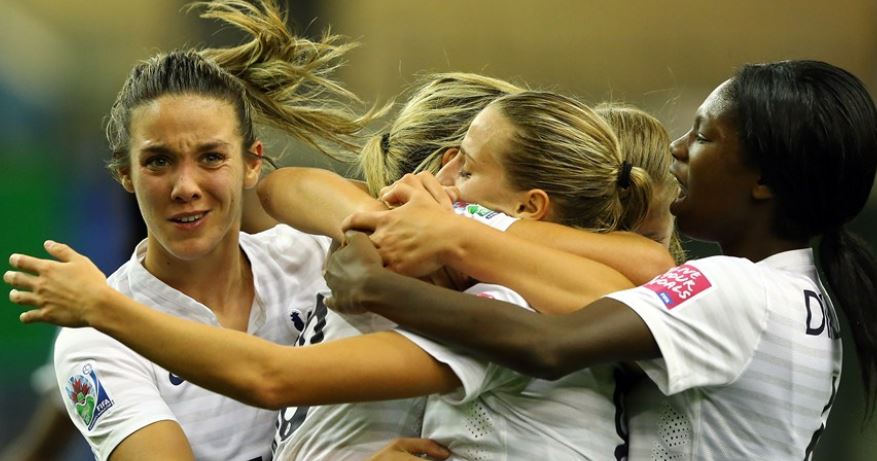 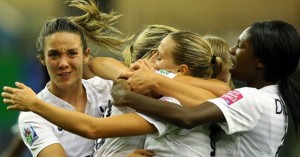 MONTREAL, Canada — France fell short of following up its 2012 FIFA U-17 Women’s World Cup triumph with a U-20 title in 2014, but Les Bleuettes will return home with their first-ever U-20 medal — a bronze — after defeating Korea DPR, 3-2 on Sunday at Olympic Stadium.

Later in the evening, Germany defeated Nigeria in extra time on a 98th minute goal from Lena Petermann, lifting Germany to a third U-20 Women’s World Cup title.

Aissatou Tounkara scored the game-winning goal for France in the 79th minute, lobbing Korea DPR goalkeeper Kim Choi Ok from 12 yards out after commotion in the box following a corner kick, which Kim failed to punch out of the area.

“We played well and the group did well during the competition,” France coach Gilles Eyquem said. “The girls met our expectations and of course you always want to do better than you did, but they played well. We saw some good things in the semifinal. They may have lacked some efficiency but it’s good we won.

The goal stood as the winner after the two teams traded tallies in wild fashion.

Ri Un Yong opened the scoring on a free header three minutes after halftime, giving Korea DPR a 1-0 lead. But Claire Lavogez, whose trickery on the ball drew cheers from the pro-French crowd throughout the match, equalized in the 53rd minute, slamming the ball into an unmanned net after it bounced around in the area.

France then went ahead on a wonder-strike from Aminato Diallo, whose shot from the right top corner of the 18-yard box curled and dipped to the back post, clanking off the underside of the crossbar and into the goal.

But in even quicker fashion than France had done, the North Koreans equalized. Choe Un Hwa scored just six minutes after entering the match, tapping in a loose ball after French goalkeeper Romano Bruneau made the initial save on another free kick.

France, however, made good on a set piece of their own. Tounkara’s goal lifted France to third.

Defender Griedge Mbock Bathy, who won the Golden Ball at the 2012 U-17 Women’s World Cup that FIFA won, was happy with the third-place finish.

“It’s a success,” she said. “Our goal was to be one of the last four teams so it’s definitely a success.”

“Today I am not satisfied with the performance of our players, especially the defenders,” he said.