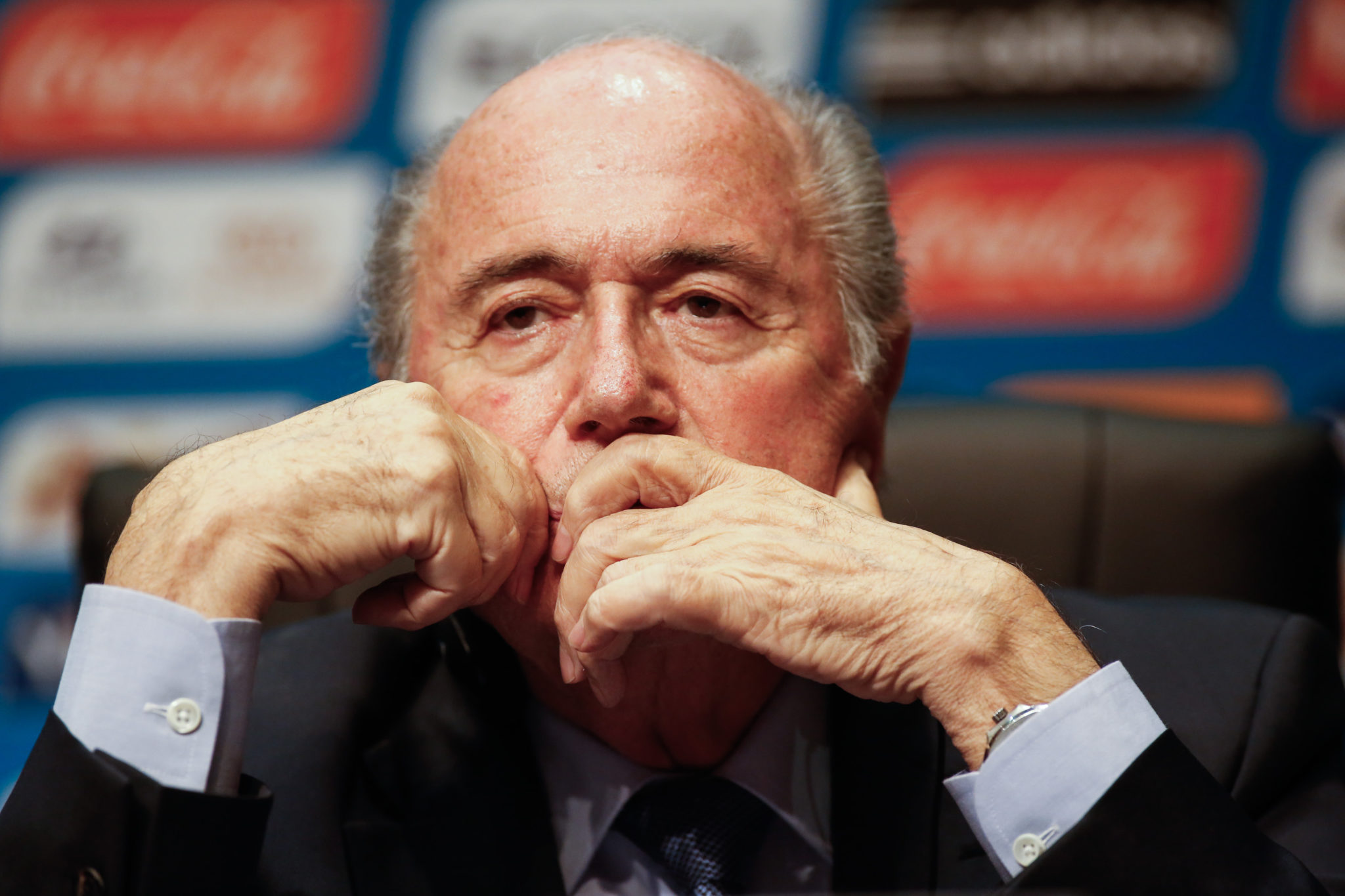 A profile of FIFA president Sepp Blatter in a new in-house magazine features language many would deem sexist.

In a new edition of FIFA’s weekly magazine, a profile on Blatter reads: “Football is a simple game that only becomes complicated once you attempt to explain the active and passive offside rule to your wife.” 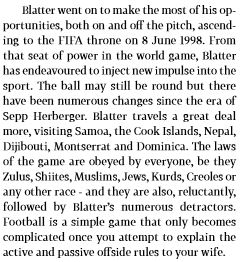 The words are of the author, Sepp Renggli, but the publication is produced and edited by FIFA. The full issue can be found here.

Blatter previously made news in 2009 when he said women’s soccer could gain more attention if players wore “more feminine clothes like they do in volleyball,” suggesting “tighter shorts.”

FIFA has also come under the microscope recently for its decision to allow Canada to host the 2015 Women’s World Cup exclusively on artificial turf fields. A coalition of international women’s players is prepared to sue, as first reported by The Equalizer, citing violations of the Canadian Charter of Rights and Freedoms.”

FIFA is yet to comment on the players’ letter threatening legal action over artificial turf, but the organization acknowledged receiving the letter. On Saturday, at a press conference ahead of the U-20 Women’s World Cup final in Montreal, Canada Soccer and FIFA officials declined to comment further on the issue.