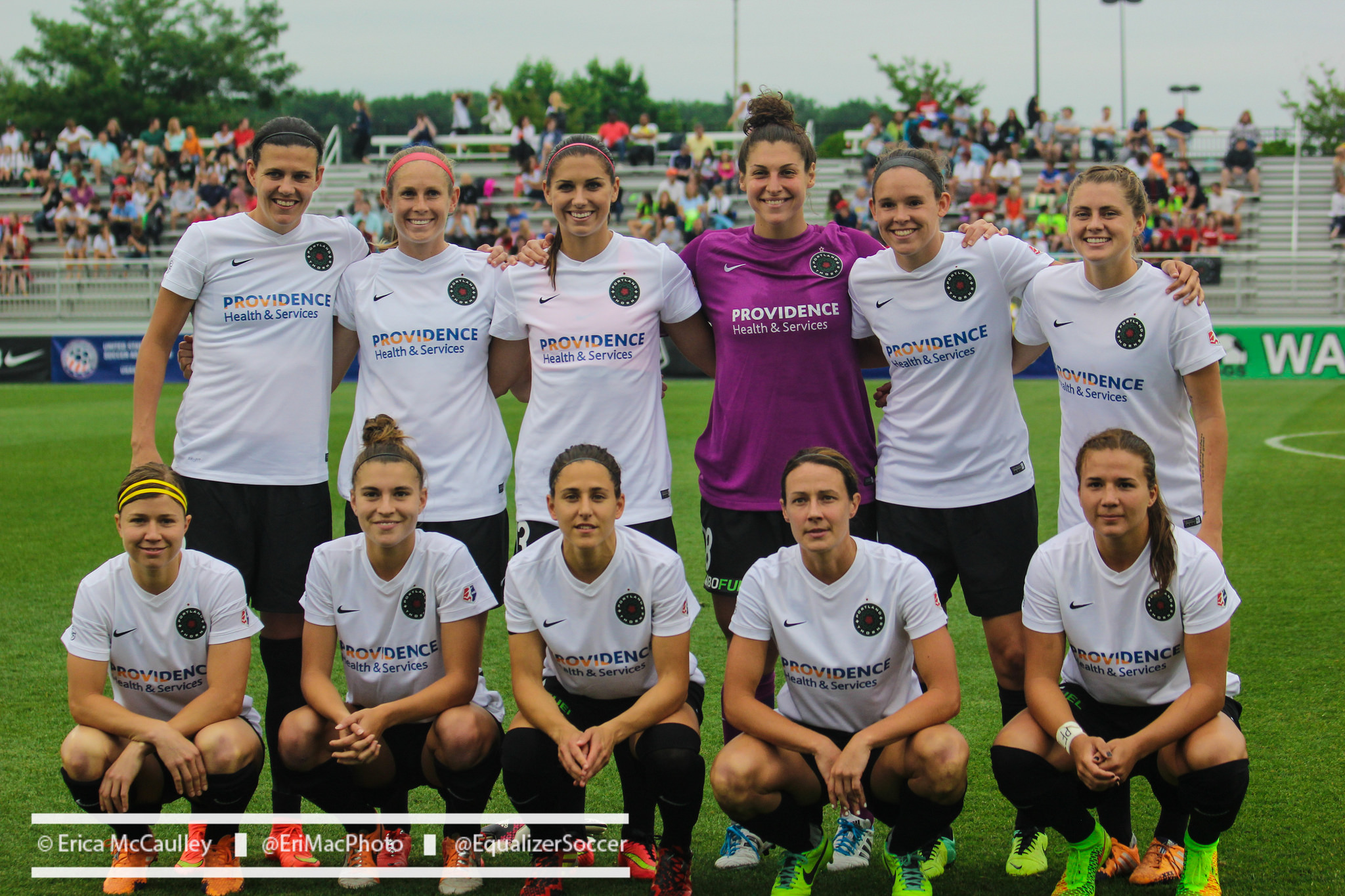 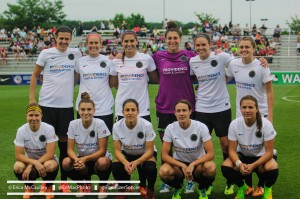 FC Kansas City waited one day short of a year to get back to the NWSL semifinals, where they coughed up a 2-0 lead at home to the Thorns in 2013.  That this year’s match was also at home against the Thorns added to the story.  But there would be no denying the Blues this time around.  Their 2-0 victory over the Thorns on Saturday booked the Midwest side its first appearance in the championship match.  So what was different about this year’s semifinal? It certainly wasn’t the heat.  The sight of Thorns’ players dipping their feet in ice buckets during the 2nd half cooling break made it easy to forget that last year’s match was also played in oppressive, Kansas City heat.

1 — The pace and tenor of the match was different

Last year FC Kansas City went ahead 2-0 in the opening 25 minutes and it was easy to write off the Thorns, who were in complete disarray following a home loss to the Blues just three weeks prior.  But FC Kansas City’s most poignant weakness was an inability to hold onto late leads.  Instead of pushing the match by shoving their possession down the Thorns’ throats, they softened up, allowing their guests to halve the lead before the break.  FC Kansas City lasted just past the hour before the Thorns tied it up.  And extra time was all Thorns, with Allie Long connecting on the match-winner against a weary home side.

This year’s match had a much more deliberate pace to start.  The Thorns controlled more possession for the opening 30 minutes but were never able to find anything dangerous in Nicole Barnhart’s box.  On the other side, FCKC tried to knock the ball around and had some success with it, but good midfield pressure from the Thorns proved frustrating, and the Blues rarely made the final pass into dangerous areas either.  But what FC Kansas City did that they could not do in 2013 was gradually put a stranglehold on the match.  While their back line held up like the scorching temperatures, the Thorns’ began to wilt.  And they never looked capable of getting things turned around after going down 1-0 right around the time they had tied things up in 2013.  The second goal was partially a result of lazy defending that kept Lauren Holiday not only onside but unmarked.

Holiday was the undisputed leader of FC Kansas City’s attack in 2013.  She led the league in goals, assists, and highlight reel goals.  She was a near unanimous selection for MVP.  But Holiday was also developing something of a reputation for not being at her best in the biggest games.  The 2013 semifinal did nothing to dissuade that notion.  She was not directly involved in either Kansas City goal, and when things tightened up late and the team needed a goal, Holiday was nowhere to be found.

This year was different.  On Wednesday, Holiday was named Woman of the Match when the U.S. beat Switzerland, 4-1 in a friendly.  Saturday she made acted as middle woman in a fabulous opening goal, laying off a perfect and well thought out ball to Amy Rodriguez for the decisive play in the entire match.  Holiday scored the second goal herself, making a smart run along the Thorns’ back line, receiving a pass, turning, and shooting with the confidence befitting a player capable of making a difference in an important match.

Last year, Leigh Ann Robinson came into the match carrying a leg injury she had picked up only six days earlier.  Robinson played the entire 120 minutes in the semifinal and both she and FC Kansas City coach Vlatko Andonovski downplayed the injury afterwards, but it was clear Robinson played at less than 100 percent.  She was particularly thwarted when it came to getting forward, which took a good bit of pressure off Nikki Marshall, the Thorns’ left back at the time.

Fast forward to Saturday and Robinson was the healthy one while her outside back counterpart Stephanie Catley was not.  Catley played well in the match, but Robinson won her flank, and that was a marked difference from a year ago.  The Thorns were also missing Marshall, a center back this season, who tore her ACL last weekend and missed a match for the first time in franchise history.

4 — Repeating is hard to do

Repeat sports champions are difficult to come by, especially in the Parity Era that has consumed the folks who run the North American leagues.  The Thorns had a horrible summer last year, punctuated by their loss to FC Kansas City in early August, after which Danielle Foxhoven revealed some of the turmoil in her post match comments.  But they held it together for two weeks and won two road playoff matches against excellent sides.  It was a fairy tale ending for a team that was expected to be the one hosting those playoff games.

The addition of Paul Riley as head coach this season was supposed to cure what ailed the Thorns.  They were going to play more freely and fluidly.  And they did—for a while.  And then the bottom nearly fell out again to the point they needed help from other teams just to have a chance to play their way in on the final day of the season.  That set them up for another chance to win a road game and maybe two.  But the 2014 Thorns couldn’t bottle the lightning again.  If it is difficult to win consecutive titles from a position of strength; it is that much more difficult to do it from when you’re counting on a run of bad form to suddenly straighten itself out.