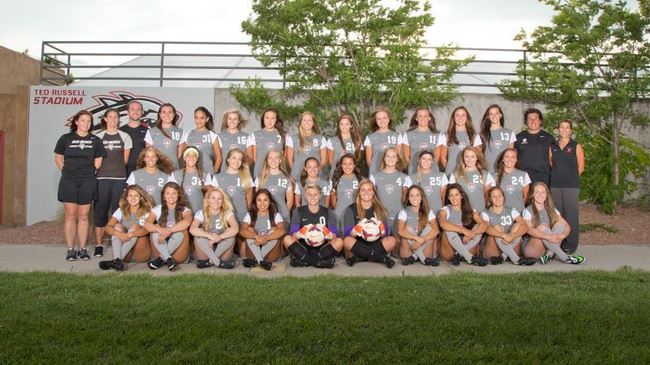 ALBUQUERQUE, N.M. — University of New Mexico Athletic Director Paul Krebs said Wednesday that there’s no question there was hazing by the women’s soccer team and that alcohol played a role.

Two team members were sent to the hospital following the incident, which a police report said involved several players who were extremely intoxicated.

Krebs said no one was forced to drink, but because of peer pressure officials consider it hazing.

Despite the efforts of the athletic department and the coaches to develop leadership among student-athletes and to build team chemistry, Krebs said not enough was done to prevent the hazing.

“In this particular instance involving our women’s soccer program, we failed,” Krebs said during a news conference. “Whether it’s coach (Kit) Vela, myself, as a department, we failed the young women in this program, that they didn’t understand and they didn’t know better that what they were doing was simply wrong and uncalled for and should have never happened.”

As punishment, the team’s season opener in Lubbock, Texas, was cancelled. The players also have to participate in a mandatory hazing-education class, and they will have to do community service.

The investigation is ongoing, and officials said additional sanctions are possible.

On Tuesday, freshmen twins Danielle and Devin Scelsi quit the team and withdrew from the school.

University police were sent to a dormitory on campus Sunday night in reference to a student who was highly intoxicated. Danielle Scelsi, 18, told police her sister was having trouble breathing and appeared to be vomiting.

Two other 18-year-olds in the apartment also appeared to be intoxicated, according to the police report.

A rescue unit with the Albuquerque Fire Department responded. Devin Scelsi and one of the other teens were taken to the hospital.

The police report states Danielle Scelsi told officers they were all members of the soccer team and “had participated in some kind of initiation event.”

University officials revealed the team made stops at several houses that night, alcohol was consumed and at some point, liquid soap or window cleaner was sprayed on the freshmen players.

Krebs and Vela said they were frustrated and disappointed that the older players did not step up to put a stop to what was happening. They said the players are only now starting to realize the gravity of the situation.

“They’re devastated, and I don’t think that’s too strong of a word,” he said. “But they were wrong, and they’re going to be held accountable for what they’ve done.”

Krebs sent a note to all student-athletes as a reminder of how the university addresses hazing. All athletes are required to sign a form on which they acknowledge what hazing is and say they won’t participate in hazing. They are also required to bring hazing to the school’s attention.

Krebs said he hopes the situation will prompt the university to adopt more specific guidelines within the student code of conduct to prevent hazing.

Copyright 2014 by The Associated Press